I've build Atari 800XL and Atari 65XE USB keyboards before. I've also built a 65XE with an integrated Raspberry Pi. This one is a step further. 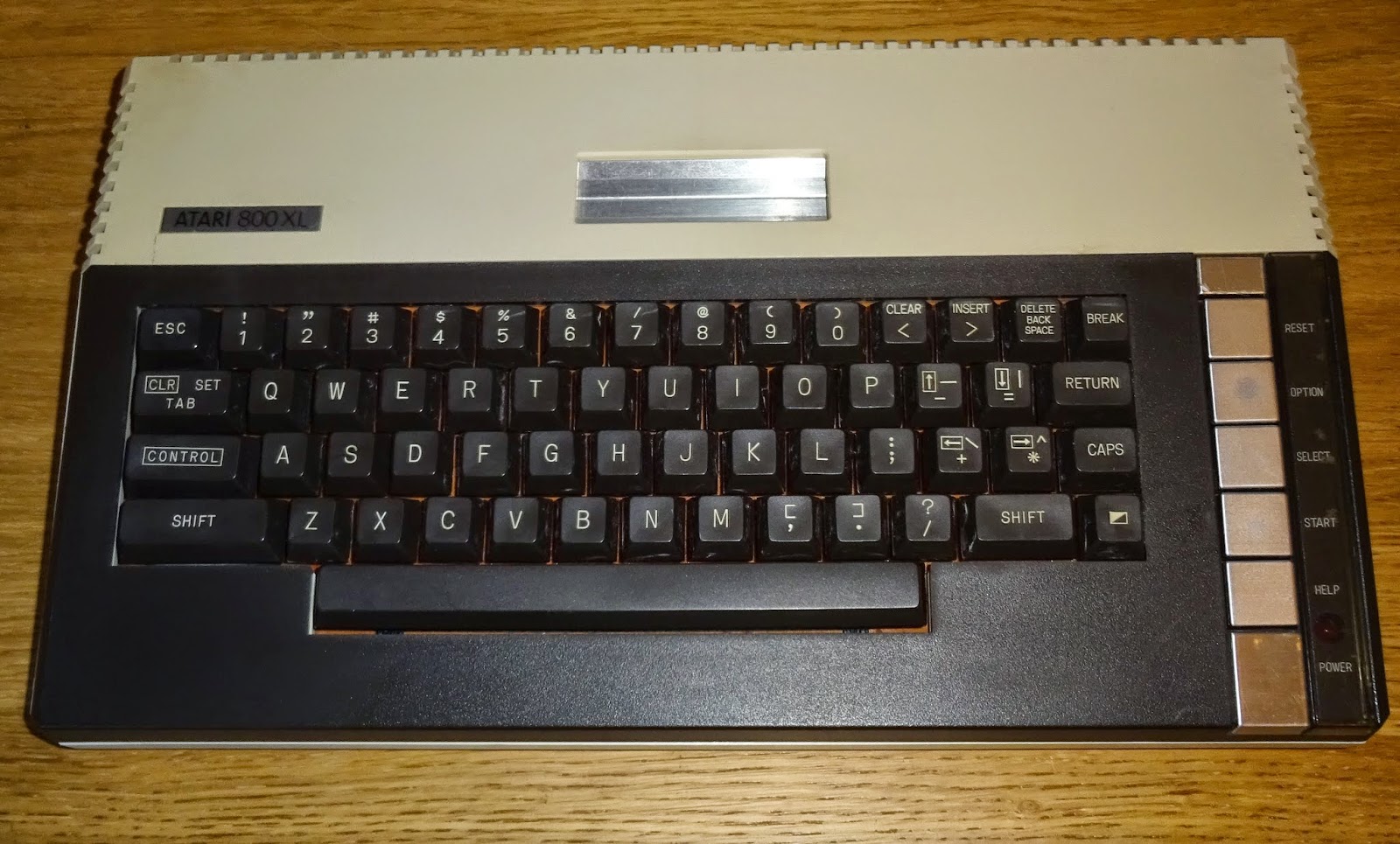 From the front, it still looks like the traditional Atari 800XL. Quite a nice little 64K 6502 based machine with a good mechanical keyboard. I had an Atari 800XL back in the 80s, and used it a lot.

From the back, it's quite different. There are 4 USB 2.0, 2 USB 3.0. Gigabit LAN. Mini HDMI and Mini Display port. Headphone jack, power in, mode switch and power switch. 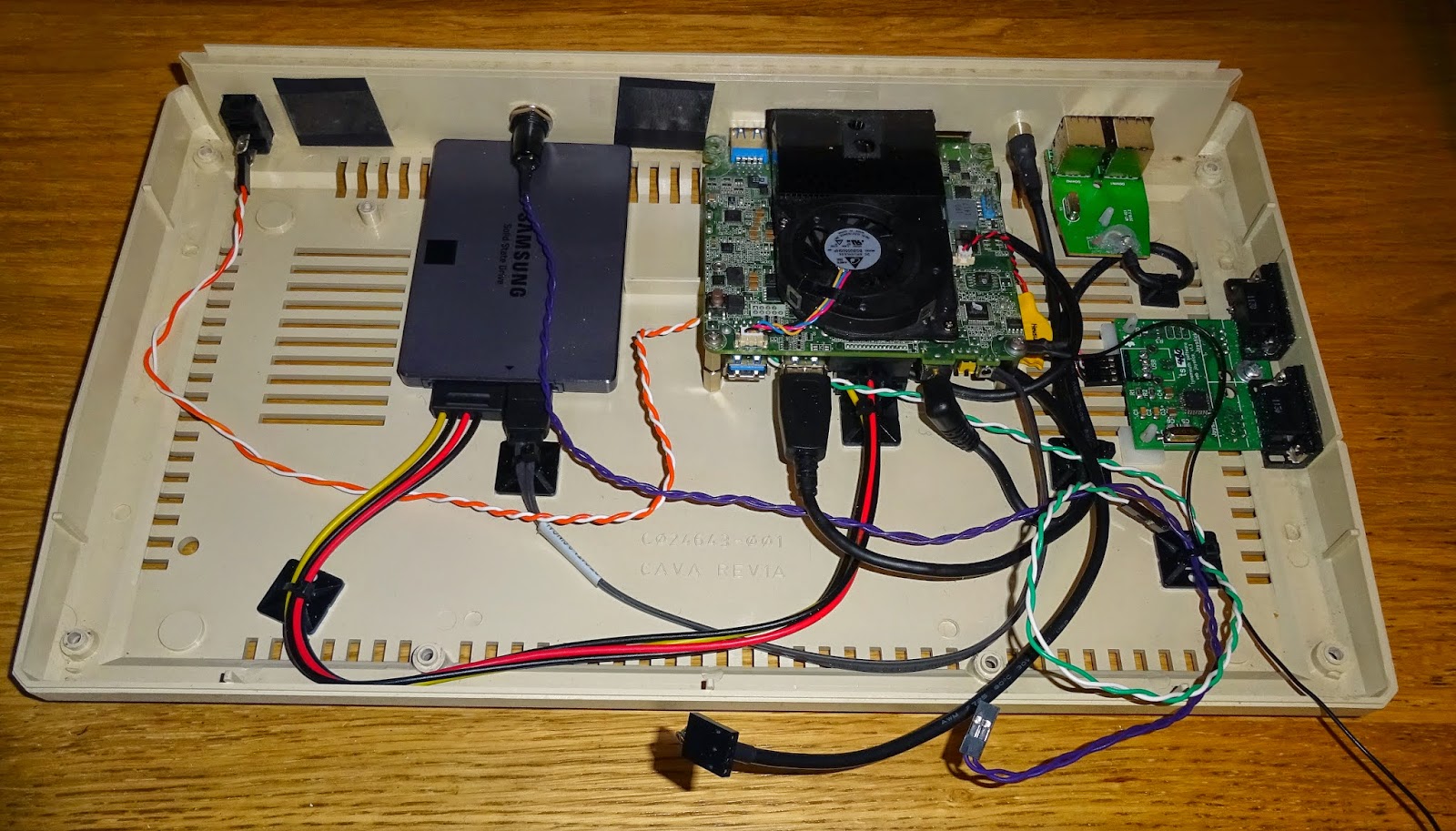 Inside is also quite different. The main board is an Intel NUC motherboard. With an Intel i5 processor, 16GB RAM and a 250GB SSD. This is actually quite a powerful PC, and they are so efficient these days it barely gets warm. 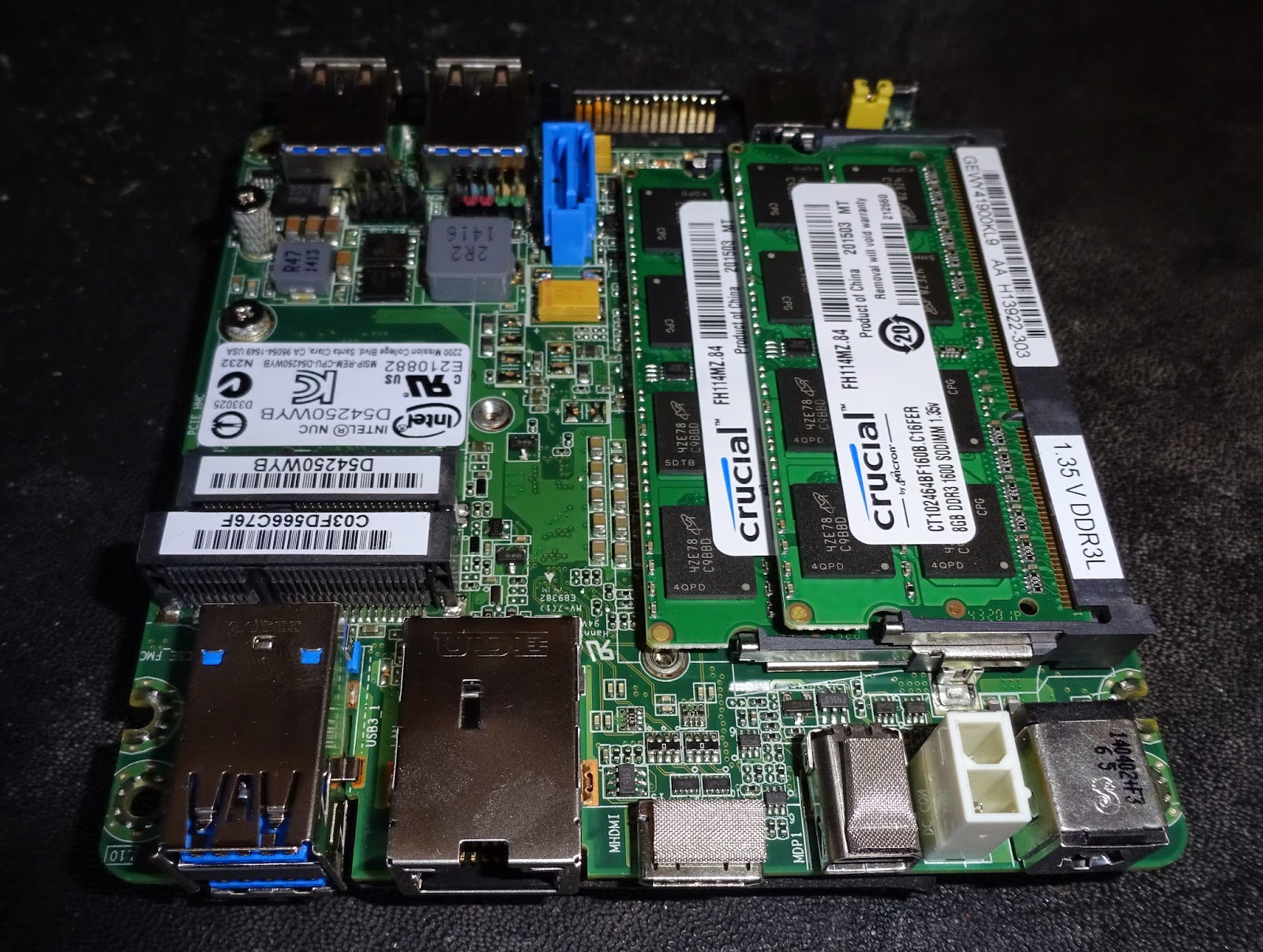 It's a small form factor, the 'Next Unit of Computing' apparently. With RAM, mSATA and mini PCI slots on the bottom, and the heatsink and fan on the top. 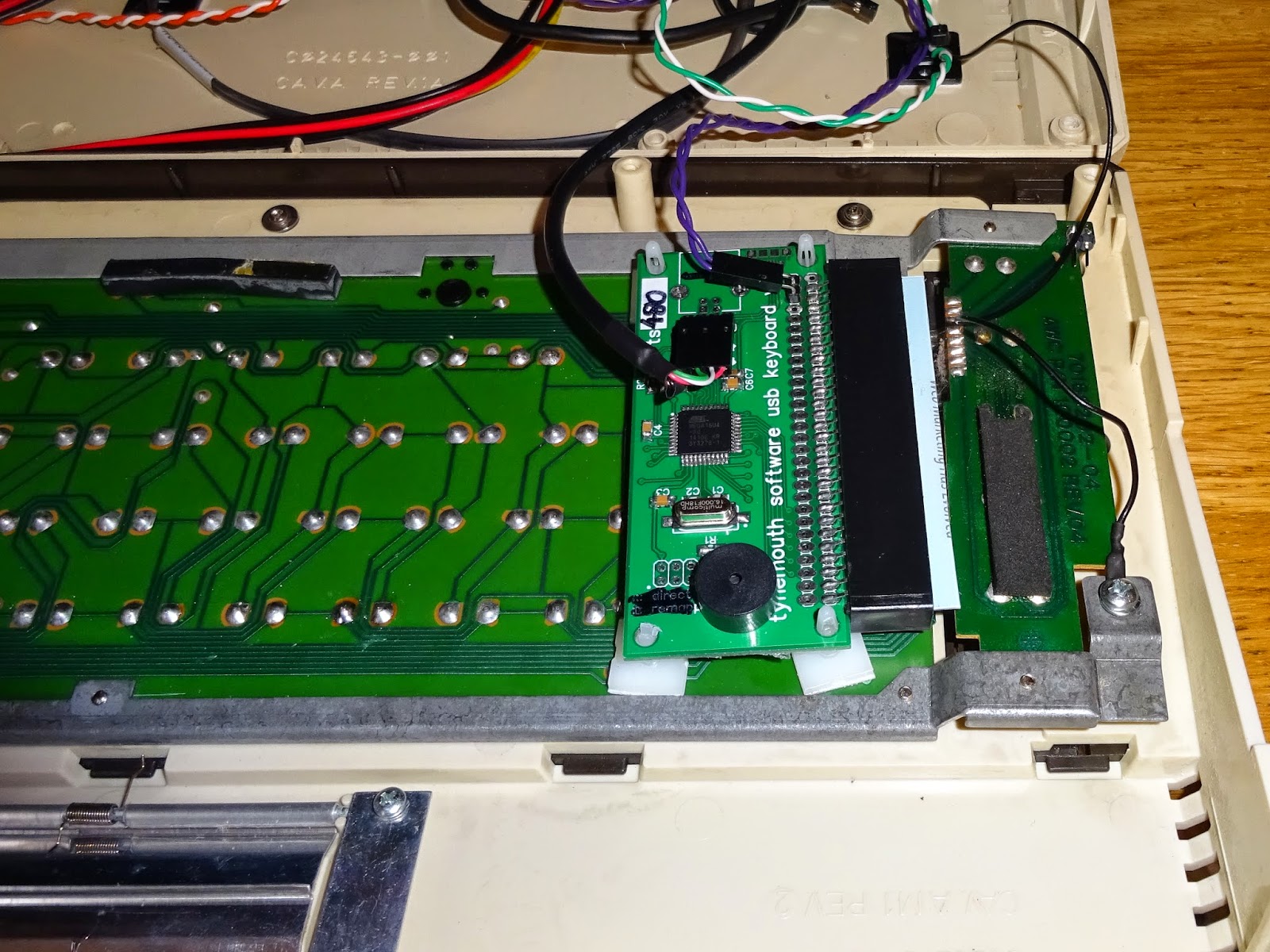 The keyboard has been converted to act as a USB keyboard with one of my USB keyboard controller boards. The mode switch on the back switches between the normal mode where all the keys act according to what is printed on them, When the mode switch is pressed, the board beeps and changes to a mode where the keys are mapped to work with an Atari 800 series emulator. 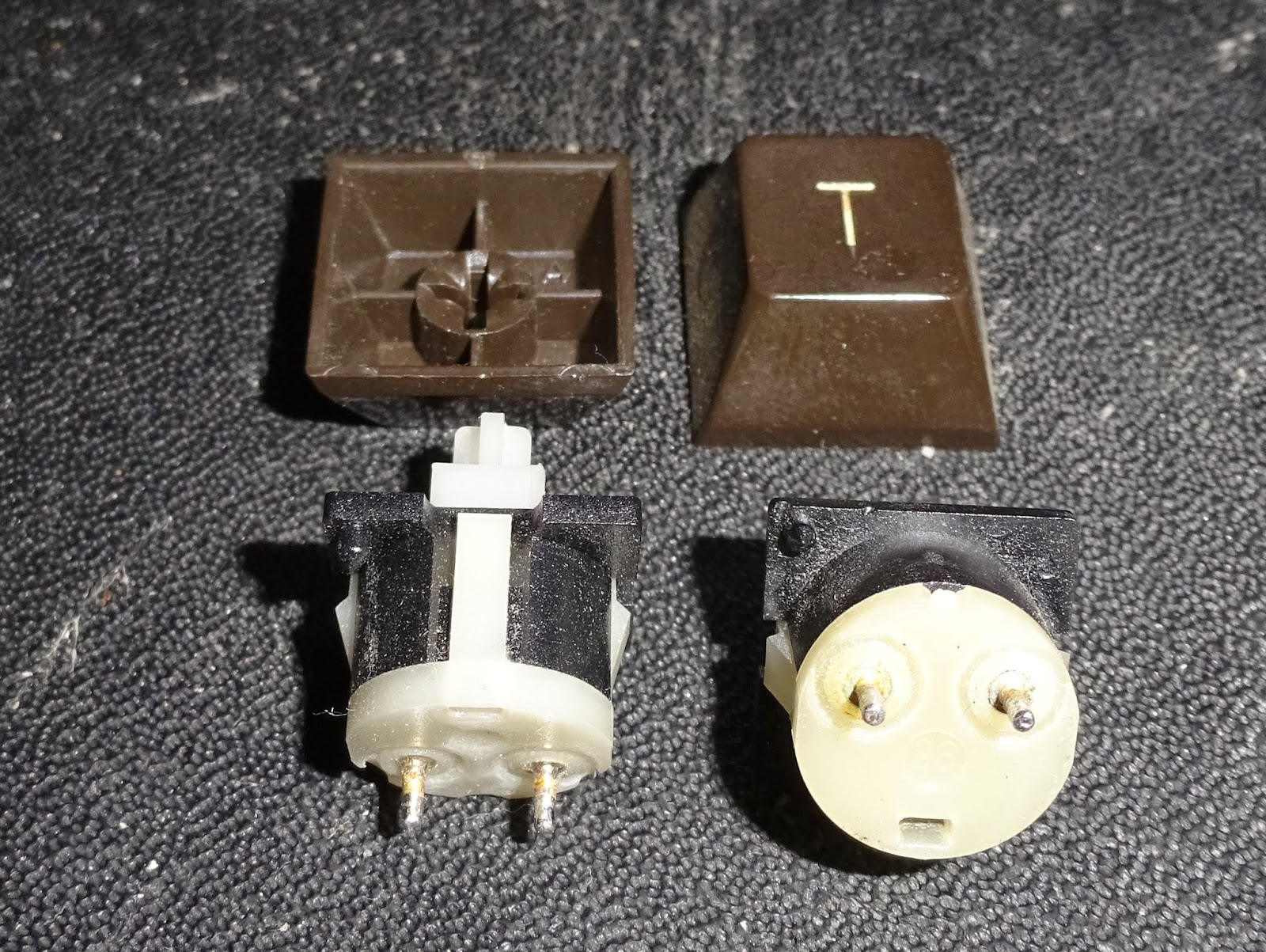 There were quite a number of very different keyboards fitted to the 800XL. This one has individual mechanical keyswitches, which just needed cleaning up. These have a really nice feel to them when typing. Other 800XLs had a PCB with carbon tracks (like the Commodore 64), and some had membranes (like modern keyboards). 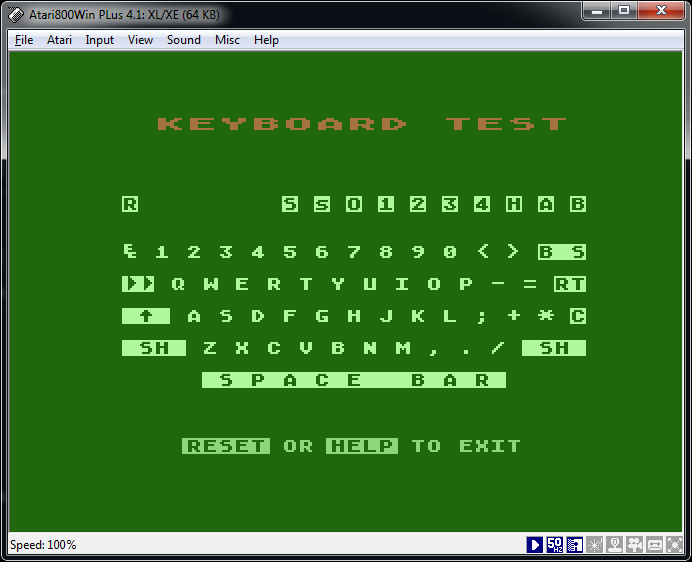 Uniquely (I think), the Atari had a build in self test in ROM, and that included a keyboard test, so running that in the emulator, I was also to check all the keys were mapped correctly. 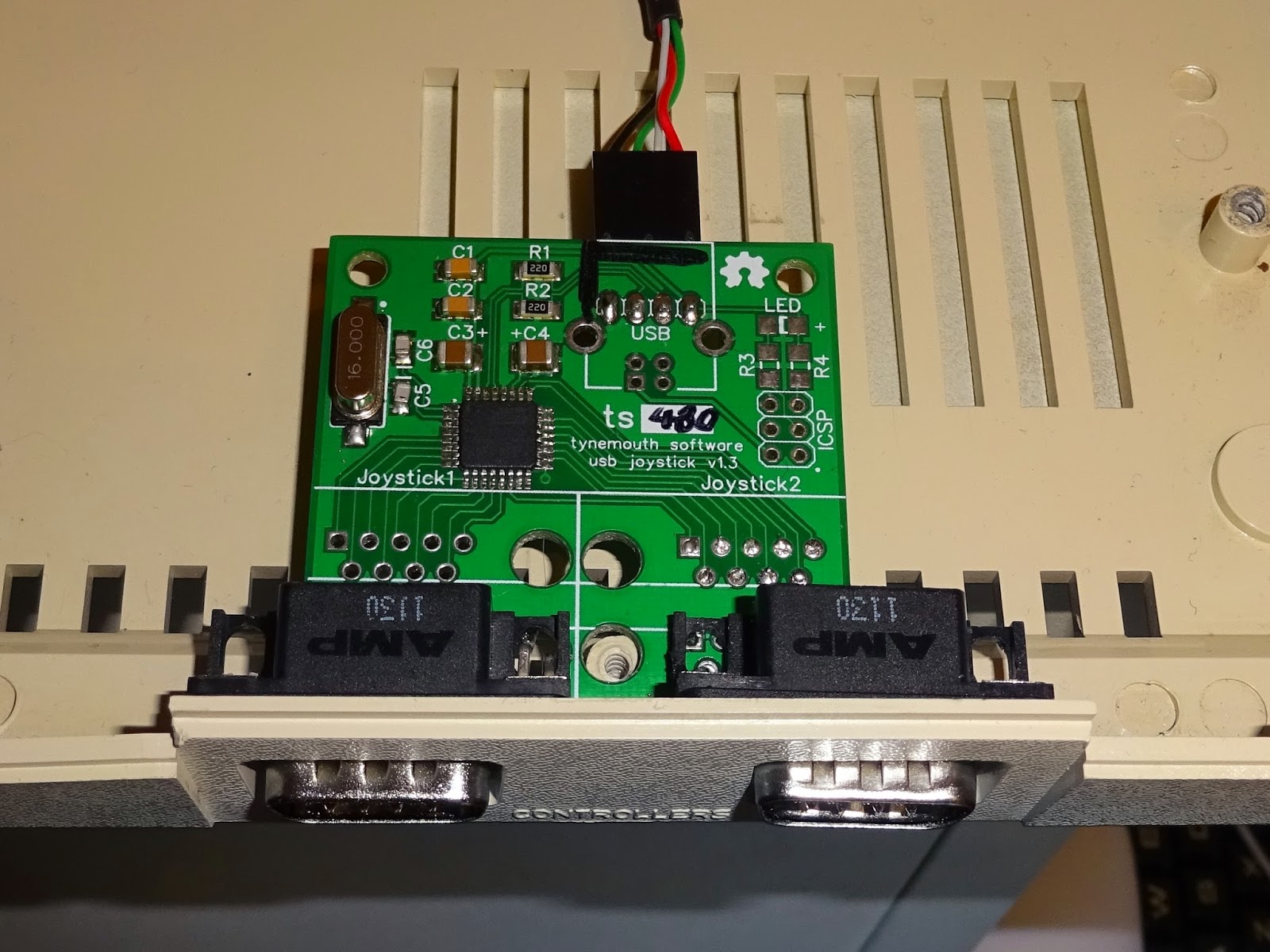 I also fitted one of my Dual USB joystick boards, slightly modified as the 800XL joystick ports are not right next to each other like most of it's contemporaries. This allows original Atari or Commodore style 9 way D joysticks to appear as USB joysticks, for emulators or modern games. 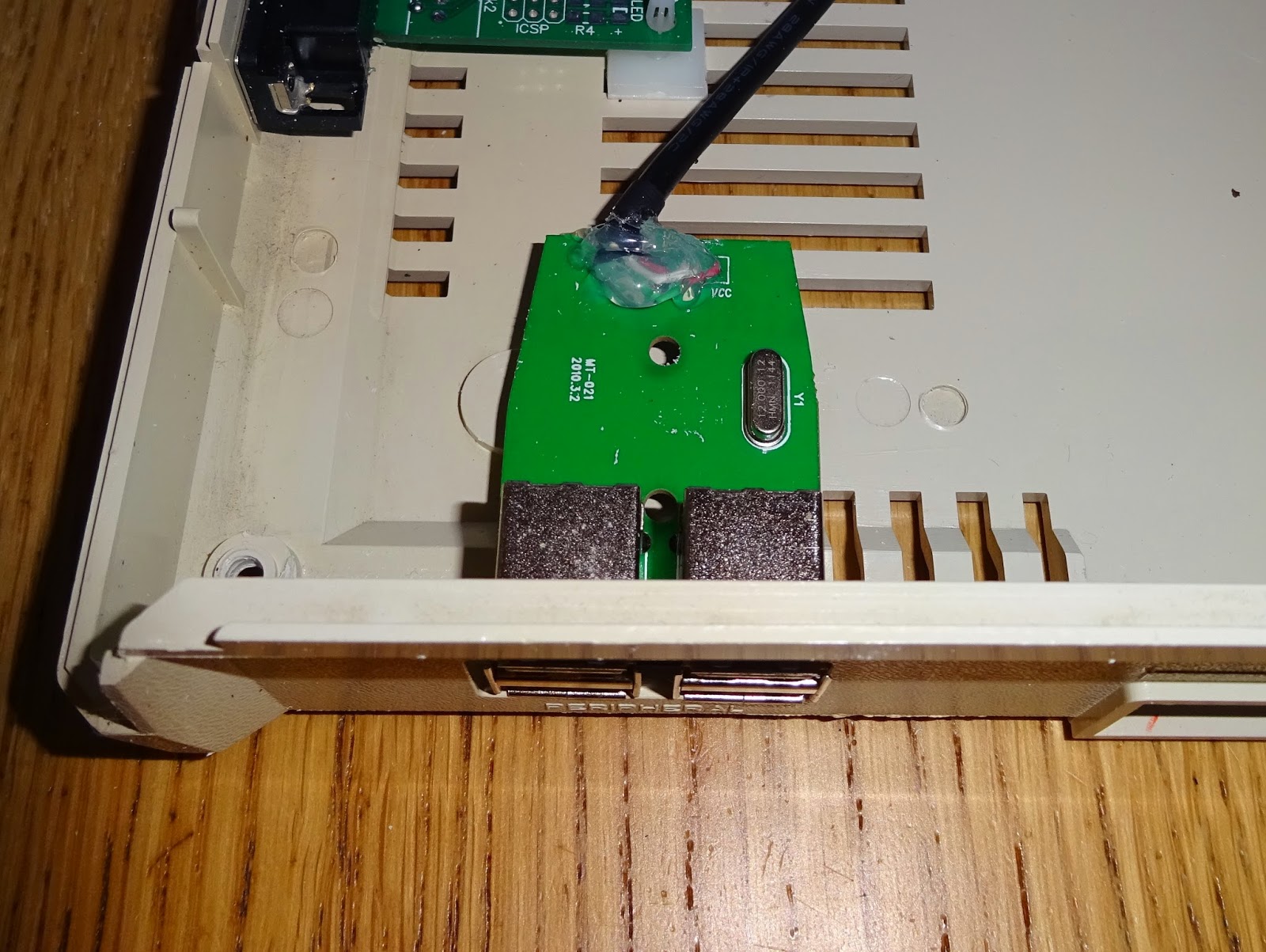 I managed to find a 4 port USB hub which fitted exactly in the hole for the old serial bus connector. Which seemed sort of appropriate. 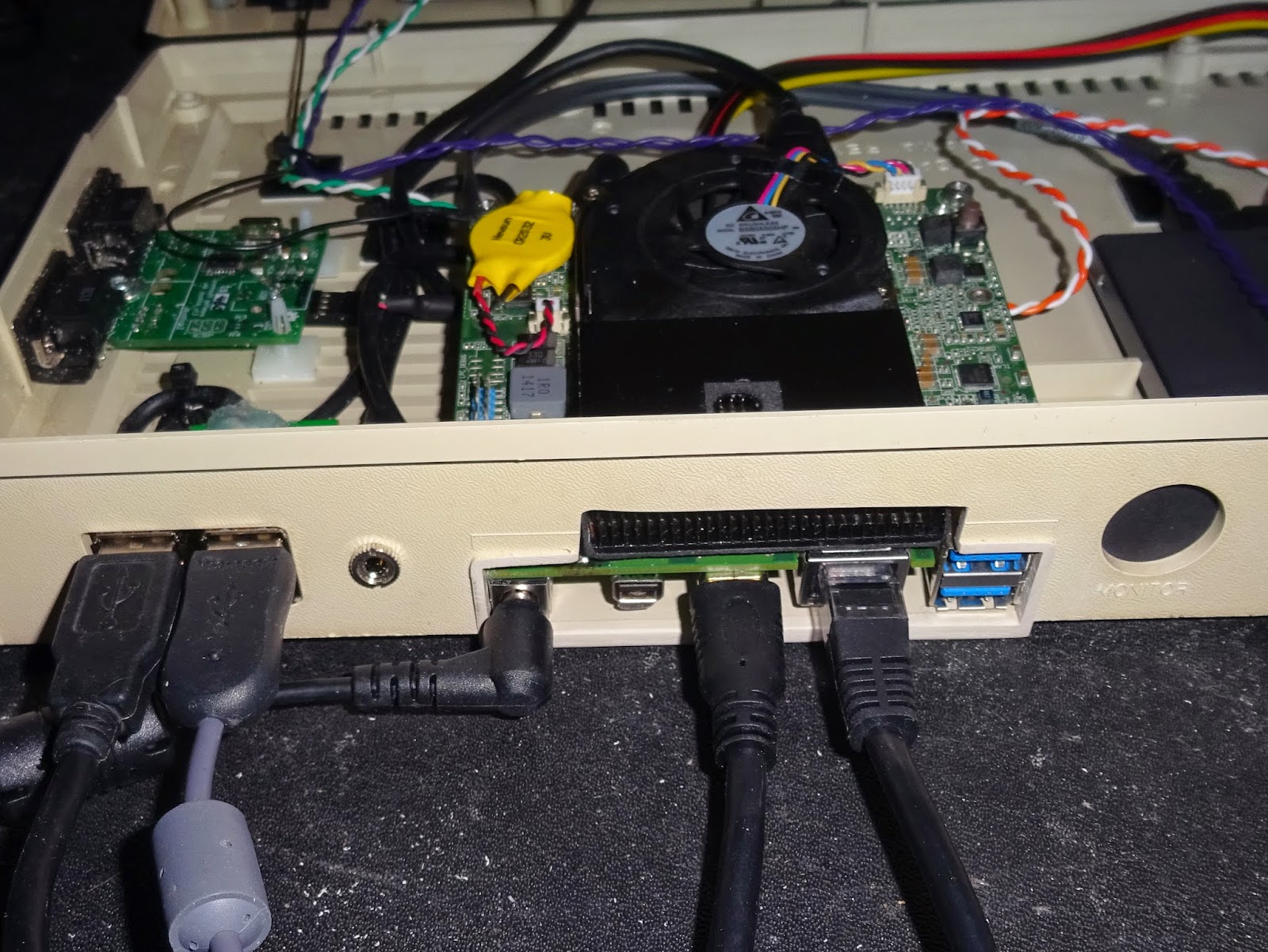 The NUC PC also fitted neatly in the parallel expansion port, although I had to cut out a small section for the fan exhaust at the top. 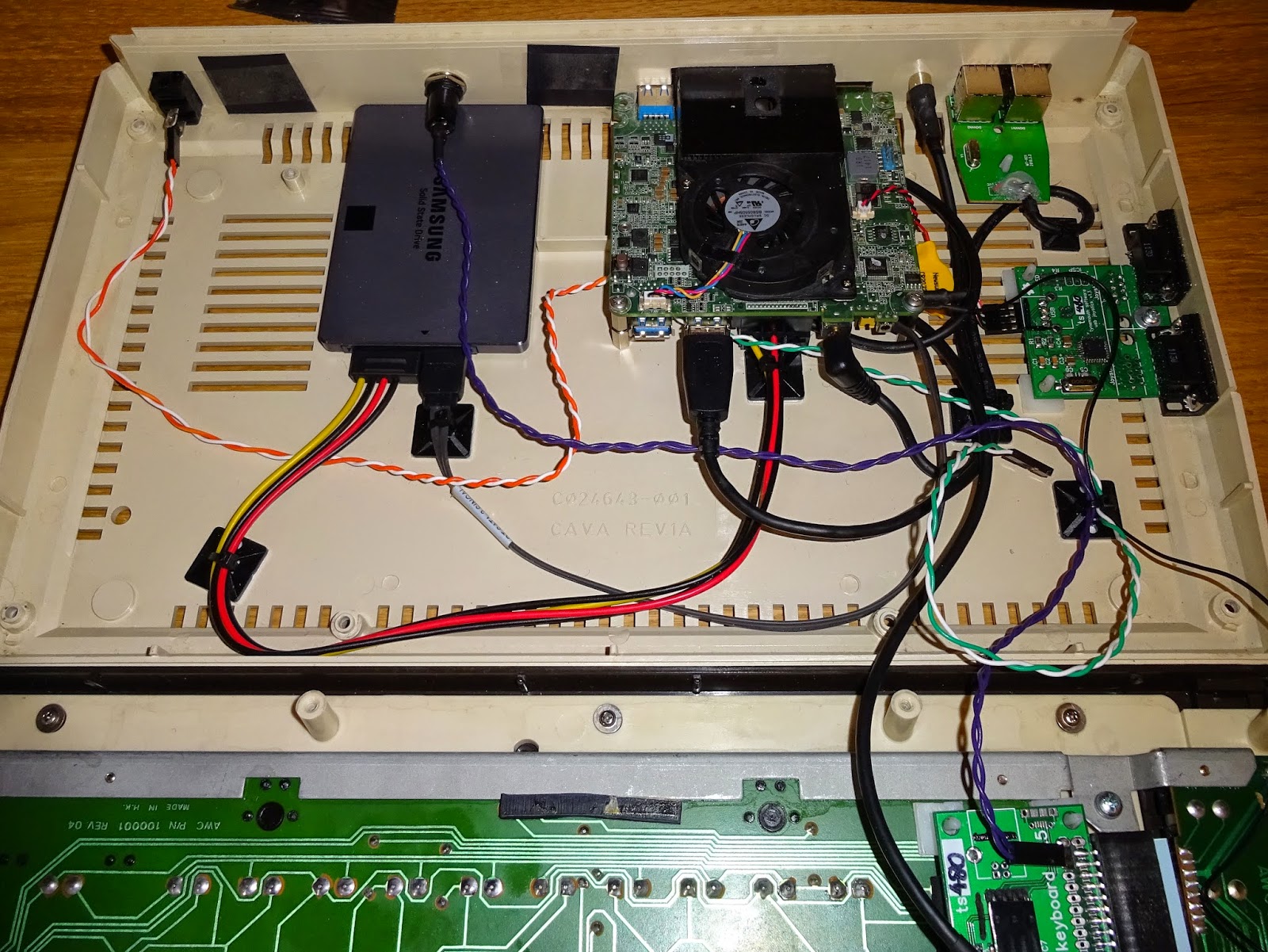 The NUC has a slot of an mSATA SSD, but since there was room in the case, I went for a full size (well, 2.5") SSD. As with the rest of this build, I had to make up custom cables to connect that. 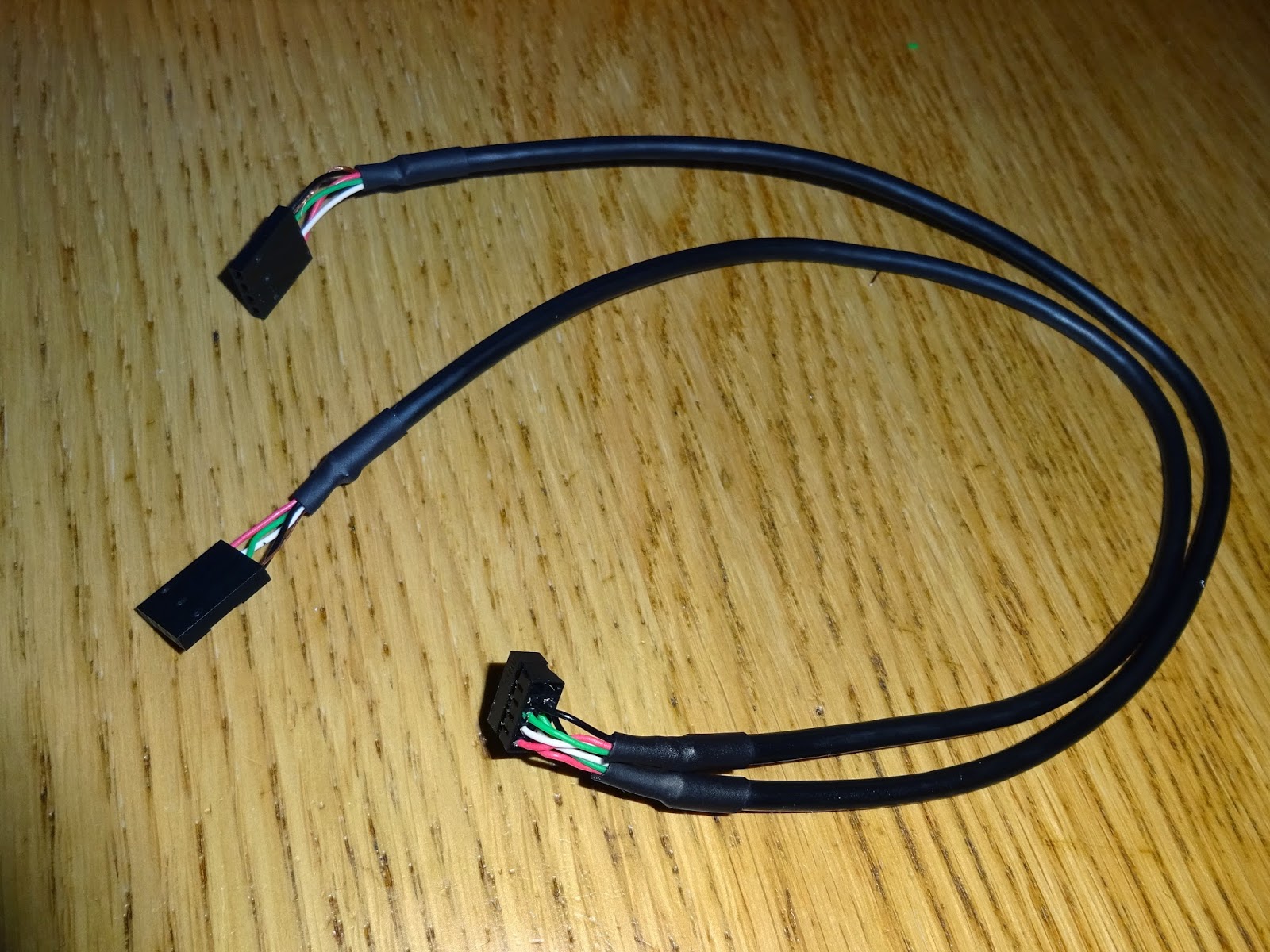 The USB and front panel connectors were 2.0mm pitch, rather than the usual 2.54mm (0.1") pitch normally used, so just a bit more fiddly. The header provided two additional USB 2.0 ports, which I used for the keyboard and joystick controllers. There were two internal USB 3.0 ports, one of which I used for the USB hub. The other could be used for a wifi adapter or wireless mouse etc. 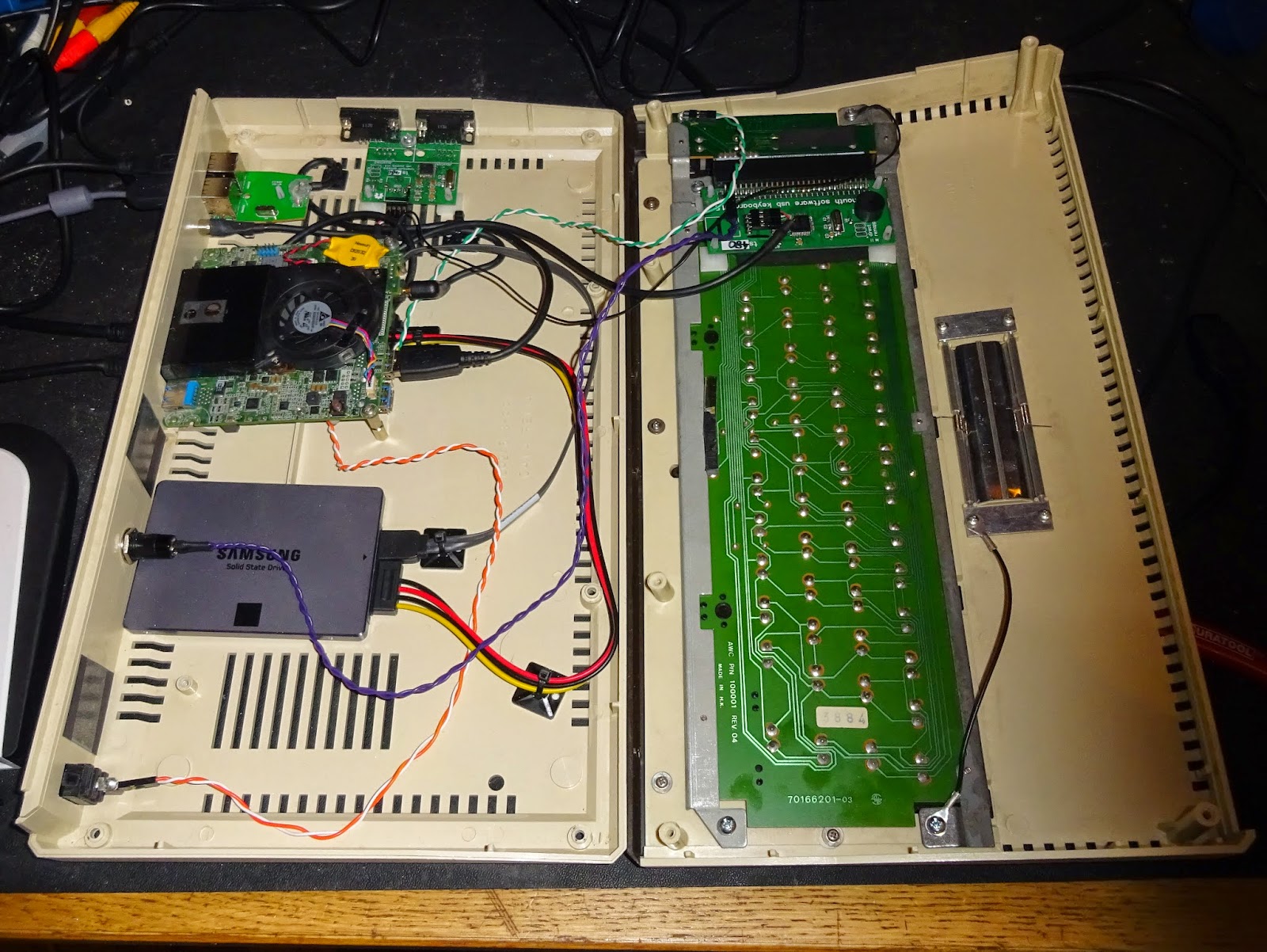 With it all wired up, time to plug in a USB optical drive and install Windows. Running for half a day doing the Windows install, updates and installing and testing the emulator it barely got warm and you can hardly hear the fan.

So there you have it, an Atari 800XL PC with quite a powerful i5 PC inside. Equally at home with either mouse or joystick. 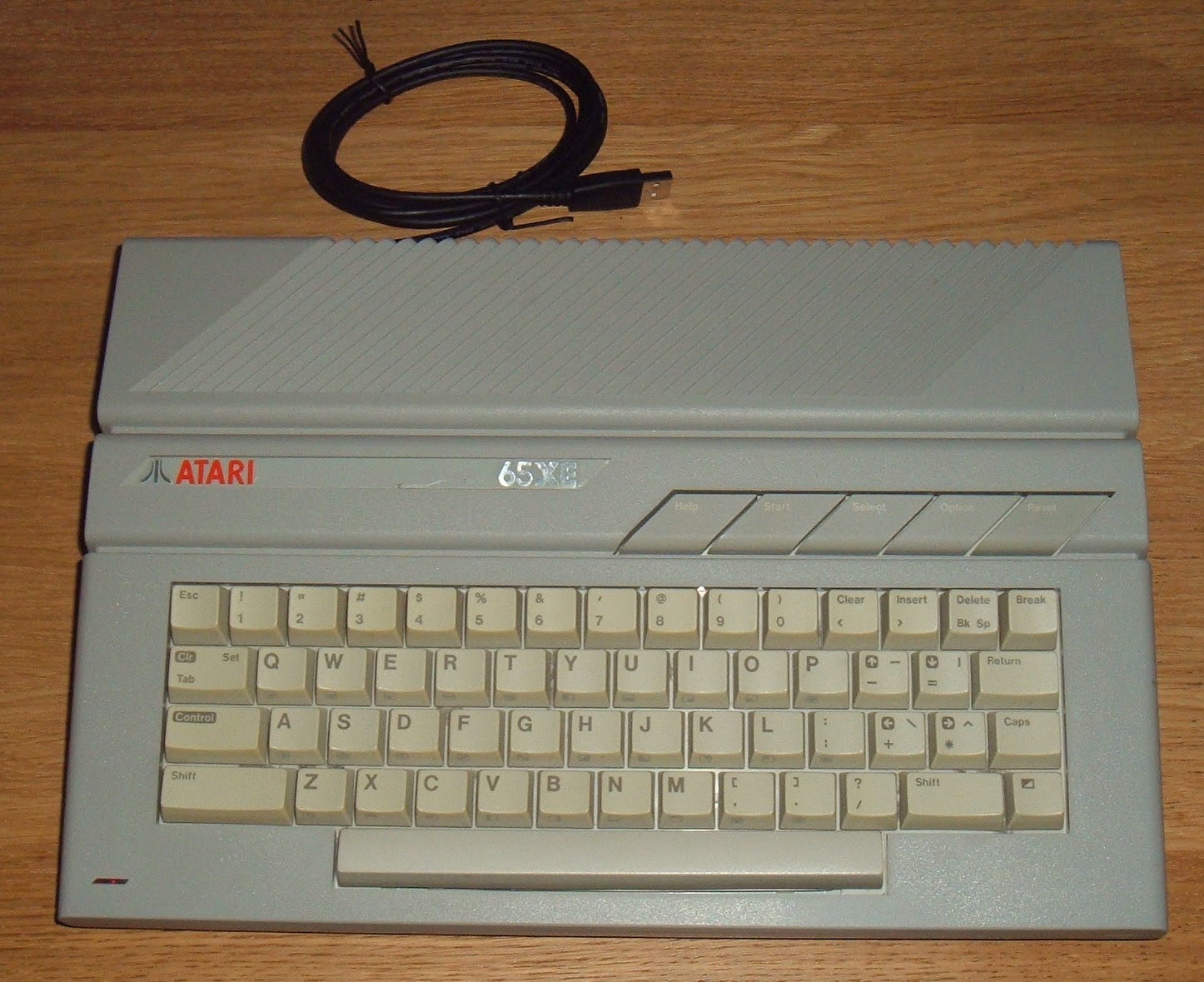