Following on from the Amstrad CPC464 USB keyboard I recently added to the range, I have been asked to do a CPC6128.

The CPC6128 looks quite different, with a different arrangement of keys, but the keyboard connection is the same. 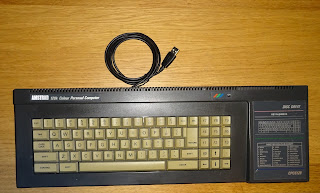 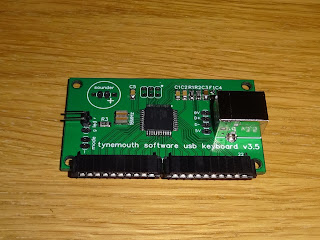 Most of the keys matched correctly, the main differences were the key markings. There were a few keys with additional shift functions, \ + shift gives  ` [ + shift is {, and ] + shift is }. On the CPC464, there is a large blue Enter key on the right, and a smaller one on the bottom right of the numeric keypad, also marked Enter. The CPC6128 has a large Return key and an Enter key half an inch away. Not sure why they changed the naming between two quite similar machines. 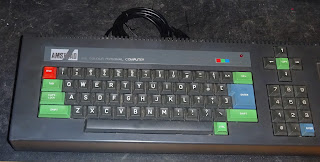 The main difference though is the numeric keypad is numbered 0-9 on the CPC464, but f0-f9 on the CPC6128. These are in the same position in the key matrix, so I have setup the CPC6128 as a separate mapping. 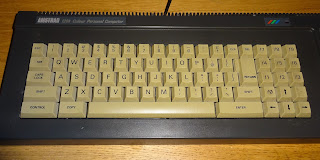 The copy key is now left of the space bar, so I have set that to be the Windows / GUI key as that is where it would be (on the CPC464 this was mapped as Control+C). I also mapped the lower Enter key as Alt. This gives the full compliment of Shift, Control, Alt and Gui, all in reasonable places. Esc, Tab and Caps Lock are also normally situated, making this quite a familiar keyboard layout to use. 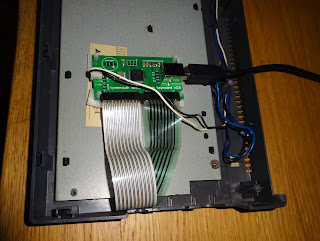 Other than those, the rest of the key mappings were the same. The LED is fitted with a plug on the CPC6128, so just plugs onto a header on the keyboard controller so it lights up where powered on. 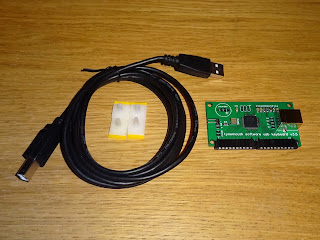