I was sent this Sony HB75-P computer to convert into a USB keyboard. This is an MSX computer, not one I've converted before. MSX was a nice idea, but didn't really take off. Rather than a single manufacturer like Commodore or Sinclair, MSX machines were made to a standard specification designed by Microsoft (whatever happened to them?). MSX machines were produced by several companies not usually known for computers, such as Sony, Phillips and Toshiba 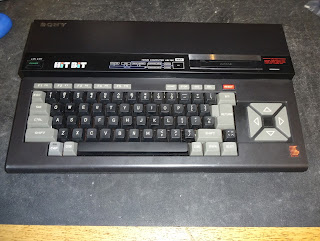 I think this would have been the MSX-1 specification, Z80 based, 64K of RAM and a cartridge ROM system. But what I have here is an empty case. 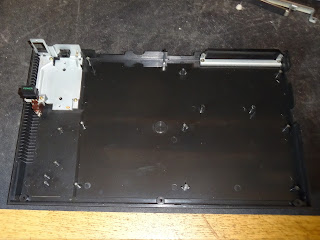 The keyboard has nice, individual mechanical keyswitches, and a reasonably standard arrangement of keys. These form an 8x9 matrix with separate reset switch and caps lock LED. There are two cables with JST XH connectors on, 9 way and 13 way. 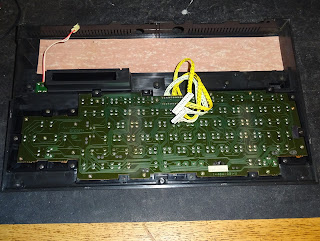 I've used one of my standard USB keyboard controller boards here, one with extra rows of holes to deal with connectors of various shapes and sizes. The pads are using the standard 2.54mm (0.1") pitch, but the XH connectors are 2.50mm pitch, they just fit although the 13 way is a bit tight due to the incremental error. 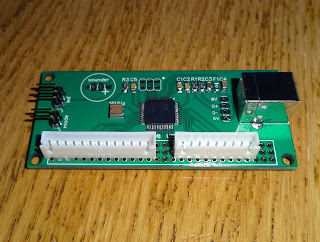 The board fits into the lid of the case with some self adhesive standoffs. The power LED is wired to the board, with an extended cable. 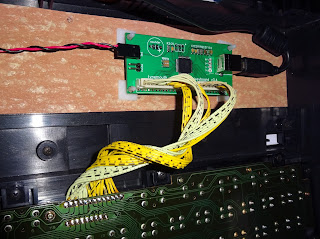 The MSX would have had two 9 way D joystick ports, so I've installed one of my USB joystick boards where one of those would have been. I used one of the boards I designed for Spectrum conversions as it fitted nicely in the space. The power connector side of the board is unused. 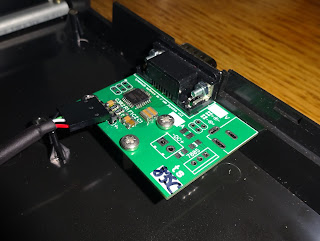 To avoid having two USB leads, I fitted a USB hub into the case. Two internal ports for the USB keyboard and joystick, and two external ports available. 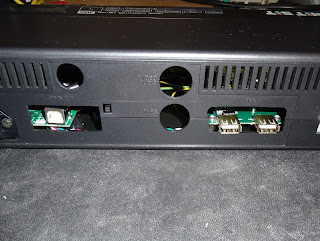 The MSX had an internal mains power supply with a nice clunky power switch. I've wired that so it controls the power to the USB hub. When turned off, it disconnects the USB devices. 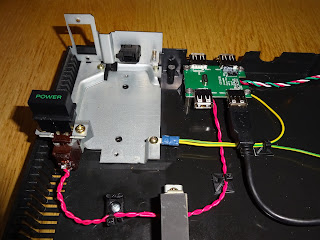 USB input is via another board designed for Spectrum conversions, again ignoring the power input connections. 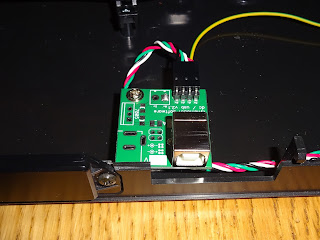 That's all working nicely, testing with a USB power monitor. 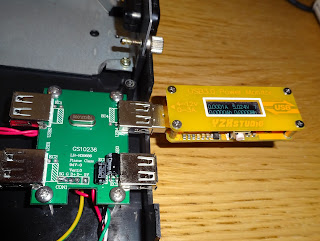 It's all low voltage, but since there was quite a bit of metalwork around, I tied it all together with earth straps. 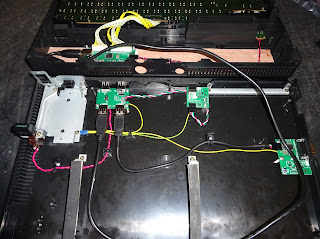 With all that wired together, plug in a joystick, plug the unit into a PC and switch on and the USB devices appear, one USB keyboard and one USB joystick. 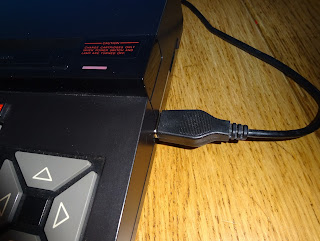 There are more things like this available in my Etsy store, or contact me if you would like something custom built or modified.
Posted by Dave Curran at 10:28