Following on from the Atari 400 composite video conversion I did recently, I was asked to do an S-Video version. 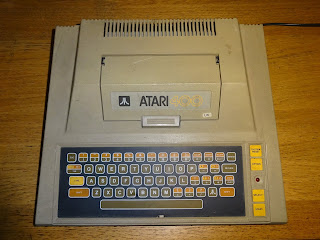 I suppose so, but I wouldn't recommend it unless you actually have an old CRT monitor with proper separate chrominance and luminance inputs. Many modern LCDs can make S-Video look worse that composite. 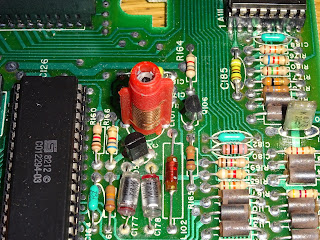 The circuitry inside the Atari 400 is similar to that in most other Atari 8 bit products, the signal is produced from separate sync, chrominance and a number of luminance outputs feeding a resistor ladder to generate different output levels. 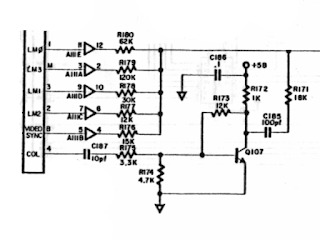 The Atari 800 is a good reference at this point as it does actually have S-Video output from the same set of chips. 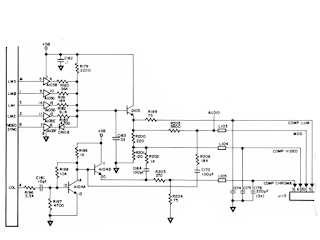 There is a lot going on with the Atari 800, so my plan was to replicate the parts necessary to generate the clean luminance and chrominance signals, but remove the circuitry which combines these to generate a composite signal, to reduce interference. 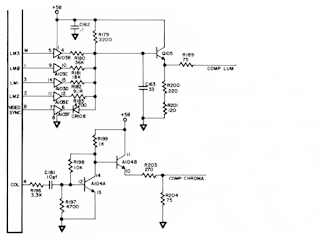 As with the composite video modification, the audio modulator oscillator transistor and variable inductor are removed to stop this interfering with the video signal. The conversion is a little more complicated, as the chrominance and luminance need to be split, then separately amplified. 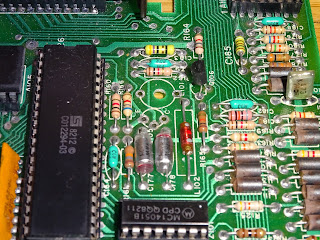 To do that, I used two TFW8b.com video buffer boards, one for the luminance signal, and one for the chrominance. The ground and 5V lines are commoned, red and black for power and white for audio as usual. Yellow is used for luminance, and green for chrominance. 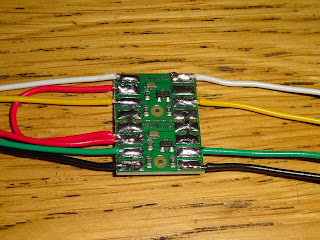 I stuck these boards to the inside of the internal metal shielding box. It's easy to connect to the mainboard from inside there, but there isn't an easy path to run the wires to the outside of the case. 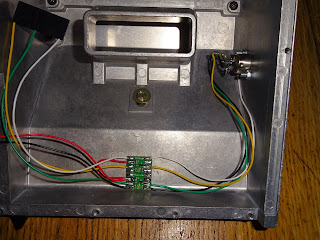 To keep the Atari 400 modular, I had used connectors for the main board, and I thought the best option was to fit a 5 pin DIN socket to the side of the case to maintain the shielding but give a route for the output cables. 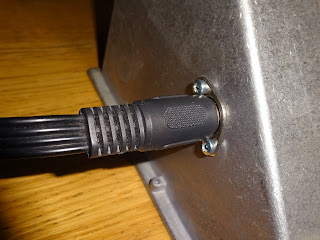 I went through a few variations on the circuit, trying to get a good S-video signal, and it ended up that the back of the DIN socket was a convenient place to add some extra bodge resistors. 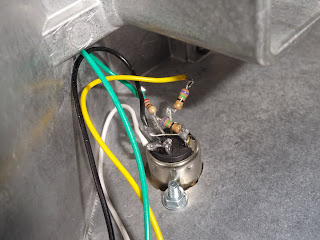 That is a 75 ohm resistor in series with the luminance signal, and a potential divider with a 270 ohm and a 75 ohm to reduce the level of the chrominance signal. 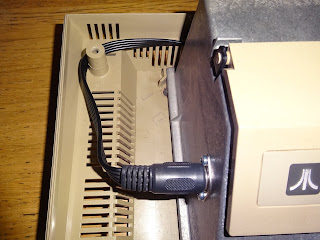 The original plan was to use this to attach the final external cable, using a 5 pin DIN to 4 phono plug lead. Two for audio, one for chrominance and one for luminance, or possibly cutting off those two and fitting a 4 pin mini DIN plug for the SVideo. This ran out of the bottom of the case where the RF lead went. (I did consider making this the same pinout as the Atari 800, but decided the extra audio connection would be more useful). 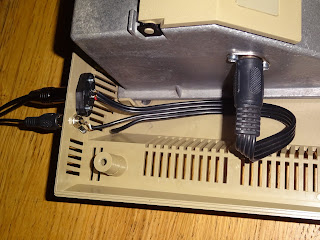 I don't like to drill holes in cases, but was specifically asked to do so, rather than supplying a flying lead like that. I still used the pre-wired DIN lead, but now a little shorter than planned, to attach to the new 4 pin mini DIN S-Video socket and phono audio socket added to the case. The forth wire is not connected, that was a second audio jack, which is no longer required. 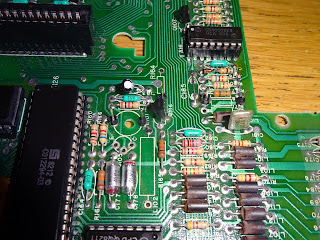 Inside, there are a few more changes, a 10uF capacitor has been fitted in place of C183 to provide a decoupled audio signal. Various parts have been removed and some of the resistor ladder has been modified to match the cutdown 800 schematic, including the additional diode in series with R176. Several 0.1" header pins have been fitted in the holes left by removing parts to pick up the output signals. I was going to use individual connectors, but these lined up nicely, so I used longer connectors to get the two power cables on one lead and the three signals on another. This allows the board could be disconnected from the case so it's not all hard wired together. 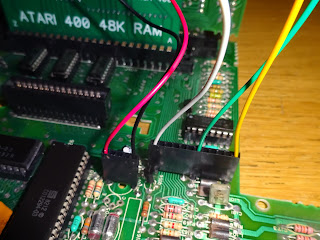 The connectors from the video buffer boards plug onto this as the system is being reassembled. See also the 48K RAM board in the background. 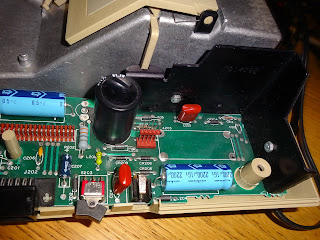 There isn't much to do on the power / output board, other than to remove the RF modulator. 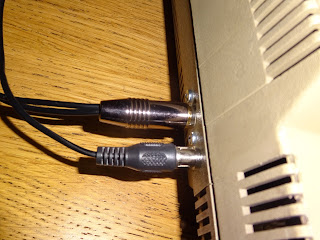 For testing, I've wired this up to my Commodore 1901 monitor. 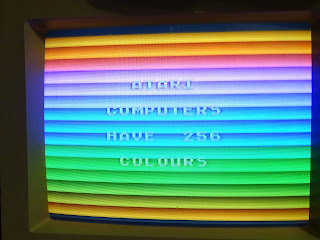 The picture is good, but I can't honestly say I saw much difference over composite. It is probably slightly better, your mileage may vary, but it's certainly a lot more work to do than the composite mod. 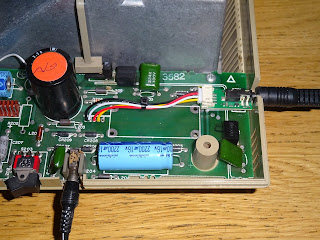