Although it has been out in the states since last year, the Google Chromecast has recently been released in the UK. 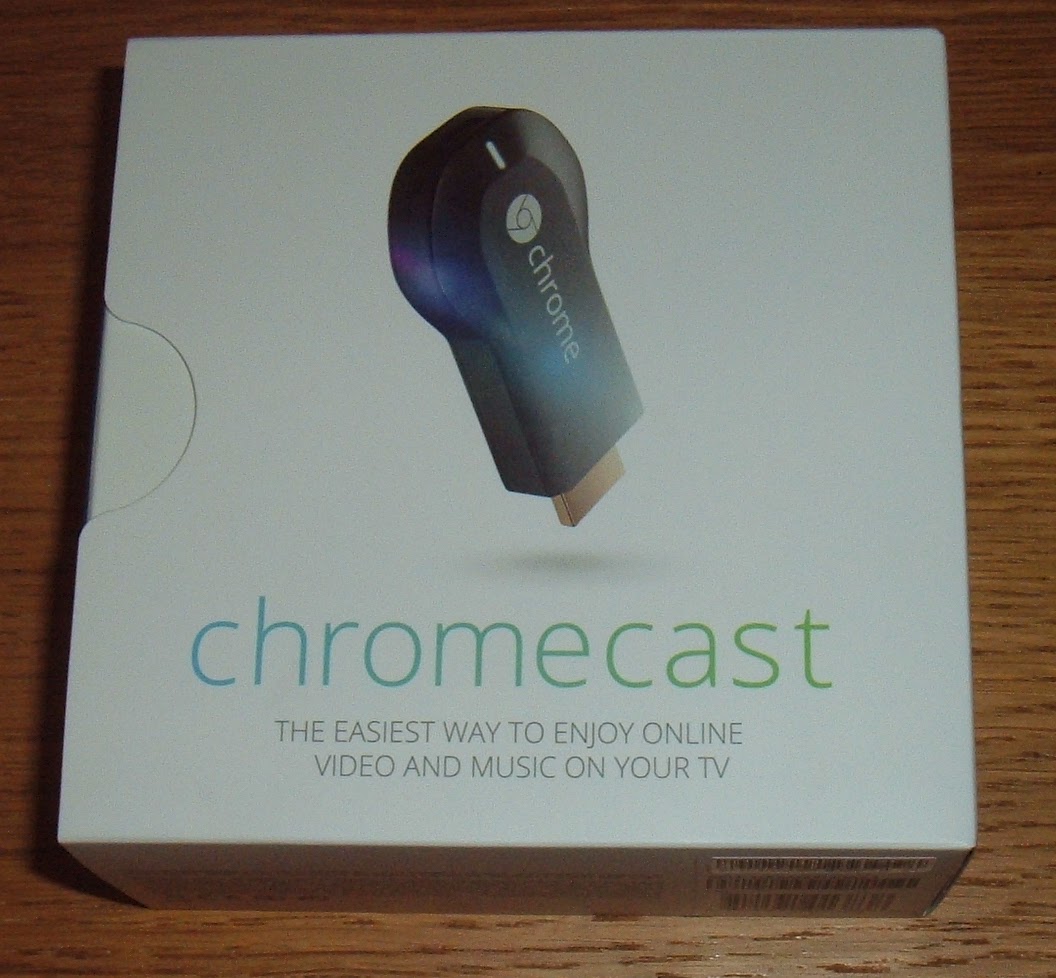 The chromecast is basically an HDMI dongle which turns a less than smart TV into a smart TV, in a very usable way. Inside the box is the unit itself and a very minimal set of instructions for use. 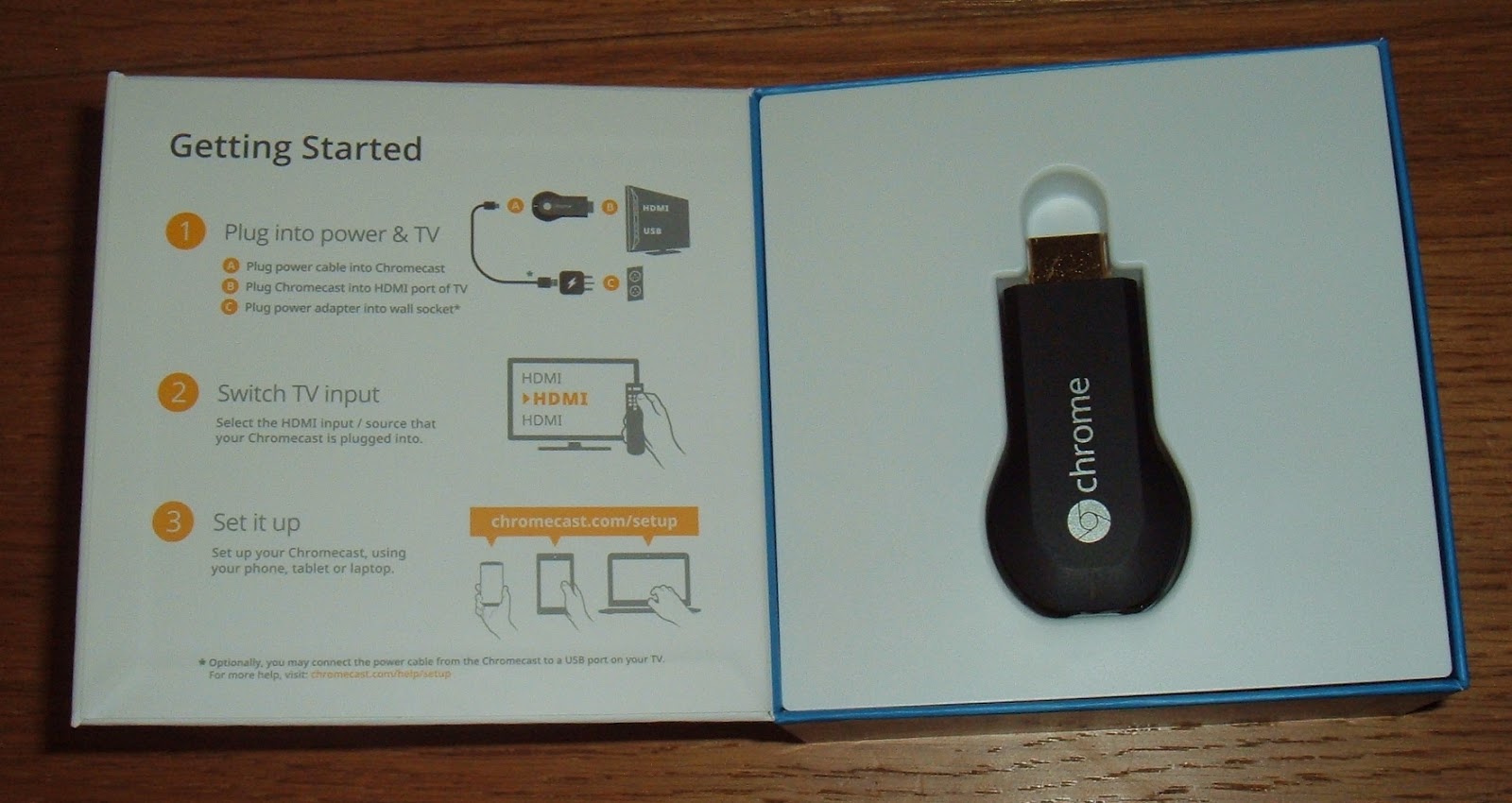 Also included are other parts, a 5V mains adapter and USB - MicroUSB cable (required to power the unit) and an HDMI extension lead (optional to improve fit behind a TV and / or wifi reception). 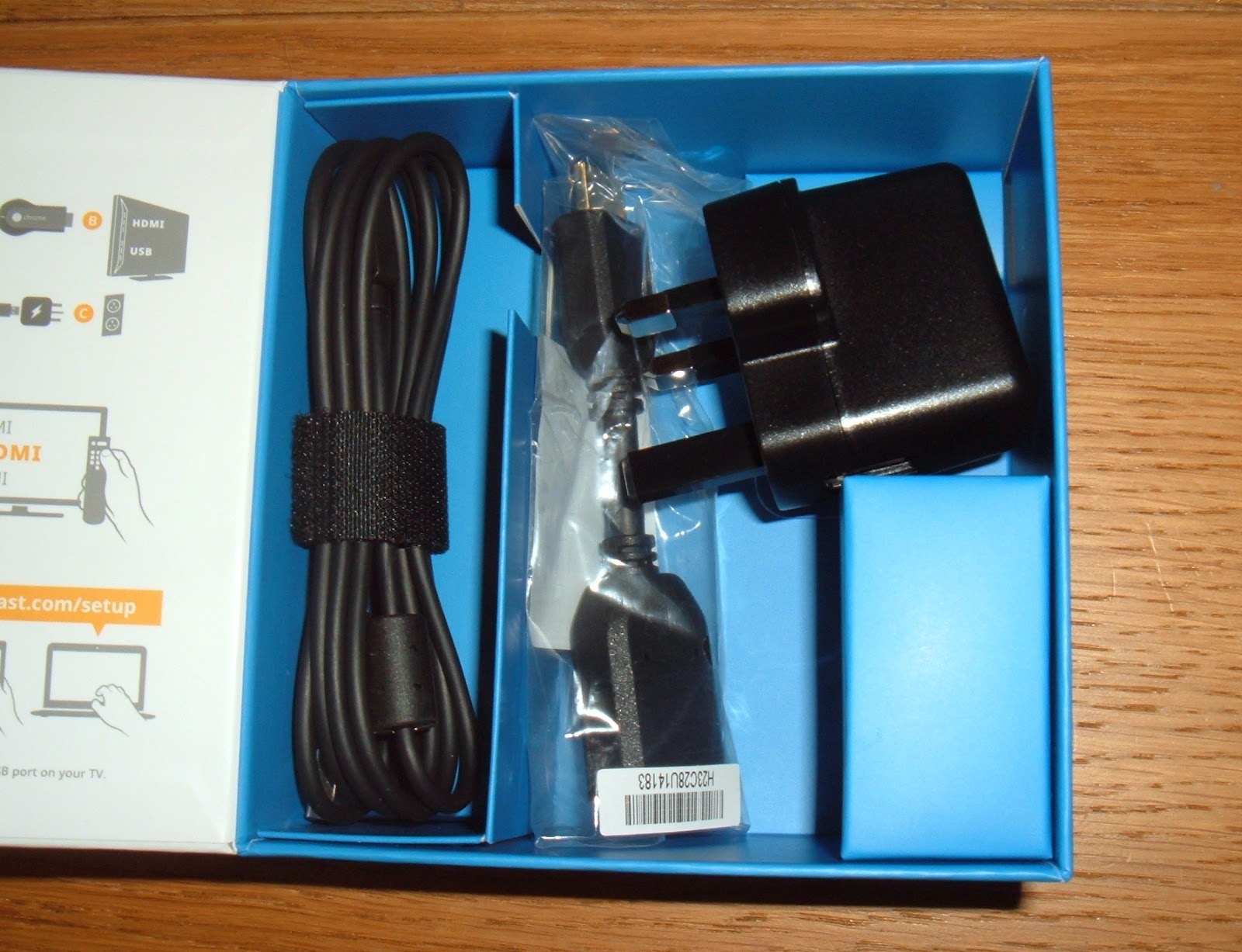 That's basically it, put all those together and plug it in.

The unit then needs to be configured, so you take your phone, tablet or laptop and go to the website to get the appropriate software.

So the instructions on the box were all that was needed to get going, it all seemed to work without a problem, with only the wifi network details to setup. Once connected, my unit then went away and updated itself. 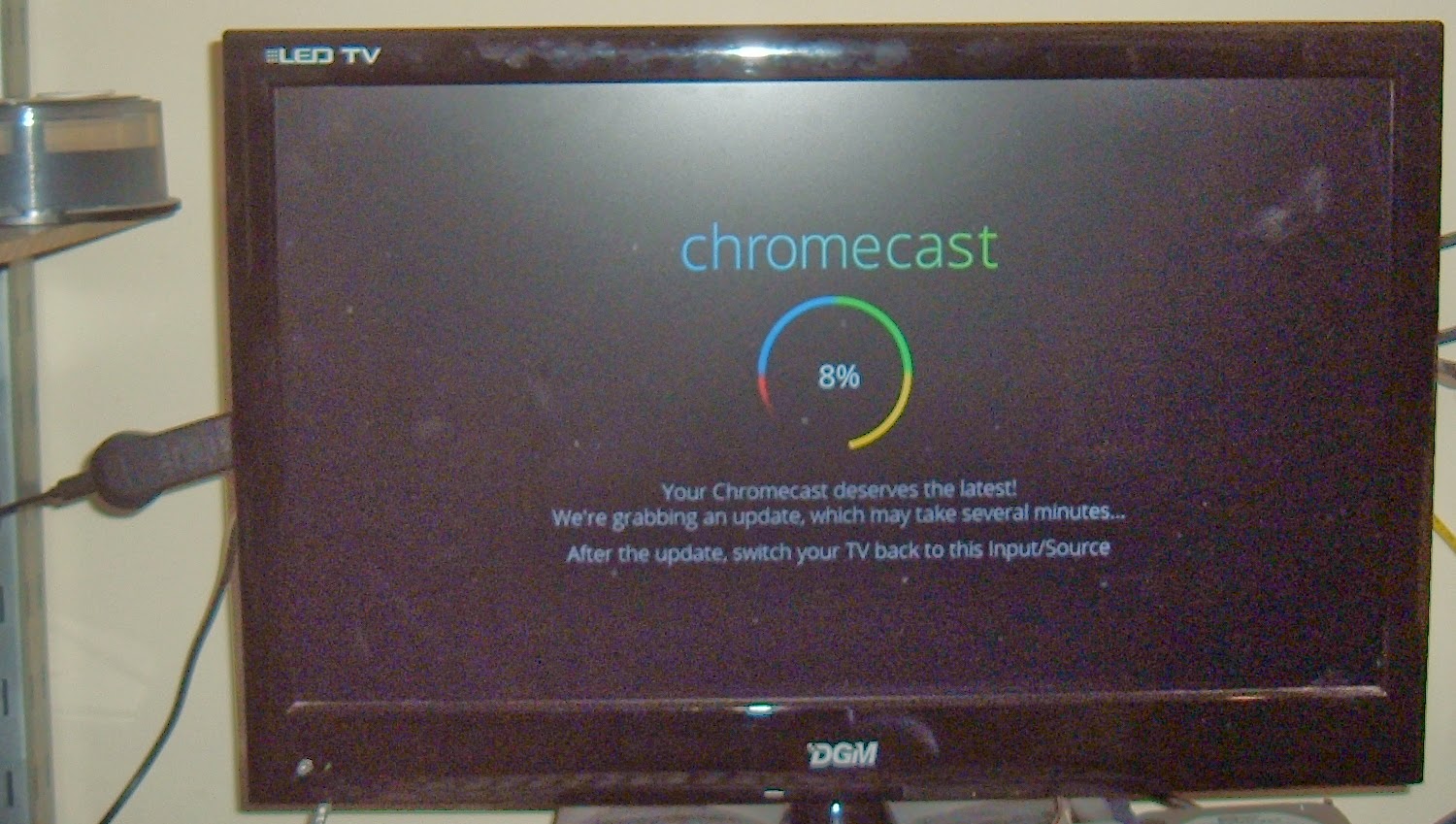 After that, it's just a case of pressing the 'chromecast' button on any supported app to transfer it to the TV. A good example is the Netflix app, your phone or tablet basically becomes the remote control for viewing content. 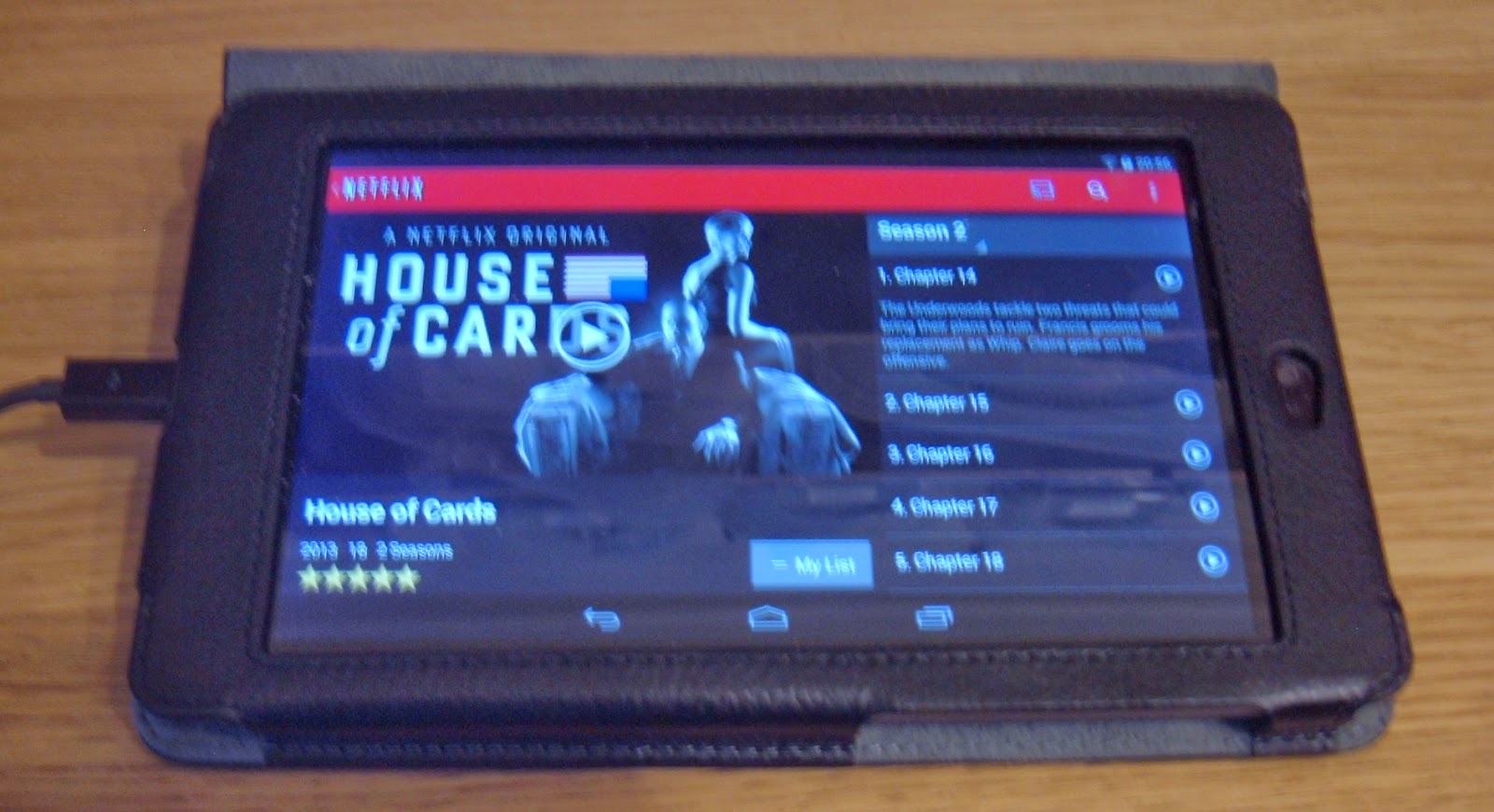 It's not that the movie is going from Netflix to the tablet and then to the TV, the tablet tells the chromecast what to do and it goes to Netflix itself and gets the content and shows it. All the tablet has to do is update the scroll bar and wait for you to press pause, so it can go to sleep and save power. 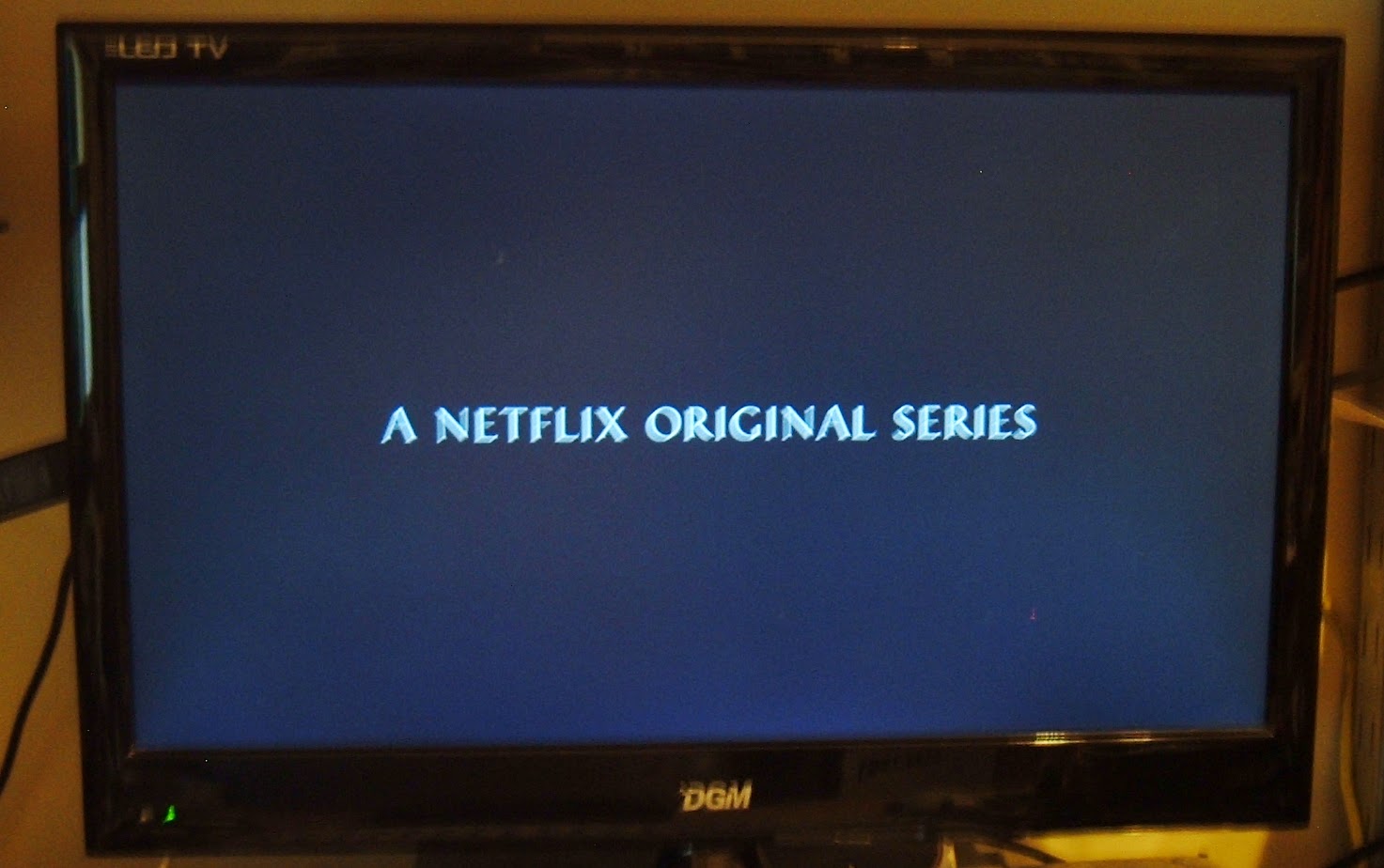 The only problem I had was having to wake up my Nexus 7 to move onto the next episode each time as I was binge watching House of Cards Series 2. (that and I didn't seem to be capable of taking decent photos of it in operation, sorry about that).
Posted by Dave Curran at 19:50