Just a quick update on the Commodore PET 8032 Restoration. It's been generally working well, but I've had occasional problems powering up.  It would beep, but show nothing on the screen. No video signal, but everything else working, no response to blind tape commands. I finally traced this to the BASIC ROM set, with the editor and kernal working fine as it beeps, but the BASIC interpreter not starting. 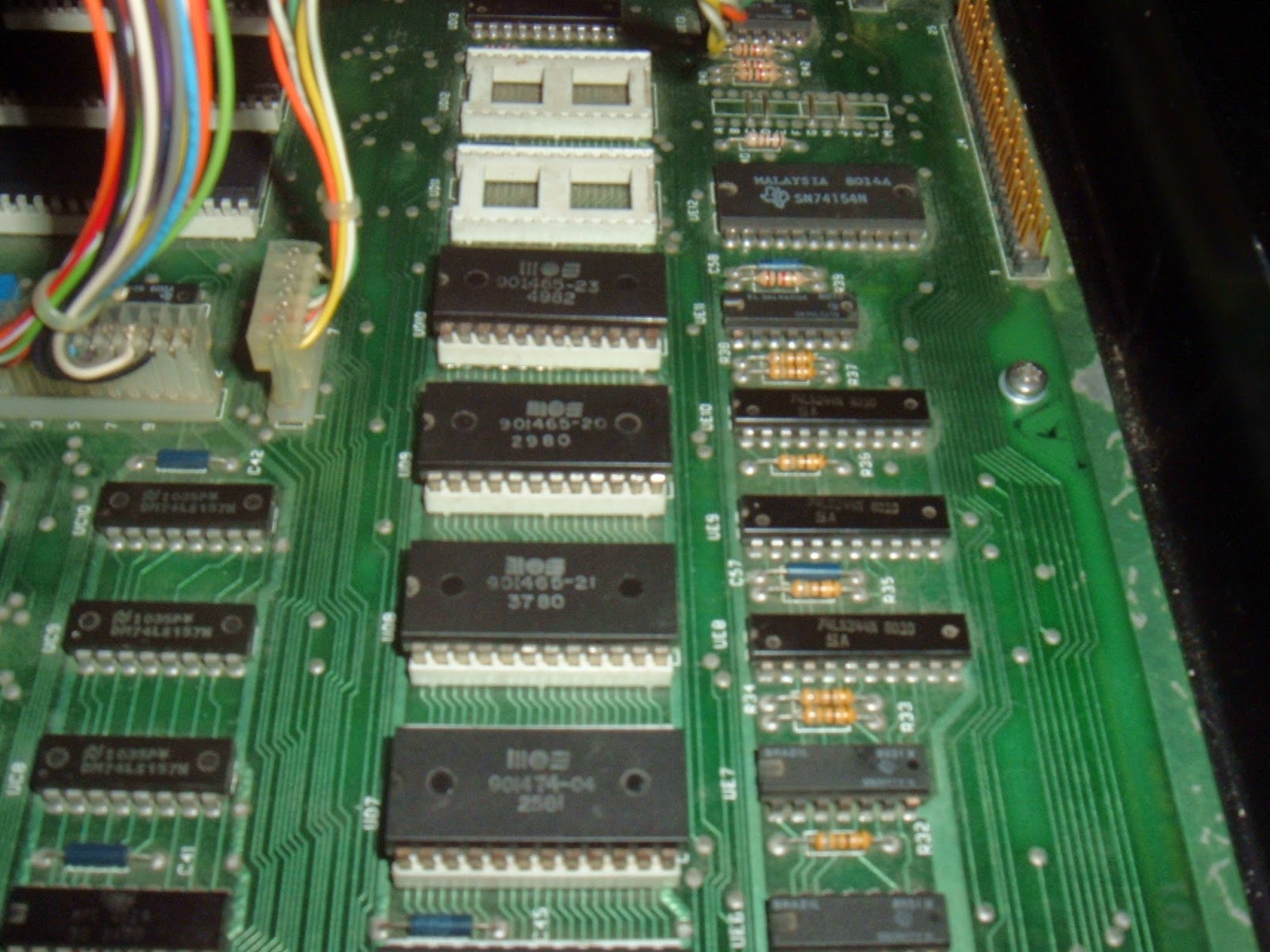 I tried replacing the ROM chip with an EPROM, which worked a few times, but then had the same startup problem. 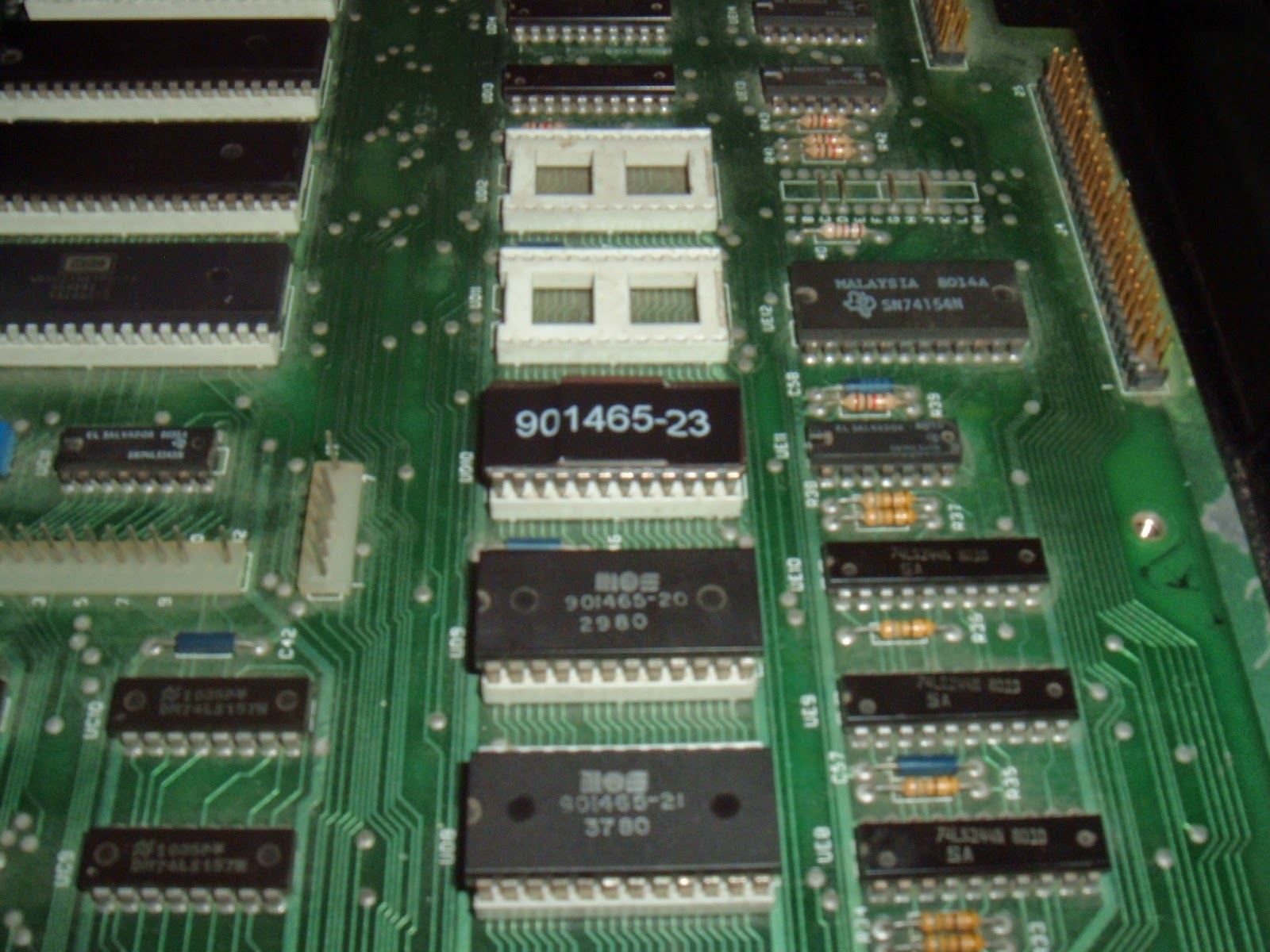 Pushing the top socket (UD9) one way or the other and then turning the power back on did seem to fix it. The board has the older style white IC sockets, which are sometimes problematic. 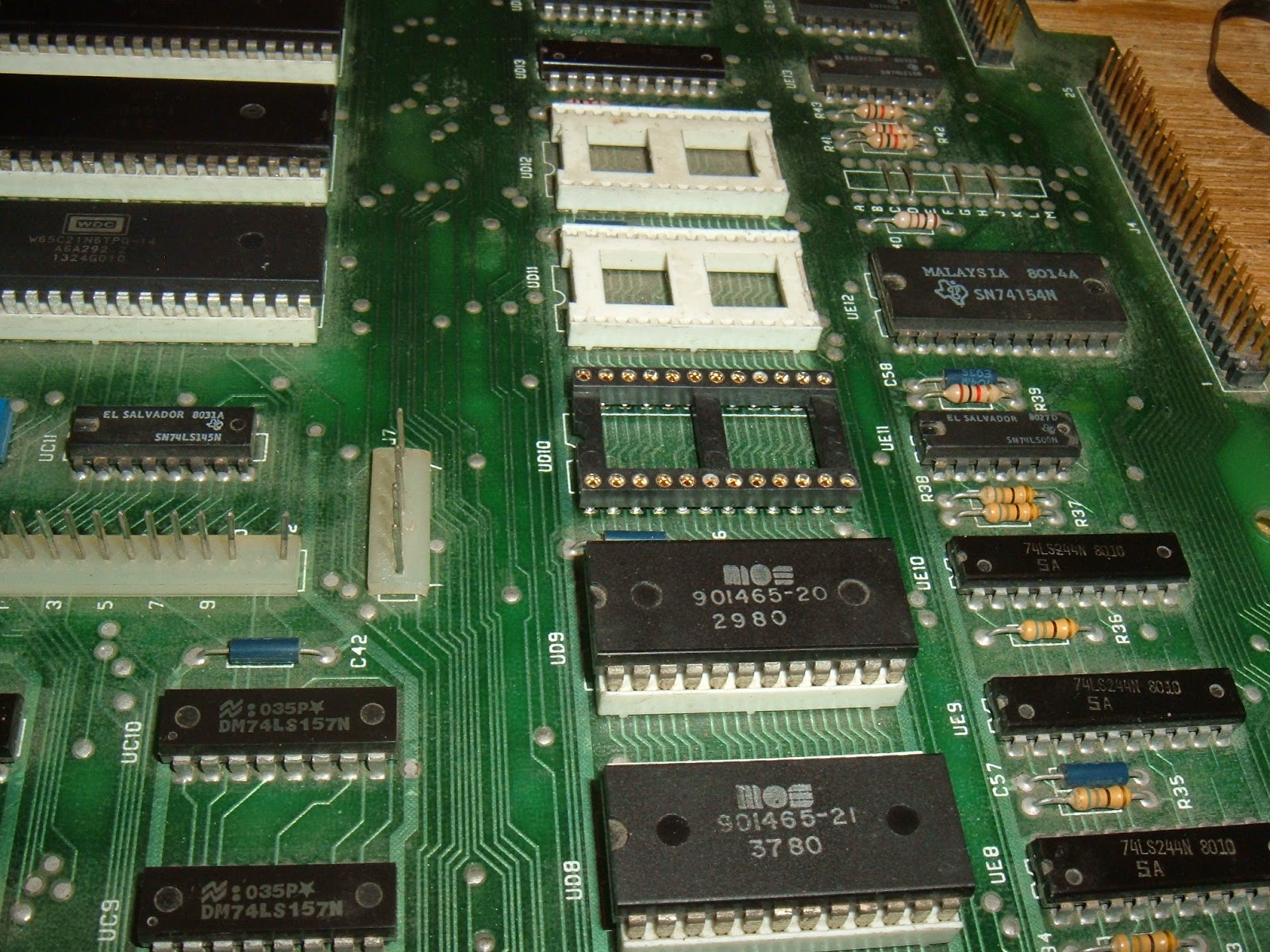 Technically, replacing it with a turned pin socket would be a better solution, but for historic and asthetic reasons, I wanted to keep the old style sockets. I could have used one of the two option ROM sockets, but again, that wouldn't look right. I could replace all of them, and may go down that route if there are any further reliability issues. 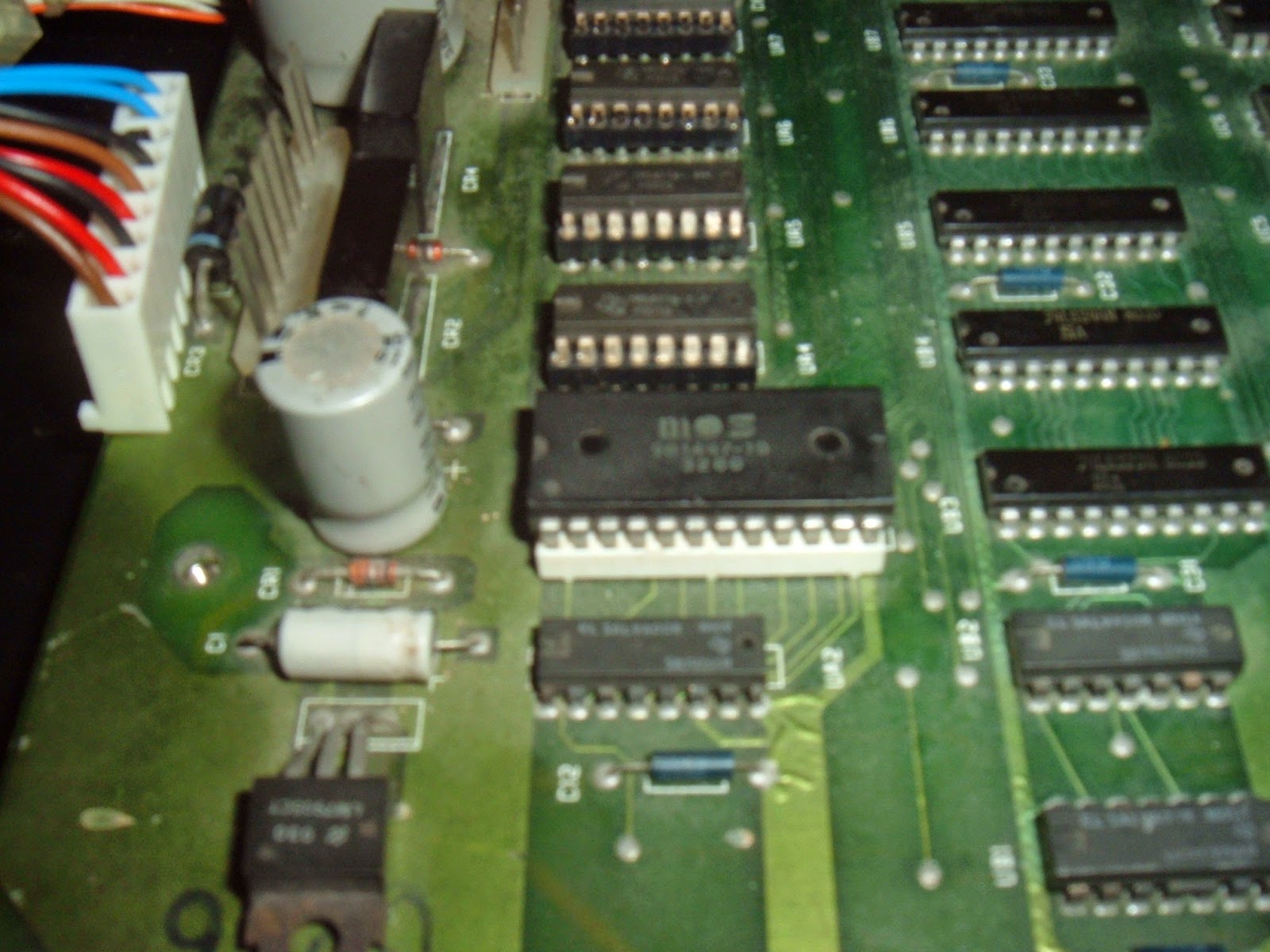 There is another white 24 pin socket on the board, the one for the character ROM,  UA3. That is at the other side of the board, below the DRAM chips. Half of the DRAM had failed and been removed and replaced with black turned pin sockets. 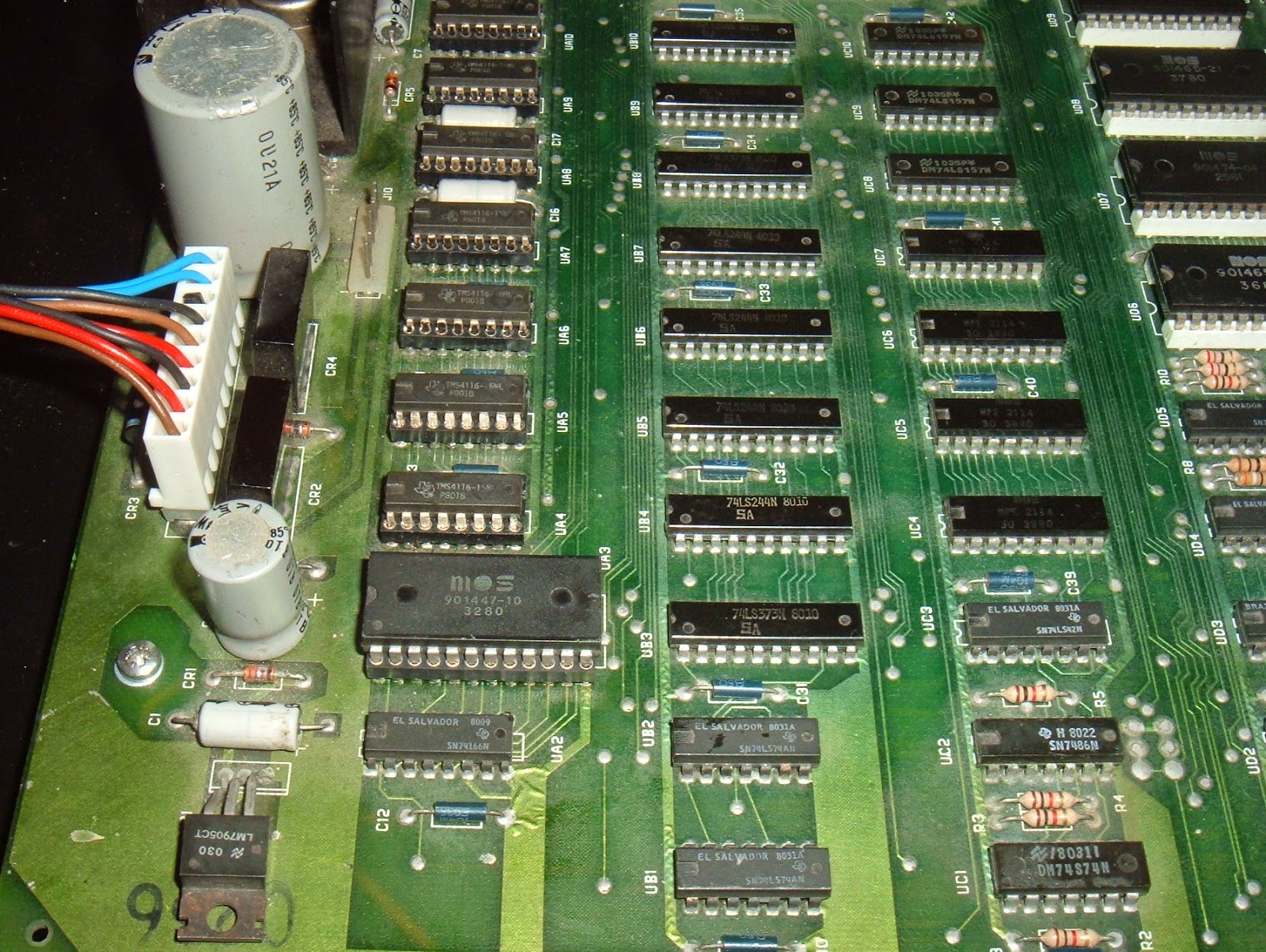 I removed the socket and replaced it with a black turned pin one. That tidied up that side of the board and provided a donor socket for the BASIC ROM. 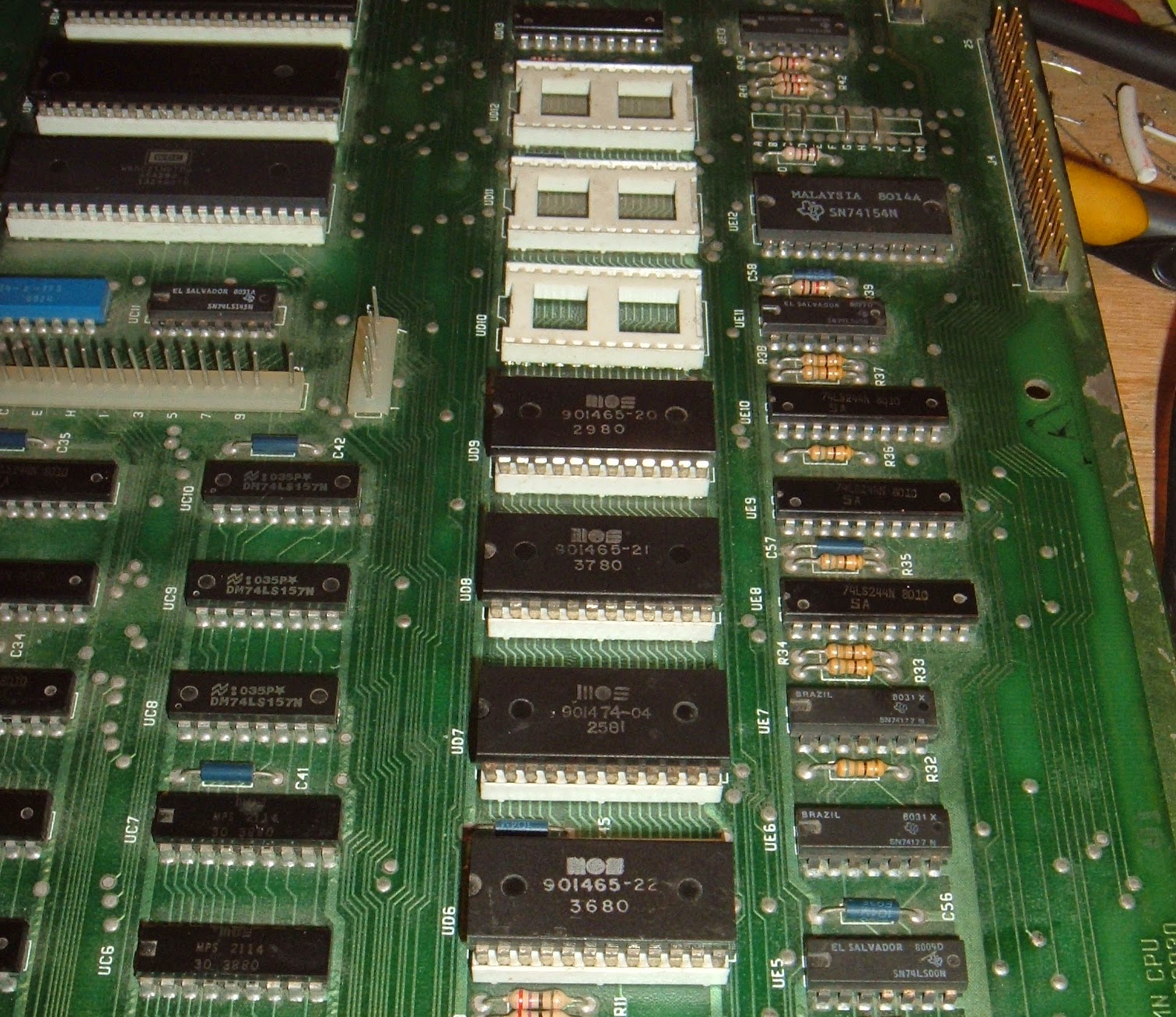 With that replaced, it seems to start up with out a problem now. 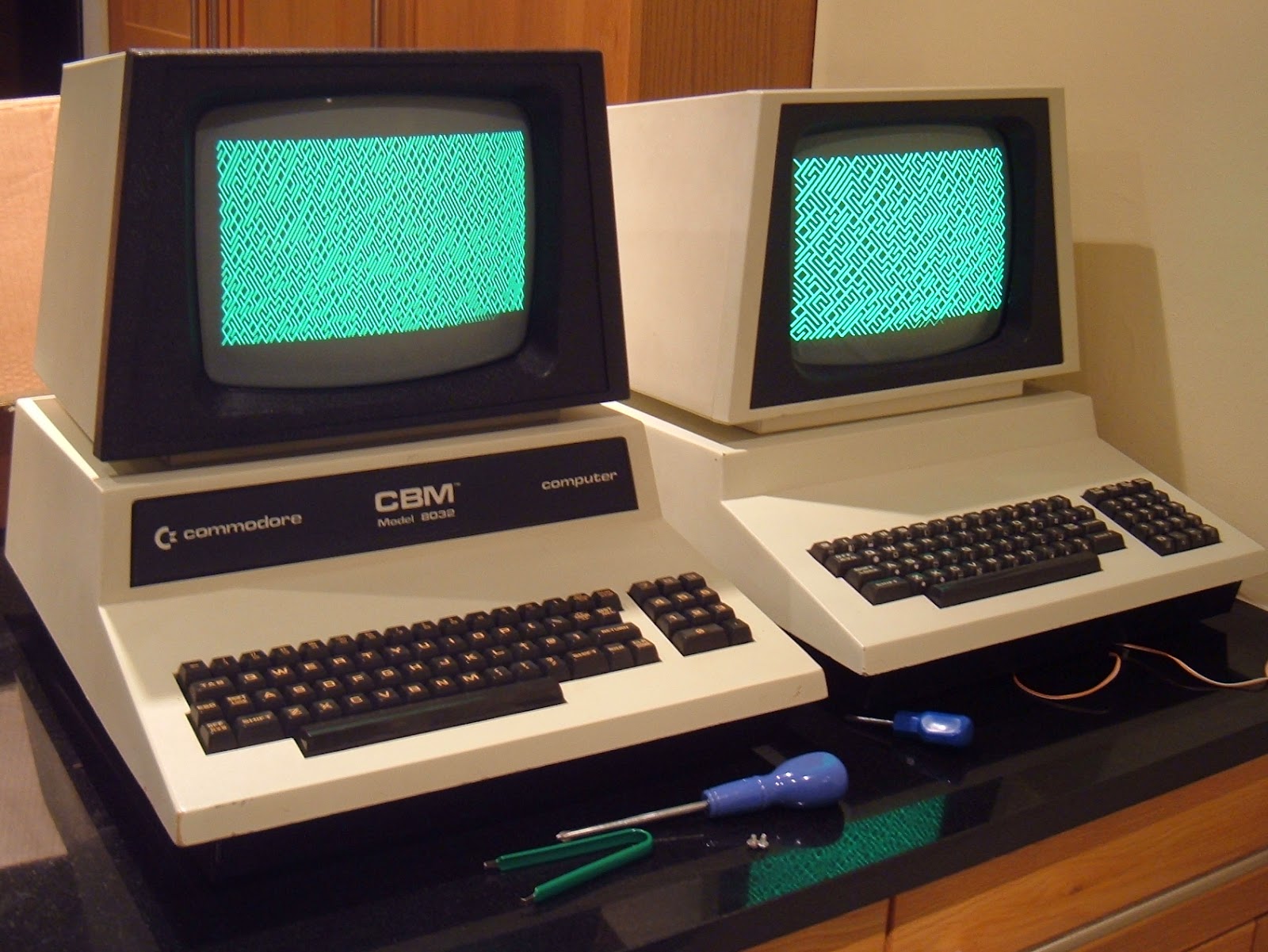 Time will tell if this has fixed the issue.
2022 Update: This PET is still working well, no further problems with the ROM sockets.
Posted by Dave Curran at 12:06