I've designed some new revisions of the PET microSD, taking onboard some feedback from the original version. One user had a problem with power supply. The PET's 5V rail is a little overloaded on earlier boards at best, and sometimes when the capacitors dry up a bit the rails can take a little long to rise to the appropriate levels. Upping the brownout protection on the microcontroller helped in this case. I've never been happy tapping the 5V rail, so I've added a switch mode 5V regulator to the board, so this can now run on anything from 7V to 22V, which with come from the main reservoir capacitor, which is around 9V DC, or the 18V rail which feeds the 12V regulator. 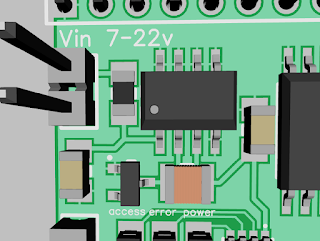 There are two new form factors, the original stuck out the back of the PET, and to reduce the size, I had parts on both sides. This was quite lot of effort both to design and to build. For these new versions, the size is not as critical, so I've also moved everything onto the same side, so it will be easier to construct than the previous double-sided load board. 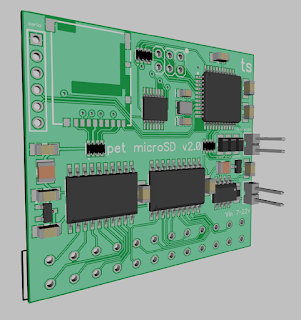 The first new version is a vertical board. All on one side, and with the new switching regulator, this plugs into the back like a ZX81 RAM pack. This will take up less space than the previous version, and should be easier to construct. 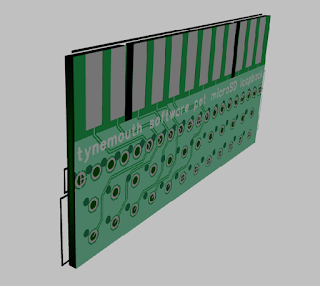 I've had a few requests for an internal mounting version. Whilst I did have one for an 8032-SK, the 8032 and it's predecessors if more of a challenge. It's not 100% internal, there needs to be a small loopback plug on the back. This has an edge connector to allow connection to external drives as well. 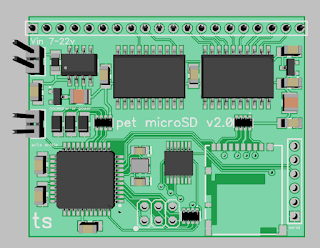 Inside a flat board plugs into the pin header on that board. Again, this is now single sided, and using a switching 5V regulator. It's difficult to picture how this will fit, this boar will sit flat on the inside of the case, just above the IEEE-488 driver chips. It should fit 2001-8032 boards, and also the 8032-SK. 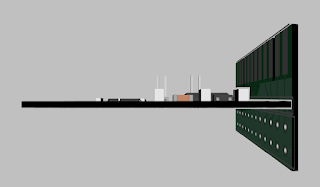 These new versions should be available from the end of the month - UPDATE - these boards are available now. See the new PET microSD range. 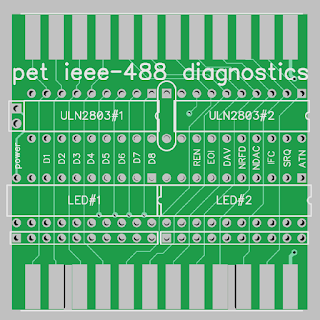 Finally, I've built up a litlle IEEE-488 extender with LED indicators showing the status of the various lines. This is mainly to help my testing, and save wear on the IEEE-488 port of my poor 4032, but if anyone else wants one, let me know.
Posted by Dave Curran at 09:44