The Museum of London has a new exhibition which I have been involved with. 'London in Video Games' is open from today until the 28th April. 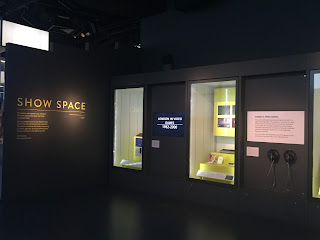 This tell the story of various early video games relating to London. On display are a number of boxed games and a Spectrum and Commodore 64. 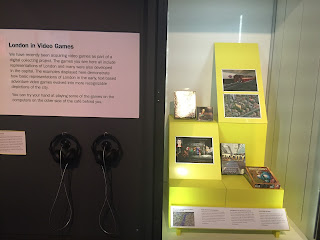 Outside of the glass cases, there are some 'pods' in a reception area. These normally house information terminals, but now allow some of these games to be played. And yes, for some reason, they do have padded leather all over the walls, but none on the chairs. 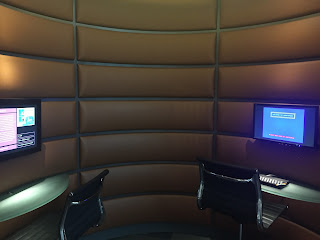 Rather than using the real hardware, which I had refurbished so it was there as an option, the games are running on emulators on Raspberry Pi's. These are  hidden behind the scenes in 3D printed cases.
This should make it easier to maintain, as the Pi emulators can be set to start and restart automatically. 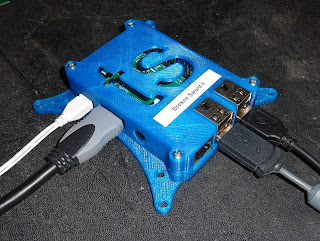 The user plays the game using my ZX Spectrum USB keyboards, so it still feels like the original game. There are a couple of text adventures (Hampstead and Streets of London) 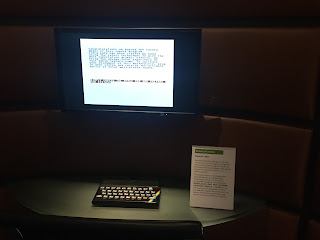 One game (Werewolves of London) uses a vintage Quickshot joystick (with USB Joystick adapter). We will see how these stand up to public use, there are a few spares standing by. 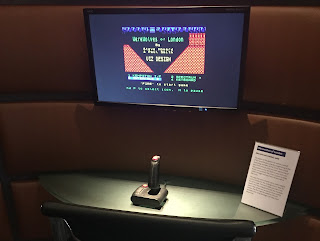 Finally, a Windows game (Broken Sword II) which uses the mouse. This is also run form a Pi, but this time a Pi 2 for a bit more power. The graphics are ever so slightly jerky when moving rooms, just like on an old PC video card. 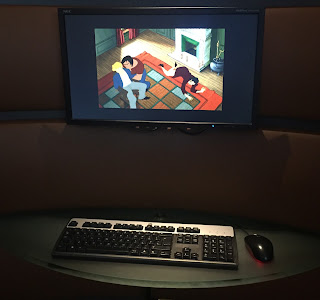 So if you're in London, pop along to the museum (near the Barbican) and have a play. 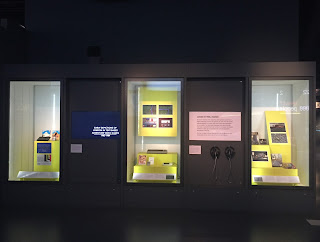 Thanks to Foteini Aravani for the photos.
Posted by Dave Curran at 12:39