Just a quick post with some photos of converting the NTSC version of the 4 switch Atari 2600 VCS to have composite video and audio output. 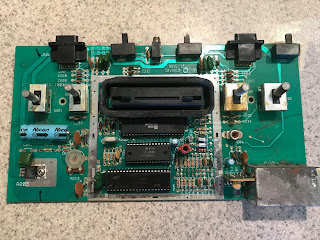 There are a few variants of this board, and the arrangement of the parts in the area where the audio subcarrier circuitry needs to be removed are laid out a little differently. 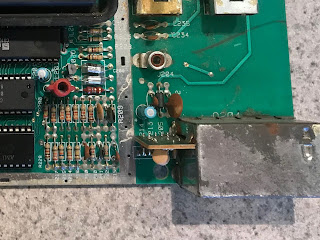 It is important to remove the right parts, rather than just whatever is in the position shown. Here is a general schematic which seems pretty consistent throughout the range of Atari 2600 consoles. I have removed the part numbers as they do change on some boards. 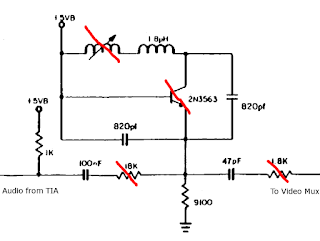 The first obvious part is the modulator, then are the large red variable inductor and the transistor next to it. That forms most of the subcarrier oscillator. I then normally remove the 18K resistor that connects the audio output to this circuitry, and also the 1.8K resistor that connects it to the video side. That takes the remaining components out of circuit. 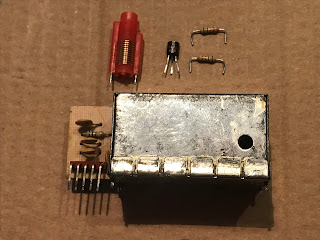 The two resistors are normally in these locations, but look out for the brown grey red 1.8K resistor (often marked R209) and the brown grey orange 18K (usually R207). 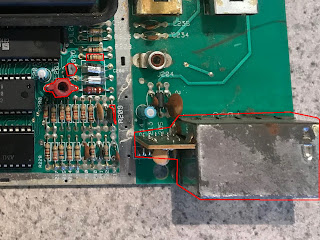 The 1.8K is the one on the right near the shield ground border, but on some boards, C209 sits to it's right. C209 is part of the circuitry which is disconnected by the other parts being removed, so it doesn't matter if it's there or not. 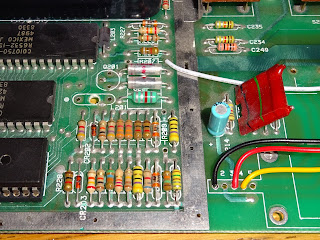 Connecting the composite video mod from TFW8b should be straight forward from that point. The modulator connector is a good spot to pick up 0v (the black wire), 5V (the red wire) and video (the yellow wire). Audio is connected as shown above, to the right hand side of where R207 (the 18K resistor) was removed. The side not connected to the transistor. 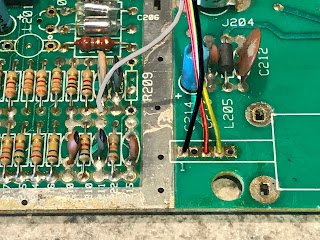 The above photo shows an alternative connection option. Some people tap the audio direct from the TIA output, at the junction of the 1K pullup resistor and 100nF decoupling capacitor. This also works, but I prefer the way I previously described which keeps the decoupling capacitor in circuit, protecting the TIA and the TV. 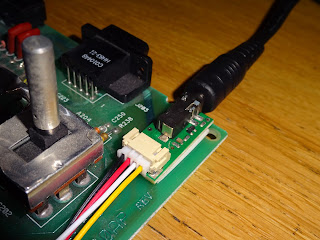 However it's wired, you can then mount the board where the channel switch was (that is no longer required), or fit it elsewhere and run the cable through the hole the RF cable used to come out of, and fire up your 2600 for some testing. 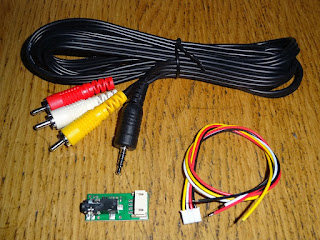 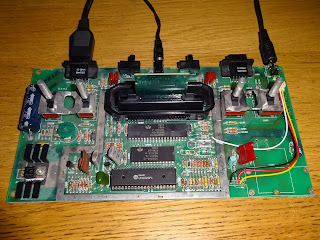 Thanks to Bill Bright for some of the NTSC 2600 photos used here.
Posted by Dave Curran at 11:15