A few years ago, I adapted the TZXduino project to work to create master tapes for The Future Was 8 bit cassette range, creating something out of a spare Spectrum +2 case, using it's tape deck to record the tapes. 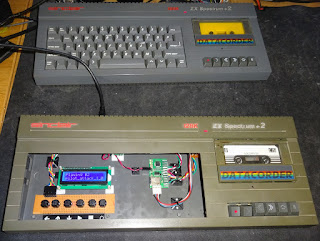 That turned out to be quite useful, so I ended up fitting the prototype bits into a second spare +2 case to make one for me. 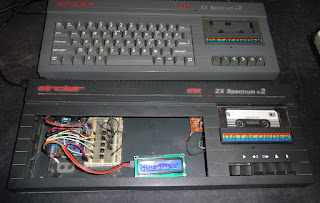 That's been handy a few times, but every time I dig it out, I have to fiddle around a bit as it's still on a breadboard and the switches keep popping out. 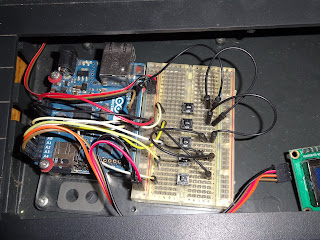 I had also used an Arduino Ethernet board because it had an on board microSD card, but was missing the USB serial on board programmer. The last time I dragged it I decided to do it properly. The case was still fine, it was a +2 where the keyboard supports had all been snapped by shipping it with the powersupply sitting on the keyboard. 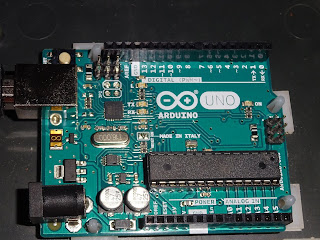 I went for a standard Arduino UNO, so that it could be powered and programmed via USB. I wired up an Arduino portotype shield with the buttons and connections. 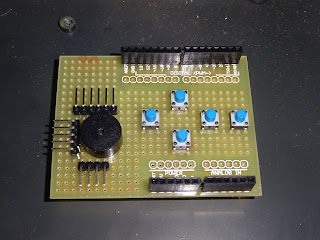 As I wasn't using the Ardunio Ethernet any more, I needed a card reader. Here I used an SD2BBC board, which was adapted to work as a plain card reader. 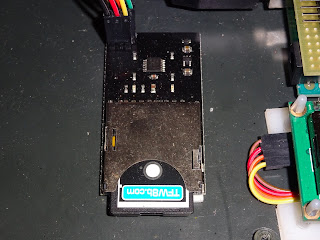 The final element was the display, here I reused the original one, as that was working fine. 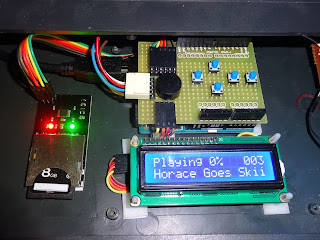 And it is complete. The white plug in the middle is the output to the cassette deck built into the Spectrum +2 case. 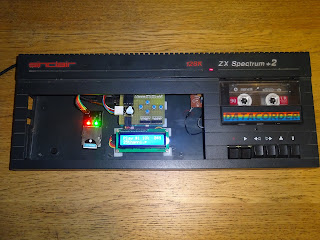 I used that to generate the tapes I needed. 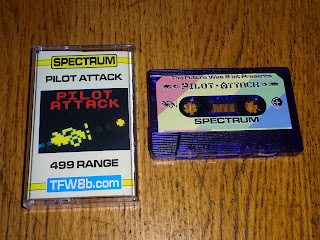 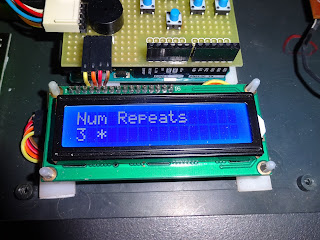 I've been getting mixed results from loading vintage ZX81 tapes into the Minstrel 3, some of them have not stood the test of time well, with noise and dropout. 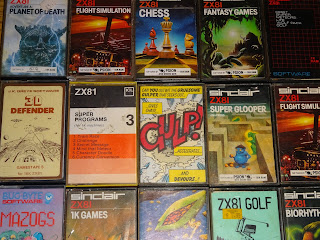 I didn't fair any better loading them into original ZX81 hardware. 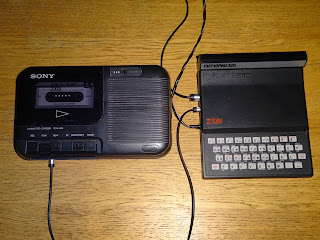 I got better results on both from the newly created tapes. 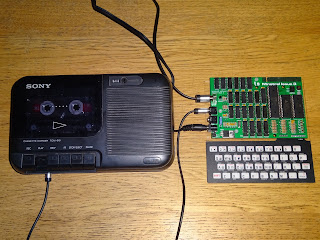 I made up an alternate lead for the TXZduino, with a 3,5mm jack plug on the end, to drive the ear input of the ZX81 / Minstrel 3. 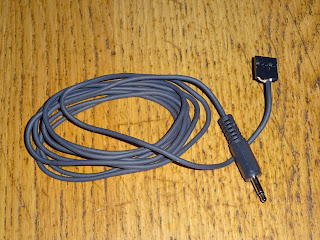 That worked fine, and I have been using that for the cassette loading testing. 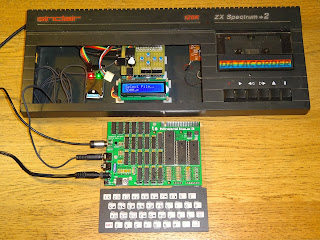 That works much better, cutting out the analogue tape middleman. 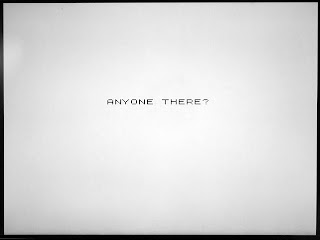