I've finally got a replacement for my desoldering station, after giving up on my original supplier and going elsewhere. Now I can catch up on all the jobs which are likely to need a lot of desoldering, and have been old hold whilst I've been waiting. Here we have another Commodore 64 to repair. The initial fault was a black screen. 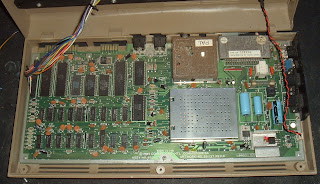 I went straight to the usual culprit and, yes, it was the PLA. Desoldering station working well, removed, socked and replaced that. The PLA was verified as faulty in another machine, and a working PLA brought this back to life (well, sort of). 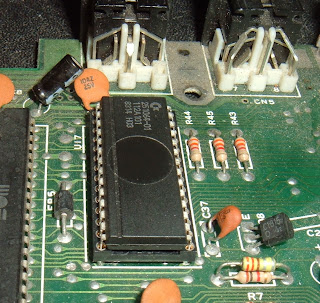 This is actually the later CSG 251064-01 which seems to be more reliable than the original MOS 906114-01. There was now something to show on the screen, but it was random garbage 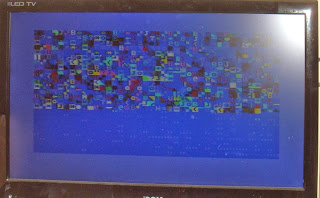 Just to side track for a moment, on the subject of random garbage. I remembered years ago finding a good demonstration that the random number generation on this sort of computers wasn't as random as you might think. There is an example in one of the Spectrum + user guides which shows some 'random' coloured blocks. 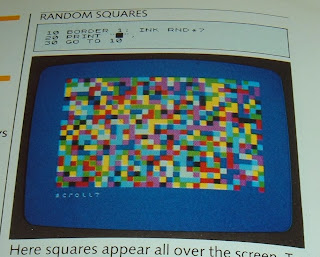 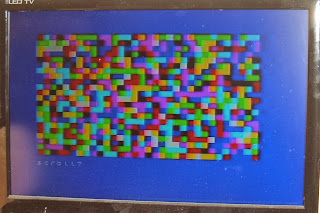 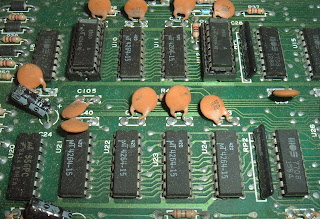 Anyway, back to the Commodore 64. At some time in the past, two of the DRAM chips have been replaced. This always starts the alarm bells ringing, particularly when they are different speeds. I thought it might be a good time to use the Commodore 64 Diagnostic Cartridge and see if it could pick out the faulty chip. I had been using a bit of a hack using a 2764 EPROM, but I thought it might be time to make a neater one. I got a couple of game cartridges and had a look inside.

The Omega Race one on the right looked the best bet as that was a simple 8K chip. 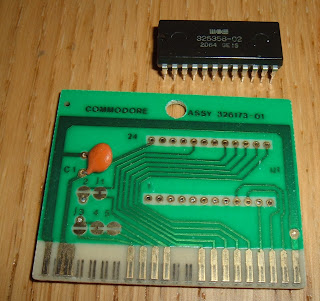 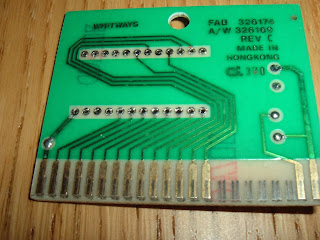 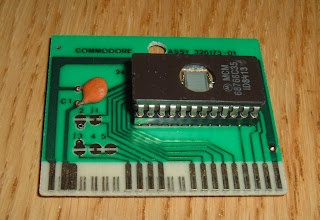 The Diagnostics program ran, and highlighted problems with 4 of the DRAM chips, the mess on the rest of the screen is due to the memory fault. 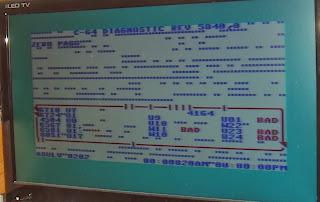 Time to change the DRAM. More desoldering, at least it's a good test. 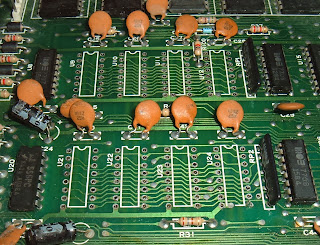 I installed sockets for the DRAM chips and tried various combinations. It seemed there was actually only one chip at fault, but when that was present, it caused another three to report failure. I'm not sure if this is a deficiency in test program, or something to do with the mixed timings and manufacturers (which I normally try to avoid). 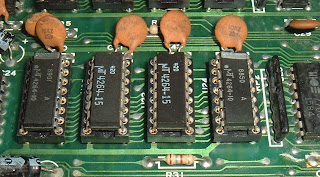 After further testing, I decided the best option was a fresh set of DRAM chips. 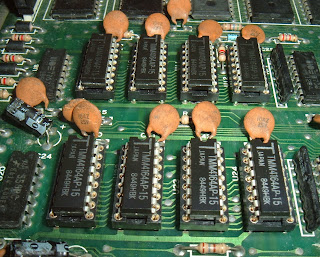 Retesting with the new DRAM, all was well. 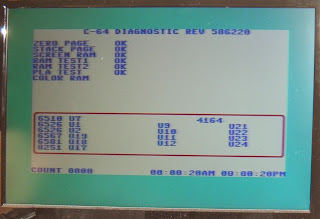 I've made up a suitable label for the cartridge, stuck over the original, so if I ever feel the urge to go back to Omega Race, I can. 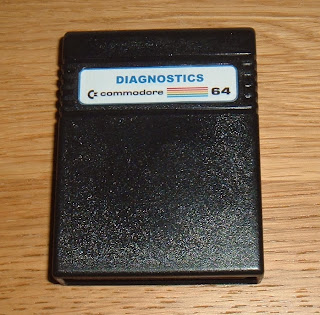 That's now part of the testing toolkit, ready to test the next one. 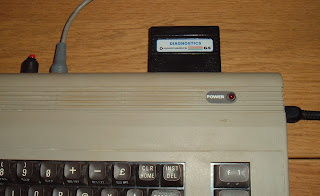 The new desoldering station has passed with flying colours, time will tell if I get the same issues with tip deterioration as I did with it's predecessor.
2022 Update: After much experience, I now replace any of the Micron chips with the MT logo on as so many of them fail, it's better to replace the lot.
Posted by Dave Curran at 10:33