Ebay is a good source of old computers, and I buy quite a lot from there. I usually go for the unwanted, unloved, un-bid-on items that need a bit of TLC. Over the years you get to see patterns in what is listed and what actually arrives.

I was pointed at a listing last week which stated:


Does not power on - item was working then one day it just stopped.

Elvis was fine, then one day he just stopped working. No, Elvis is dead. Sorry to break the bad news, but you should have heard by now.

For reference, here is a translation of what many of the terms used on ebay listings actually mean:


You see the pattern developing there? Caveat Emptor. I hate to go all Fox Mulder, but Trust No One. I buy a lot of stuff from ebay (this is me now, not Fox), and usually approach it with the expectation that it is going to be bad. 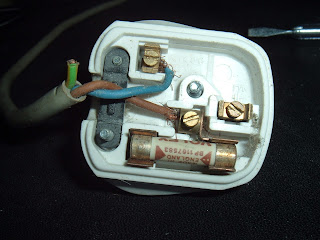 Certainly be wary of power supplies, I've had several Atari 2600's both ebay purchases, and ones sent in for repair (that were probably ebay purchases) which came with the wrong mains adapters, and worked fine with the right power supply. Mains plugs are definitely worth checking. They almost always have 13A fuses fitted, the screws inside loose and sometimes the odd wire reversed. 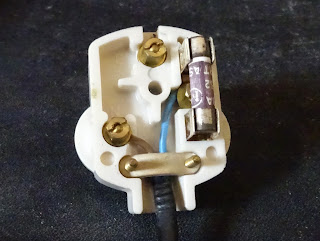 I've also had Spectrums, and recently an Oric-1, where the internal regulators had been bypassed. Always worth a look inside, you never known what you are going to find, or not find in the case of this Spectrum +2 which was looking a little short on the RAM front. This was listed as 'was working when put away'... 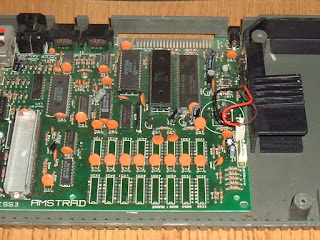 To balance those out, sometimes you do get extras. I found a nice selection of springs inside a Commodore PET 8032-SK. Very kind of the seller to include them, but not the best for the address bus drivers. 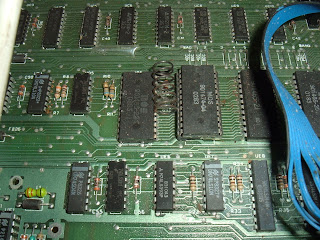 I had a guitar amp in for repair that I think had come from ebay. The lights were on, but only a loud buzzing sound. As well as a lifetime supply of cat hair, inside I found a bonus free guitar case key wedged between a MOSFET and some wire links. Worked a lot better with that removed. 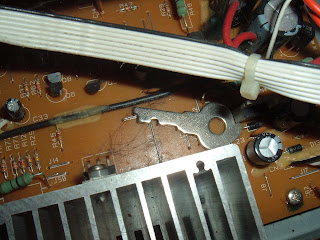 On the plus side, it's always a bit disappointing when you buy something and it is in perfect condition and works first time. It is much more interesting to fix things, so I prefer the broken ones, and I am rarely disappointed.