Like many machines of it's generation, the only output from the ZX81 is a UHF television signal. Analogue tuners in Modern TVs (if they even have them) don't like the approximation of composite video the ZX81 generates. Even more so the earlier version with the 2C184E ULA which is missing part of the signal. Results of this modification with that earlier ULA will depend on your monitor, some will still not like the signal - see this blog post on the Minstrel video output for more information on why modern LCD displays do not like the ZX80 and early ZX81 video output. 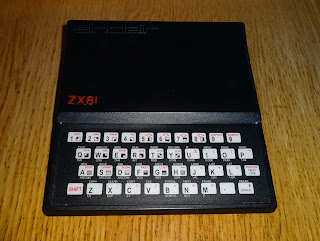 I've done composite modifications on ZX81 in various ways in the past, usually by fitting a transistor amplifier inside the modulator. Using through hole parts, bending the leads and soldering them to the appropriate place. I though I would try a neater approach. I had made some PCBs to make the same job on the Atari 2600 easier, on the left below. 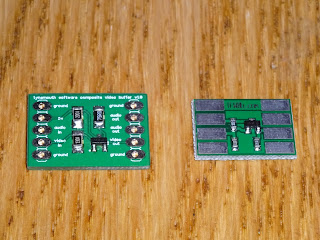 I also had some boards from The Future Was 8 Bit (on the right), which were a bit smaller, and didn't have the holes in. They were a better fit here as there are no connections on the back of the PCB, so I can just rest it on the original modulator circuitry. You could remove the original modulator PCB if you like, but there is enough space to just leave it in place but disconnected. 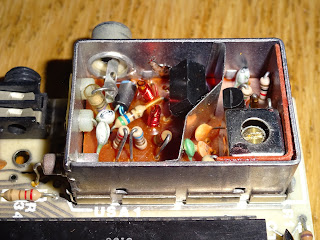 I soldered some wire tails onto a composite video buffer amplifier PCB from TFW8B and poked them through the appropriate holes. The new PCB has no connections on the back, so will just sit on top of these. 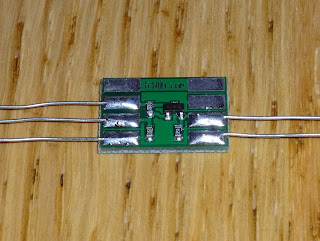 The top pad on either side are for audio pass through, not used here, and the 0V are all connected together. I used two here for physical support only. The other connections are as follows: 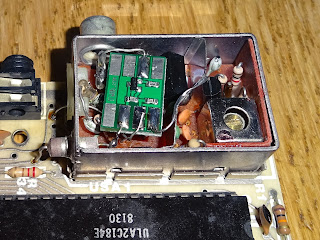 The output of the modulator was desolderd from the phono connector and folded back to the board, and a new wire connected to the new PCB. Finally a ground wire was soldered to the modulator case. These wires also serve to support the PCB. 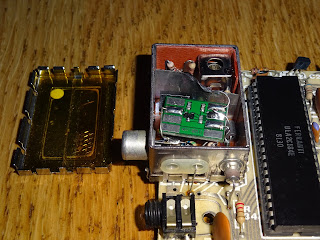 It does not touch the top of the case, but I added some kapton tape for insulation anyway. 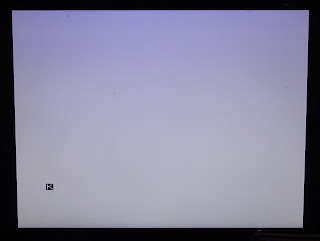 The picture was very sharp and clear on the LCD TV. It works best with the 2C210E ULA, you can get good results with the 2C184E ULA, but it depends on your TV / Monitor (the older the better). 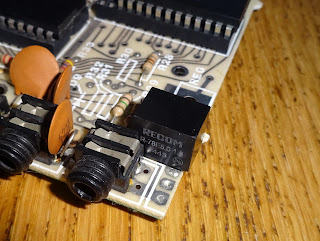 This was part of the 'upgrade all the stuff on my ZX81' package, so I also replaced the 7805 linear regulator with a switch mode version. 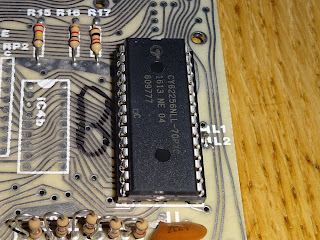 The original 1K RAM was swapped out for 16K internal RAM, and a new membrane fitted. 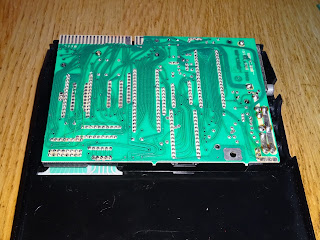 Time for the compulsory testing. 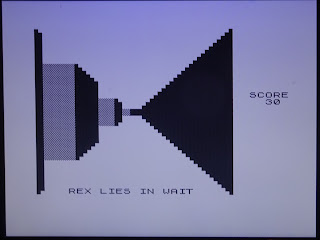 There is an accompanying blog post showing the same modification on the Timex Sinclair TS1000.

If you want to support this blog, you can donate via Patreon or Paypal, or buy something from my store.
Posted by Dave Curran at 14:40