Before the days of the home computer in the early 1980s, the 1970s electronic entertainment of choice was a TV Tennis game, pong, tele-sports, or many other names. 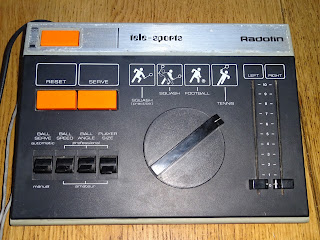 This example was the Radofin tele-sports, although there were many other variants. All of these were very similar, you plugged it into the TV, tuned it in (usually UHF channel 37) and had a selection of games like tennis in glorious black and white, and later in colour. 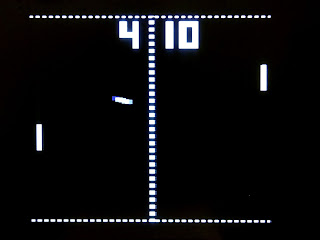 There were two controllers, which were actually just variable resistors in boxes. These controlled the 'bats', the two vertical bars on the side. A square pixel, the 'ball' would go from one side to the other, either rebounding off the bats or sailing off the side of the screen and scoring a point for the opposition. 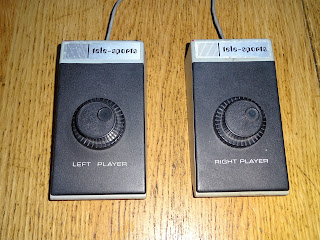 The reason these were all very similar is they often used the same chip, or one of the same family. Here the original AY-3-8500, dated early 1977. 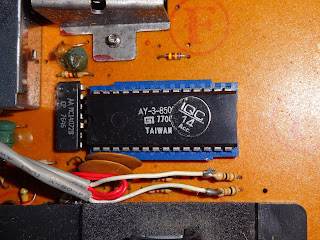 The other chip is a 4072 dual 4 input OR gate which is used to combine the video signal. The rest of the unit is basically switching and analogue electronics. No microprocessor, ROM, RAM or anything like that. 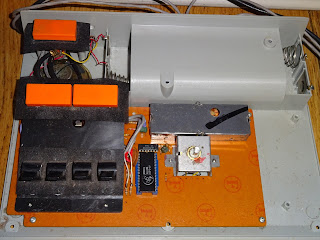 You might also notice the space on the right hand side. What looks like a big selector switch is in fact an entirely mechanical scoreboard. 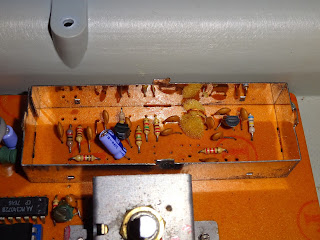 These days this UHF TV signal is not very compatible with a modern TV, so I have been asked to convert this to have a composite video output. It turns out the video signals generated internally are quite good, so it is just a case of locating these and buffering the output. 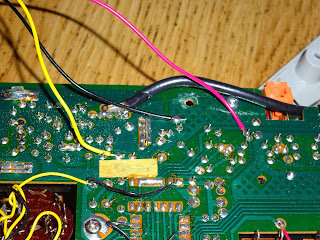 Here I have tapped the 9V DC supply on the red wire, 0V on the black, and the yellow taps the composite video signal as it enters the modulator. Note neither the modulator shield or the TV cable are connected to 0V. I've done a few of these, and they are all different, it's a matter of following the signal around and finding an appropriate point to tap it off. 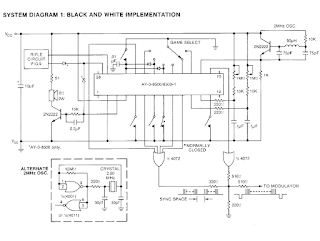 Some boards save money on a 4072 and wire OR the signal together with diodes. The diagram isn't that clear without the pinout. 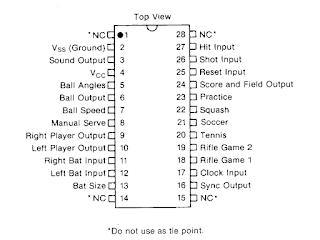 It's interesting to note the various elements are available as separate signals, I am tempted to look at making a colour version by using these to generate a red bat, green ball etc. 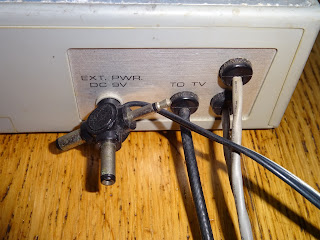 The original unit had the TV and controller cables hard wired in, the only socket being one of those horrible 2.5mm audio jacks used for power and one of those equally horrible multiple connector power supplies.

To make things easier, I am going to re-purpose the TV lead as a composite video output. Fitting a phono plug in place of the original TV aerial connector. 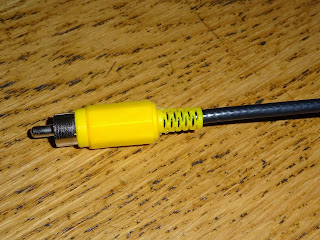 Inside, the lead was switched (maybe to reduce interference when not in use?), so I cut it a that point, leaving the original output still connected to the modulator and the switch. 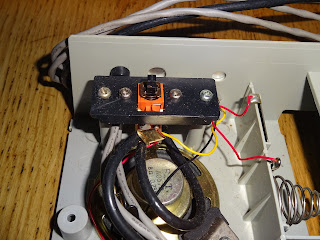 I attached the end of the cable to a TFW8B video board to buffer the video signal, and mounted that on top of the battery holder. 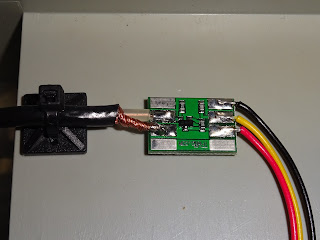 That is fixed down with a double sided foam pad, and an extra cable tie to hold the video out cable in place. I have only connected the video up. There is audio, feeding an internal speaker. You could disconnect that and feed the audio to the TV, but it works fine as it, and would need an additional hole drilling so I've left it as video only. 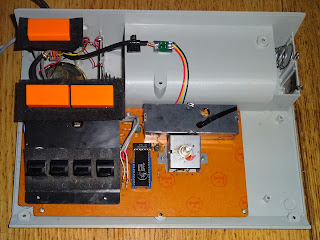 With that in place, it doesn't look too bad. The picture is surprisingly good on a modern LCD TV. 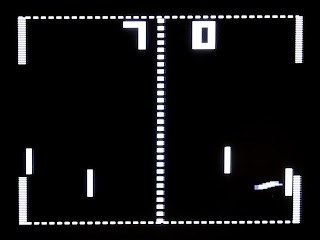 You can enjoy the variety of games it offers, such as tennis as shown at the start, but also football and squash. 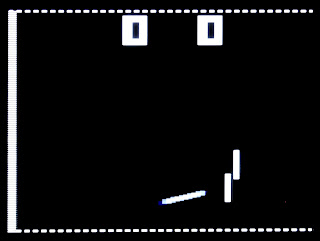 This is also practice, which is just a single player version of squash. 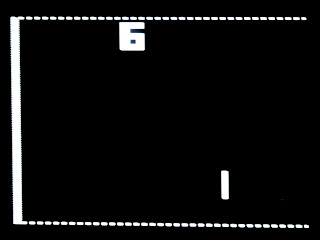