One of the more unusual of the TV Games I have been adding composite video modifications to is the Binatone Superstar. 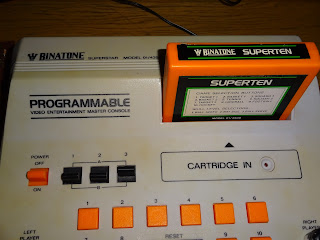 This is described as 'Programmable', and has a selection of 'Cartridges'. I have seen something similar before where the 'cartridges' contained just shorting links, and all the games were on the main chip inside the system. 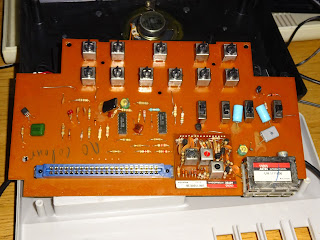 This one is different though, inside there system there really isn't that much. A pair of 4069 hex inverters isn't enough to run a TV game. 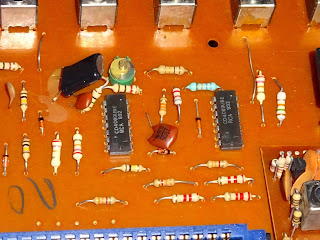 The other main parts are the PAL colour encoder board and UHF TV modulator. Again, not enough for the TV game. 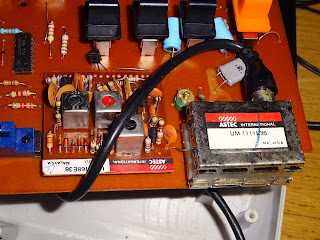 Other than that, there is just the cartridge slot. I noticed it is the same size and pitch as the VIC20 cartridge, although without a 6502 or a VIC chip or anything else in there, this will not work. Do not try this. 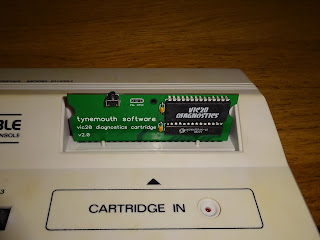 What should actually be in there is the 'Super Ten' cartridge. 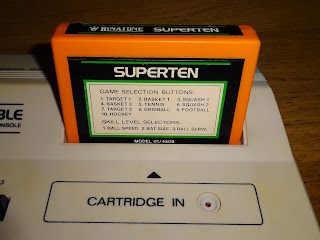 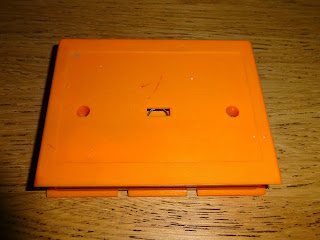 The label had been removed as that was covering the screws, so lets have a look inside this one. Yes, rather more than the shorting links I had first expected. 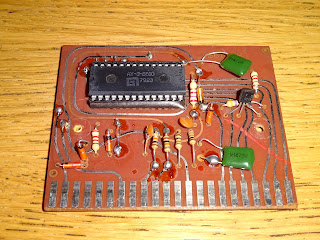 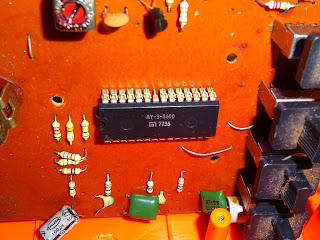 So I'm not sure about 'programmable', but it is certainly 'cartridge based'. I guess if you had nothing better to do, you could build a 'cartridge' with a Raspberry Pi zero in and use this to run some TV game emulators. No, mustn't do that. Too much to do. 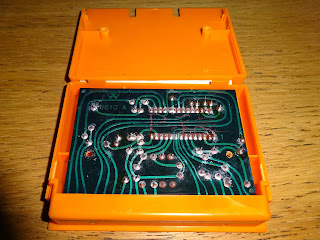 I guess you could also make a small box with an edge connector socket on that you could plug one of these cartridges into and get rid of the massive base station. No, too much to do.... 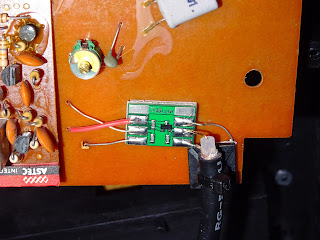 The first thing to do is make this work on a modern TV, so it's out with the UM1111 and on with a composite video buffer board (one of the ones from The Future Was 8 bit). 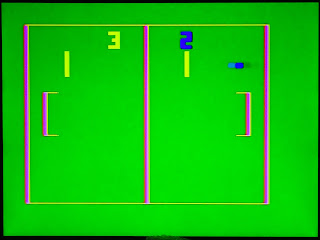 And time for some colour football. This is unsurprisingly the same set of games as most of the other systems, you just get a keypad to select the titles from, rather than a rotary switch. 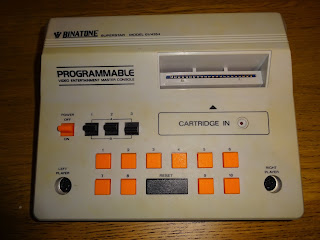