When repairing something like a ZX Spectrum, it's good to run it on a soak test for a while. In this case, it was an issue 2 board where the colour had drifted, so I wanted to let it run for a while, and run from cold the next day to make sure it hadn't drifted again. 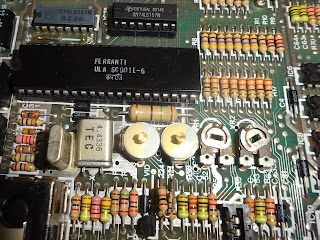 This one had been working OK, but when I powered on the following day, it didn't boot. A quick check of voltages, and the -5V rail was missing. 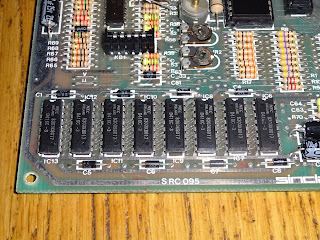 At this point, it's a good idea to switch off, the 4116 chips in the lower RAM don't like running without all their supply rails. None of them felt hot, which is normally a sign that they have an internal short, which could be dragging down the -5V rail. 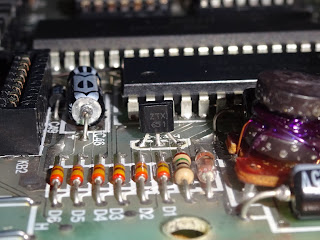 Normally, when the 12V and -5V supplies have problems, it is the transistor in the DC-DC circuit, TR4. I replaced that with a new ZTX651, and tried again, but the -5V rail was still reading 0V. 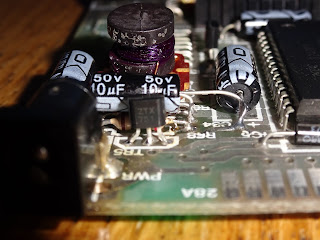 The next port of call is the other transistor in that circuit, TR5. I replaced that with a new ZTX751, but still got 0V. The circuit used in the DC-DC section changed with every revision of the Spectrum, but I still don't think they ever got it right. 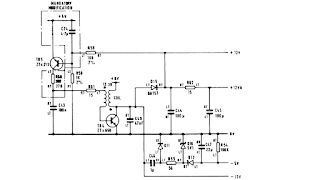 Looking at the schematic for the Issue 2 board, I started to isolate sections. Firstly, I removed R55 to check if there was any negative voltage rail being generated. 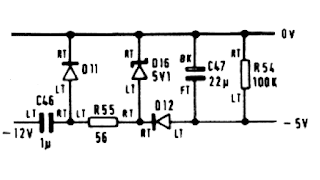 With that isolated, I was reading around -12V, so the oscillator was working, but with R55 in place, it dropped to 0V. The next thing to try was removing D12. 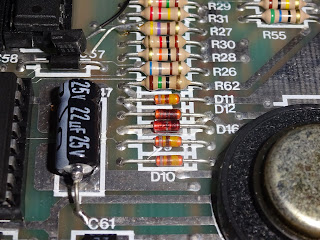 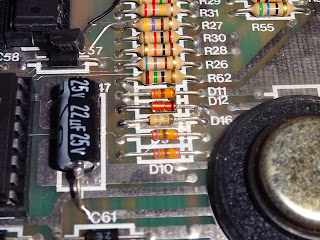 So D16 had failed short circuit. One new 5.1V Zener diode and we were back in service. I wasn't expecting that one, but at least I didn't have to go through removing all the 4116 RAM to see if one of those was at fault. 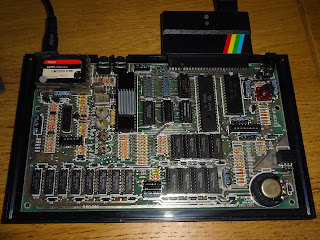 If you want to support this blog, you can donate via Patreon or Paypal, or buy something from my store.
Posted by Dave Curran at 11:55