Following on from my previous Toshiba HX-10 repair, here is an HX-10D. 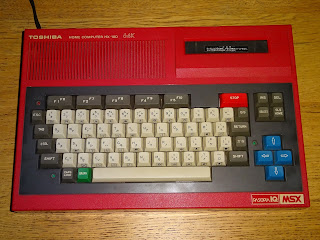 This is a Japanese NTSC-J model, but otherwise very similar at first glance to the HX-10. Other than the fancy red colourscheme, I was expecting it to be the same machine inside. 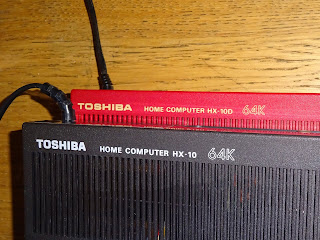 They are both 64K MSX 1 machines, but the HX-10D, being a Japanese machine, also has a different keyboard. 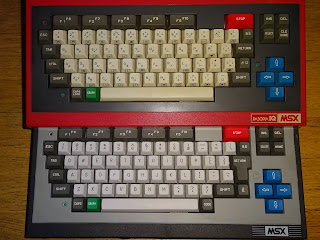 The HX-10D has an extra key below return to enable / disable the additional character set, and an LED alongside to show the current state. 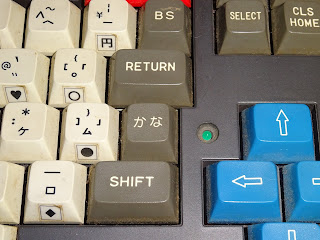 I had wondered what the recess was in the HX-10 moulding. 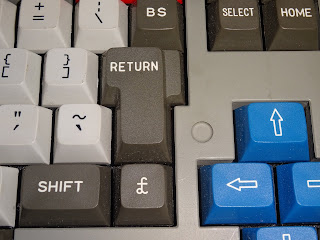 Turning on this mode allows the entry of additional characters. I hope I didn't write anything inappropriate. (the first command is the change the colours as I don't seem to be able to take decent pictures of white on blue screens). 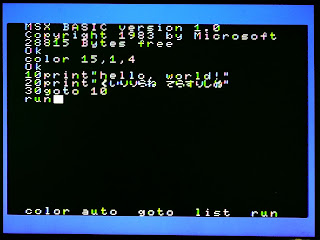 Before I could take such a picture, I had to work out the external connections. As with the HX-10, this has two photo plugs for audio and video out, but I wasn't sure which was which. 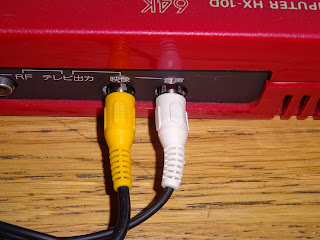 Luckily it is marked inside. 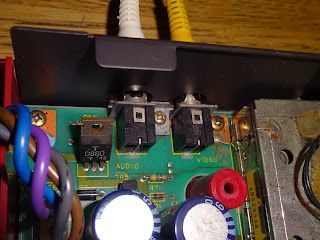 I had expected the board to be the same, just without the PAL module, and with a different ROM and video chip, but the whole board was different. 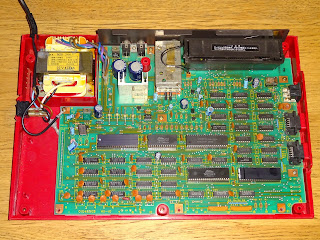 The board was wider and laid out differently than the HX-10 shown below. 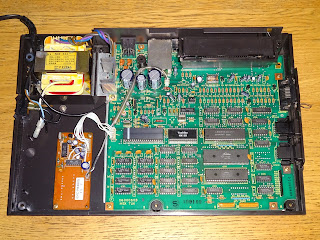 Even the chip count had changed, the large high pin pitch custom chip in the HX-10 isn't there, and instead there in an 8255, and maybe a few more TTL chips. I'm guessing it is the same Yamaha YM2149 chip under the heatsink, but I didn't lift it to check. 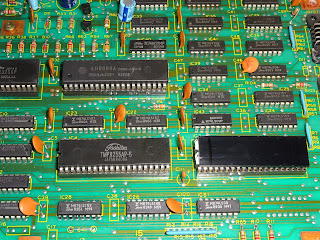 The other main difference is the lack of the parallel connector on the side, instead the tape connector is there. 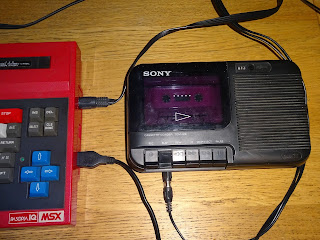 This one again is being fired up to test out the new Rodman game by Misfit. MSX is one of the 8 supported systems, and I wanted to check a PAL and an NTSC system. 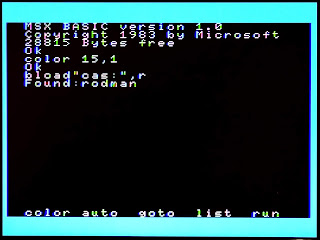 And away we go. Do you know, with all this testing, I'm getting better at this. 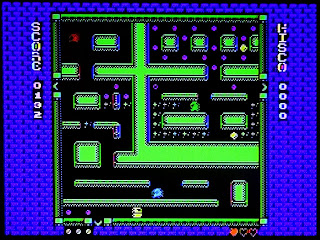 Rodman is on pre-order now at The Future Was 8 bit. 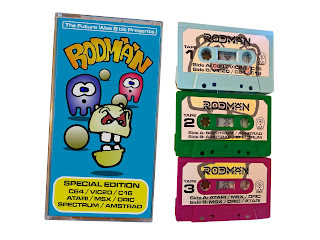