I have fitted several of these SD2IEC modules inside machines before (see posts on the VIC20 and C64). This one is the SD2IEC Classic from The Future Was 8 bit. 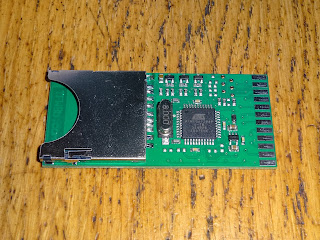 This time, one is going inside a Commodore 16.

There is loads of space inside the C16, so this shouldn't be a problem. 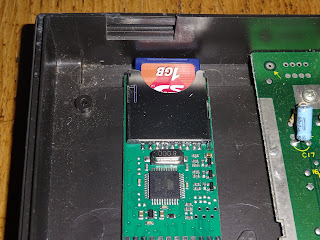 There is even space on the back edge, so you could cut a slot and have the SD card sticking out of the back of the case. I'm not doing that here, just fitting it internally. It's only three screws to open the case if I need to change the contents of the SD card, new C16 software is not coming out that often these days.* 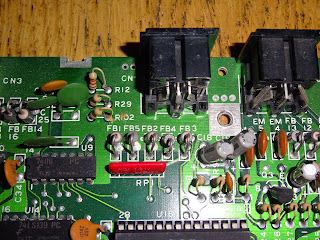 The connections required are three IEC bus pins (ATN, Clock, Data), 5V power and ground. These can be found on the ferrite beads below the IEC socket, as follows.


I did try desoldering the lead on the ferrite bead and fitting the wire back into the same hole with the bead. That had worked with diodes on the other machines (there are no protection diodes on the C16....), but there wasn't enough space. I instead soldered the wires on the bottom of the PCB. 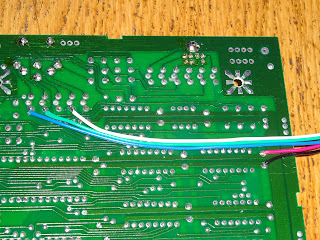 Red and black go to 5V and ground respectively. There are a number of sets of holes on the side of the board, apparently designed for decoupling capacitors that weren't fitted. I cleared a set of these for the power wires to attach. 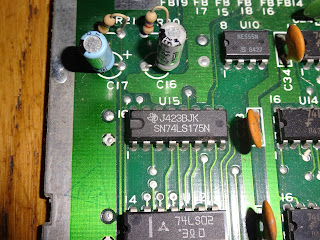 The wires could be soldered directly to the SD2IEC classic board, but I went for the same option I had previously used, fitting a 6 pin header and matching socket. 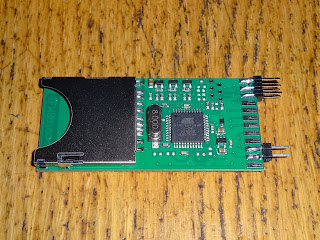 The board was attached to the case using two foam pads. 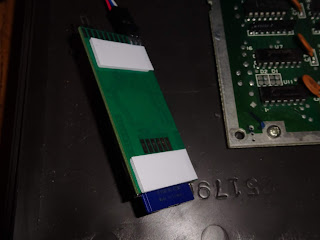 That all fits quite neatly in the space at the side of the case. 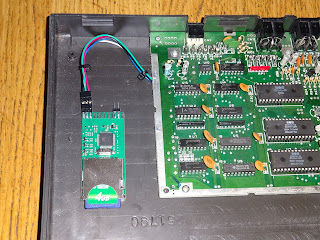 The pinouts of the SD2IEC board are shown below (taken from the TFW8b info page). This is the top 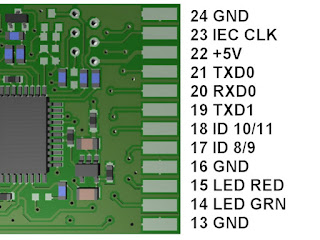 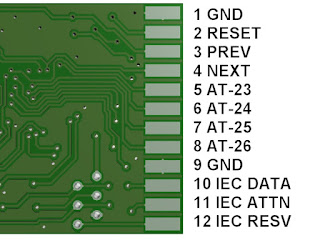 You could leave it there, and it works fine, but you don't have the buttons or LEDs. I don't think there is much software for the C16 that requires multi-disk swapping, so I'll not bother with the buttons, but the activity and error LEDs would be nice. 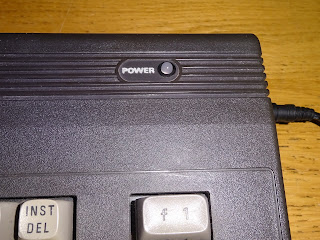 I don't want to drill extra holes in the case, so I have modified the power LED to show the status of the SD2IEC as well. To do this, I have removed the standard 5mm red power LED, and replaced it with a tricolour LED. 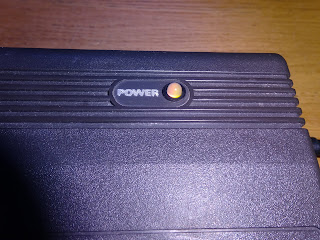 The wiring of this is a little convoluted. I wanted it to be able to show access and error, but also function as a power LED. I went through quite a few ideas on paper to get this to show red for one thing, green for another, amber a third etc. several of which would have required additional logic gates or transistors. 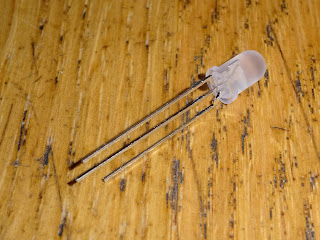 I finally went for a circuit which required a common cathode LED with three resistors and a diode. I loosely taked the parts together for testing (as shown below). The final version was tidied up a lot. The two central wires attach to the normal LED connector, these pick up 0V directly on the black wire, and the red wire is connected to 5V via a 470R resistor on the C16 board. There is now an additional 1K resistor in that lead. This means the LED lights red, but slightly dimmer than normal (it is actually about the same brightness when dim as the original LED, as technology has improved since the days of the old GaAs LEDs.). 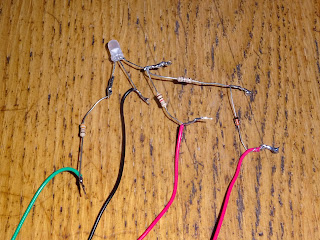 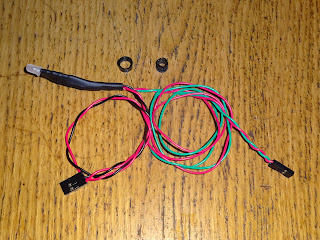 The red and green wires attach to the two pin header I added to the SD2IEC classic board. 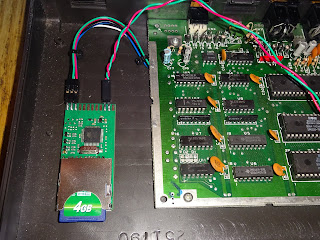 The red and black wires plug into the normal power LED connector on the C16. Note the heatsinks on the CPU and TED chips, these are difficult chips to replace, and they do run hot, so heatsinking should help extend their short lives. 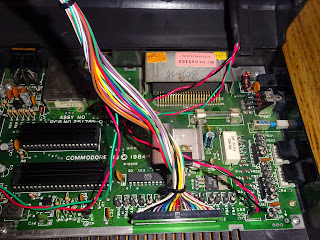 Time to test it out. The C16 has BASIC V4, so I can use some of the additional commands I am used to for the PET that the C64 and VIC20 don't have. 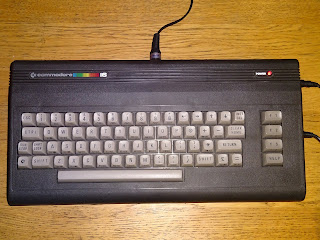 PRINT DS$ shows the last response string from the drive, immediately after power on. this will give a firmware version number. DLOAD "filename" is the same as LOAD "filename",8 (in general terms anyway). 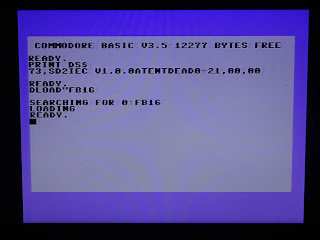 DIRECTORY can be used to do the same as LOAD "$",8 and LIST, but without clearing the program. (although it does it in a horribly inefficient way at the protocol level). In BASIC you can just press F3 and it will type DIRECTORY for you and press enter. 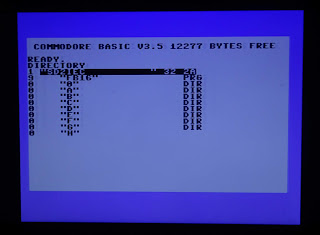 SHIFT and RUN/STOP also follows the PET BASIC 4.0 style, and will load the default program from the SD card. 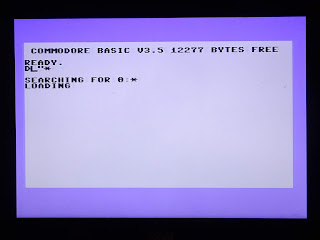 And we're in, the filebrowser showing the disk contents, 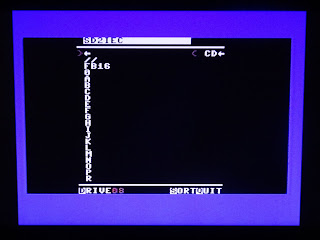 Of course, the first thing I loaded was RodMan, you get a free digial download version when you buy the tape set. (* what was I saying before about the lack of new games for the C16....) 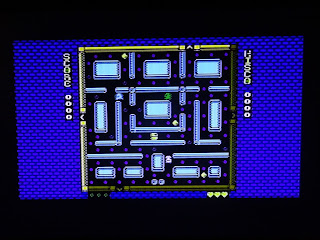 I tried out various other titles, and the activity LED was doing it's thing nicely on loads and saves. 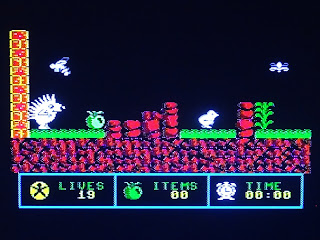 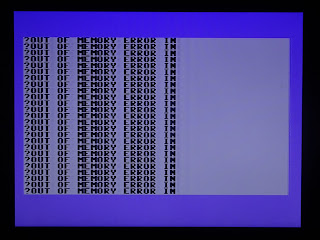