Atari 5200 not powering on repair and AV mod

Here we have an Atari 5200 that has arrived for repair, slightly worse for wear and a little damp due to courier / packaging issues. 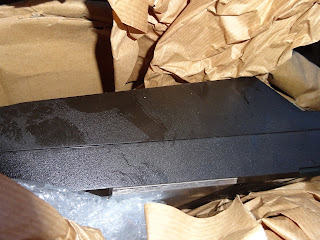 This one is reported as 'not powering on', and indeed that is the case. The 5200 has a rather convoluted power system. Power is fed in via the RF cable. I think that says it all really. 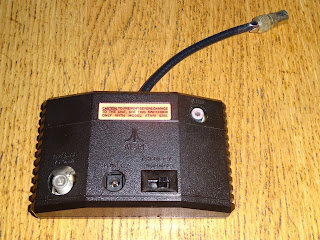 Power is injected into the RF cable by the external switchbox above. Inside that, the supplied current is monitored as it passes through a current sense resistor (actually two 0.33R resistors in parallel). This is amplified by the LM393 OP Amp and when it goes above a certain threshold, the relay clicks over and the RF output of the 5200 is connected to the TV in place of the antenna. 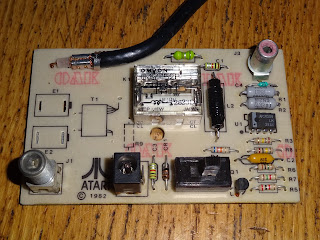 Inside the 5200 it continues, power is extracted from the RF, and is switched off via a soft on off switch, i.e. not a nice simple big clunky clicky switch (like the XEGS for example). Was all of this stuff really necessary? I mean, OK, it's a nice idea, and some engineers would have been really pleased with it technically, but how many review meetings did this go through? how many cost reduction exercises did this survive? I think we can safely say this was before the Jack Tramiel days. 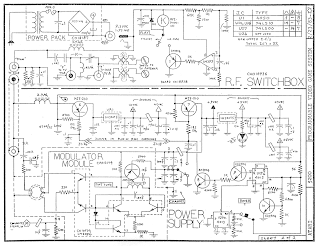 Here, a rather unusual and probably expensive SPDT push switch is used to toggle a flip-flop IC which will turn on a series of transistors which will eventually provide power to the 5V regulator (sorry regulators, after all, why have one when you can have two). 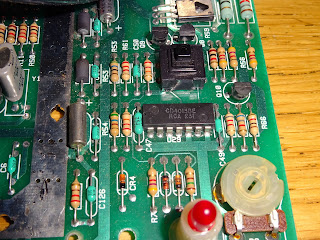 And this is where it seems to have failed. The 4013 is a dual flip flop. The first half is used to debounce switch switch and feed a clean pulse to the second half each time the switch is pressed. 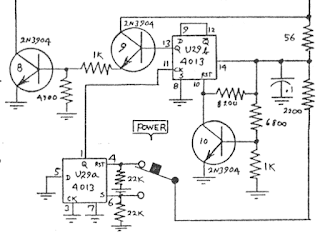 The second half then turns the output on or off as appropriate. It is a CMOS chip, so is happy to run off the unregulated 9V DC input. That 9V is getting through fine. Probing around, I can see a pulse out of pin 1 and into pin 11 each time the button is pressed. I can see the /Q output on pins 9 and 12 toggling, but the Q output on pin 13 is doing nothing. 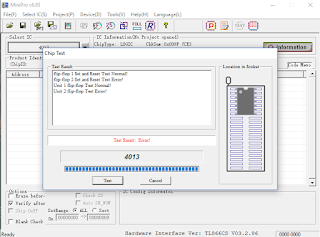 Yes, that would appear to be the issue. The 4013 failed testing in my MiniPro programmer. I didn't have a new one in stock, so I temporarily bypassed it by fitting a wire link from pin 13 to pin 14, effectively making it always on. 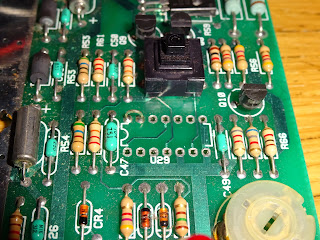 That allowed the 5200 to power up and everything else appears to be working fine. 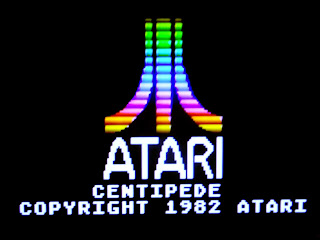 With a new 4013 fitted, the on / off power switch was back in working order. It will soon be losing the external switch box as I have been asked to convert it to 9V DC input, as per my previous post on Atari 5200 AV out / DC in modification, but the soft on / off circuit will still be used. 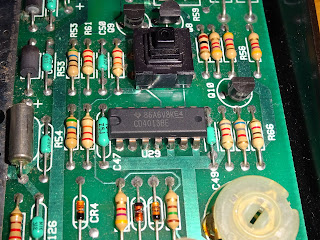 The last 5200 I converted was mine, so I didn't plan to refit the metalwork shielding cans, but in this case it is a customers, so I will. There is a suitable gap in the metalwork on the inside corner, so I fitted some heatshrink sleeving around the wire bundle for a little extra protection. 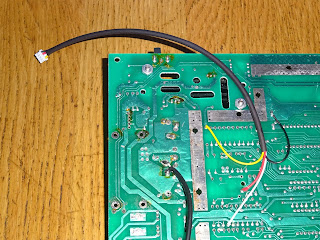 I used the same TFW8b composite mod kit. The parts on the 5200 to be removed and the wiring is the same, although I have picked up the ground at a different point to make the cable lie flat. 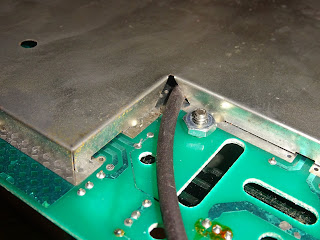 The rest of the modification is the same as before, with the DC jack in one of the cutouts on the back of the case. 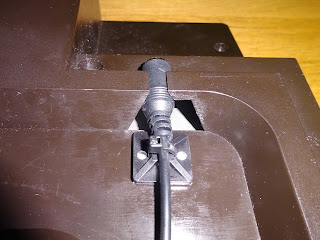 And the AV output board on the other. 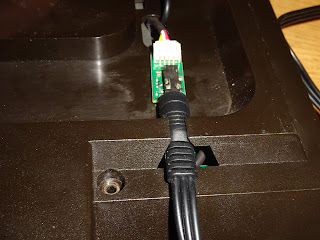 That gets covered by the trim that clips over it. That was originally where the RF lead was meant to be wrapped around. 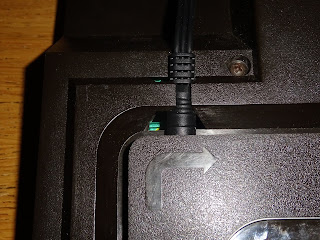 Another bit of trim I didn't mention previously (because it was broken on mine) is the massive storage compartment at the top of the unit. (which reminded me of an old sketch about useless gadgets that came supplied with the plugs already removed, ready to shove in the cupboard under the sink. It was from a TV show I had last seen 30 odd years ago but I managed to find the sketch on youtube). 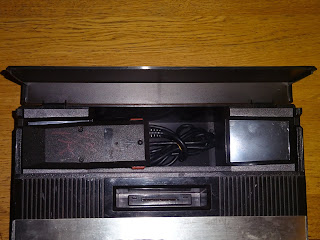 The 5200 comes with it's own storage compartment, where you can store the original controllers (when they break), although not the power supply or AV switch box. 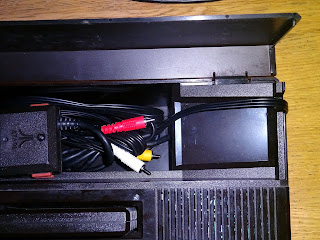 Thanks to notches at the side, it can also be used to store the AV cable. 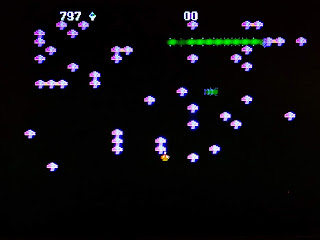 With all that reassembled, it is powering on and off and everything appears to be working.