25 years ago, I started University, hard to believe I know, given I have such a grasp of modern technology. I had an Amiga 500 that had served me well throughout my A Levels, but my parents had decided it should be passed on to my younger sister (who promptly sold it to one of her friends - I was very upset and don't think I have fully recovered). The University had lots of computers, so I was planning to use those, but I did end up with a laptop. Sort of. 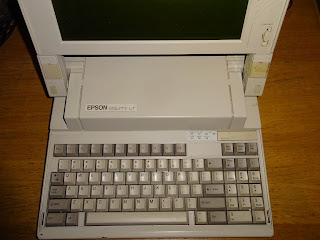 This isn't it, but it was a similar model, an Epson Equity LT. It had belonged to one of my dad's friends, and the screen had been damaged. He asked me to have a look, and I got him a few quotes from PC repair places to get a new screen. I think they were sufficiently expensive that he bought a new one instead, so I was left with the laptop, minus a working screen. 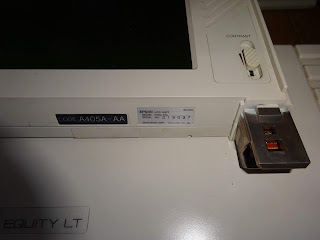 Handily, the screen detached, so I was able to remove the useless broken screen section. I was a poor student (boo hoo, but I am still accepting donations), so couldn't afford to get the replacement screen. There was a connector for an external monitor, 9 pin so monochrome or CGA, but I didn't have one of those either. 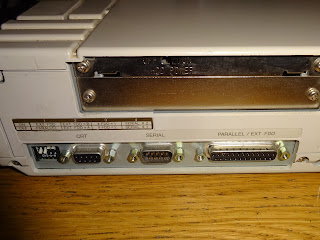 It also had a serial port, and what I did have was an old BBC Micro and a black and white TV (see above, poor student, 1994 etc.). So I remember I hooked it up with a DOS boot disk set to redirect the console to the serial port, and a terminal program on the BBC. I'm going to have a go at recreating that. Bit first, I need to have a look at this laptop. I have had an ebay saved search running for ages, and it finally turned up one of these, although this is a different model, it is the posher version. 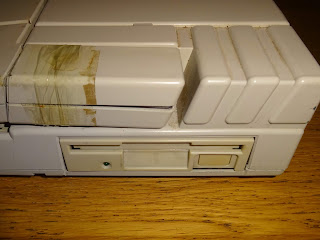 The one I had was an NEC V30 8086 clone with 640K RAM and two 720K floppy drives, one on each side. This one is the same except that it has only one floppy and a 20MB hard drive instead, but it's not in the best of condition. 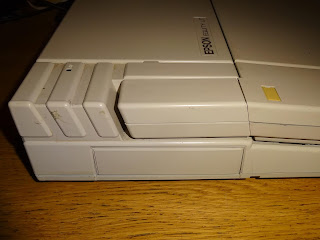 It does however power up, count up all 640K of RAM, but then flags up an error that the time and date is not set. This is a late 80s machine. It will have a battery inside. Oh dear. Better have a look at that. 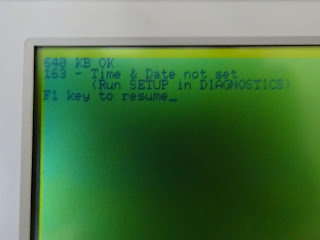 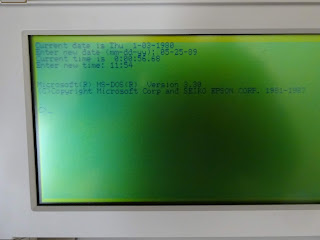 The hard drive is ridiculously loud, I guess I'm so used to fanless SSD systems these days. Right, time to get inside and see if we can find that battery. 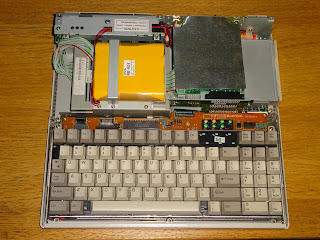 OK, there's a lot going on there. The main battery pack looks like 8 C cells, 9.6V at 2000mAh, I'll look at replacing that with new NiCad cells at a later date. 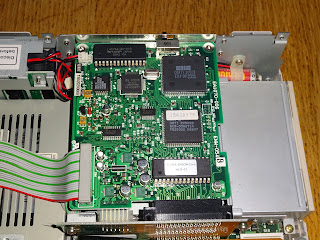 I've spotted the CMOS battery, but it's going to need a few bits removing to get to it. That board is the hard drive controller. I was hoping it might be an 8 bit IDE drive, but it doesn't look like it. The expansion slot is propriety, so I'm not going to be able to easily fit an XT-IDE type board, so there goes my chance of replacing it was a compact flash card. 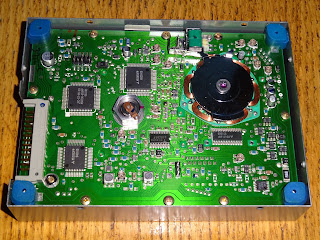 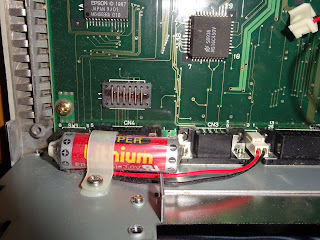 Ah, there's the battery. I'm pleased to say it hasn't leaked, that can be such a problem on machines of this era. This one is a 3.6V lithium cell in AA form with leads soldered to tabs. 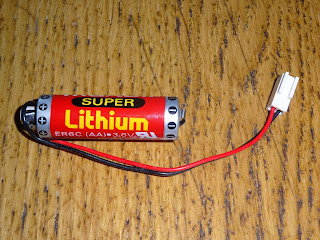 That measures 0.0V on the meter, so we can assume it is well and truly dead. I fashioned a replacement from a new AA 3.6V cell in a battery holder. That will save me soldering new leads on in 20 years when it next gets replaced. 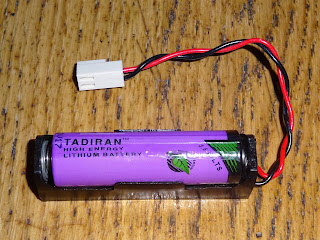 The holder is screwed in place using the screw which used to hold the P clip on the old cell. 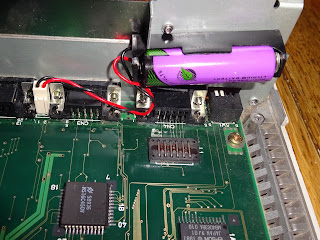 Whilst I'm inside, here's the heart of the beast, a 5 year old CPU design at the time, still going strong. 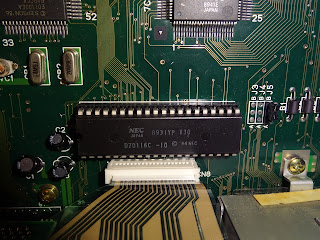 Some DRAM chips providing the 640K RAM, and two 8K EPROMs with the BIOS. 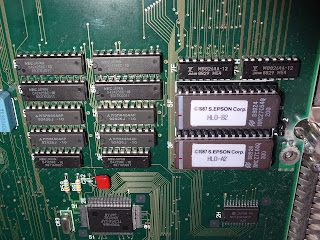 Putting that back together, everything is still working, and it should now be able to remember the date and time. Wow, that hard drive is screachingly loud. 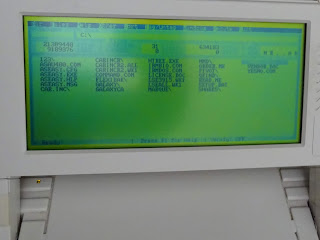 So, what's next. Well, after waiting ages to find one of these, another has come along, this time the dual floppy (i.e. quiet) version. That looks in better condition, but is listed as not working. I'm sure there's a plan forming here. I also need to sort out a BBC Micro with a terminal ROM and I think I have the original serial cable I used somewhere in one of the many collections of "things which might come in handy one day".