One common source of failure in consumer electronics new and old is memory. Often indicated by random failures, video RAM by garbage on the screen, and sometimes just blank screens. Usefully, this is often accompanied by the chips getting hot. 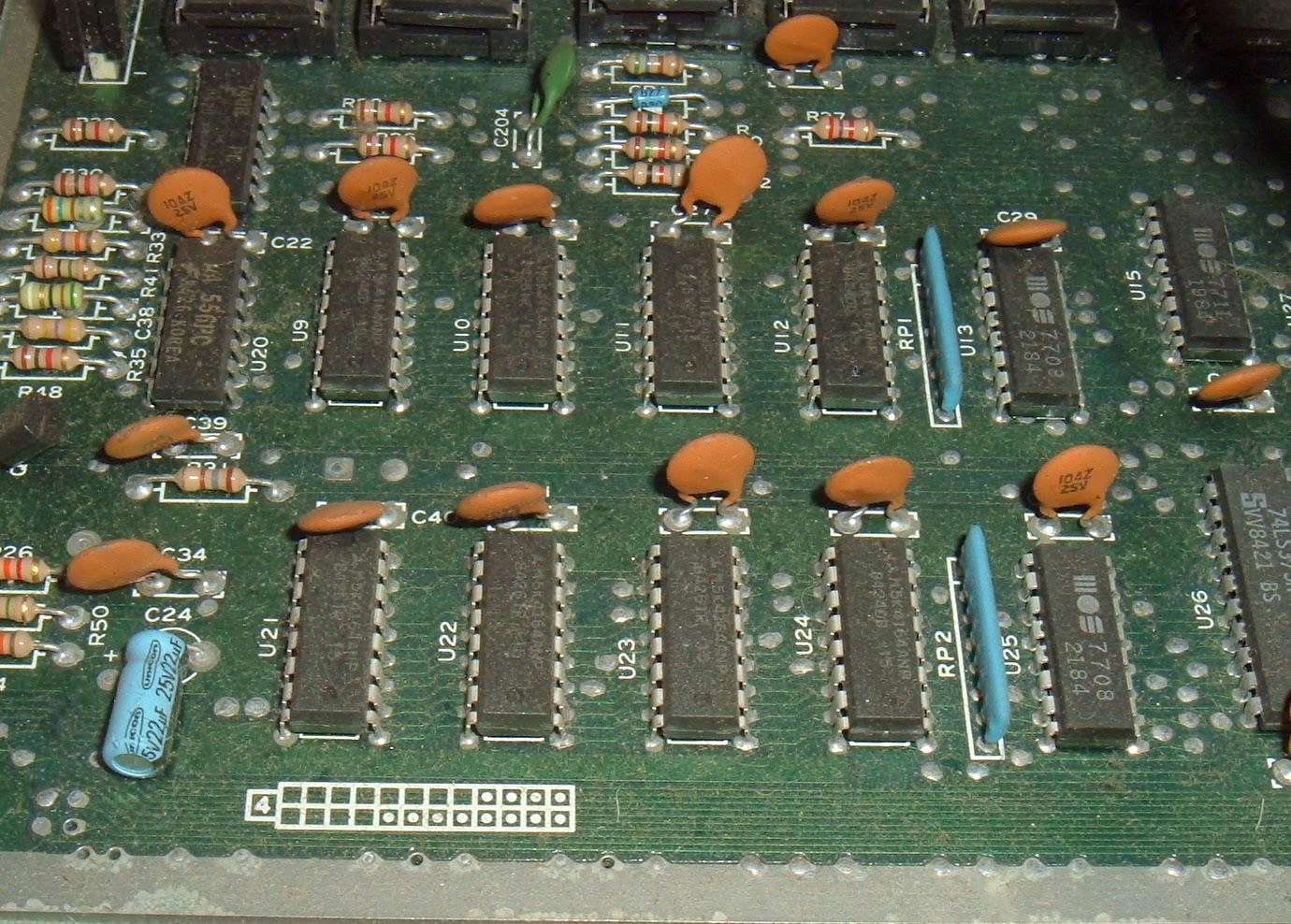 Older computers usually had multiple chips, 8 one bit chips arranged to make an 8 bit byte. This means that if one goes wrong, every byte of memory is affected.When there are multiple chips, it sometimes be difficult to identify the culprit. When there have been replacements before, it is often a good idea to replace all the RAM with a matching set of tested, working chips.

Here we have a Commodore 64 with a blank screen. No, this time it isn't the PLA, that's working fine. The CPU is also OK, and the ROM can be ruled out as it also fails with a cartridge present. So the DRAM is the next candidate. You can usually tell by touching each chip with a finger, if any are getting hot. This is not terribly accurate, and you can get your fingers burned. 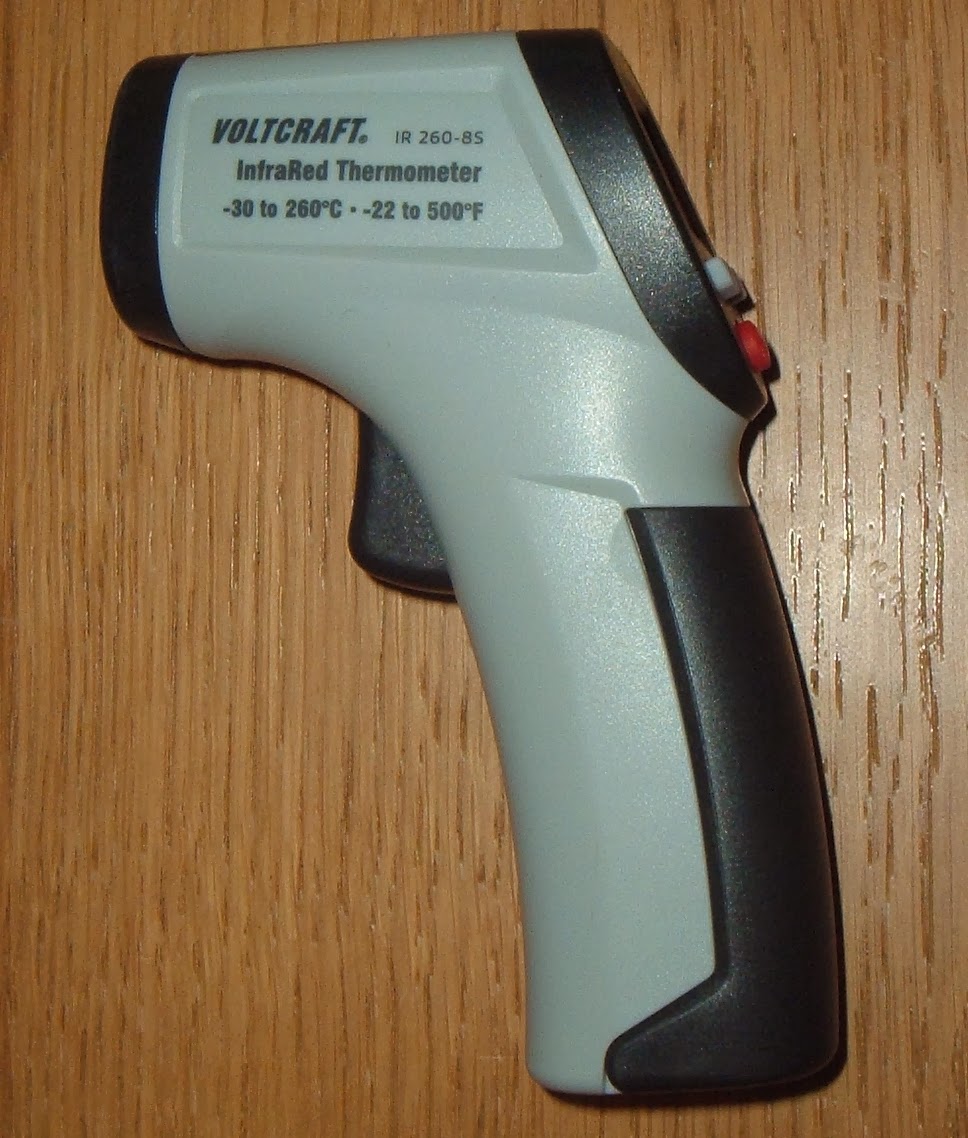 This is a handy little infrared termometer. It's good for this sort of thing as there is a small laser pointer which indicates the area it is tested, so you can see where the reading is from. Here are the results from the 8 DRAM chips. 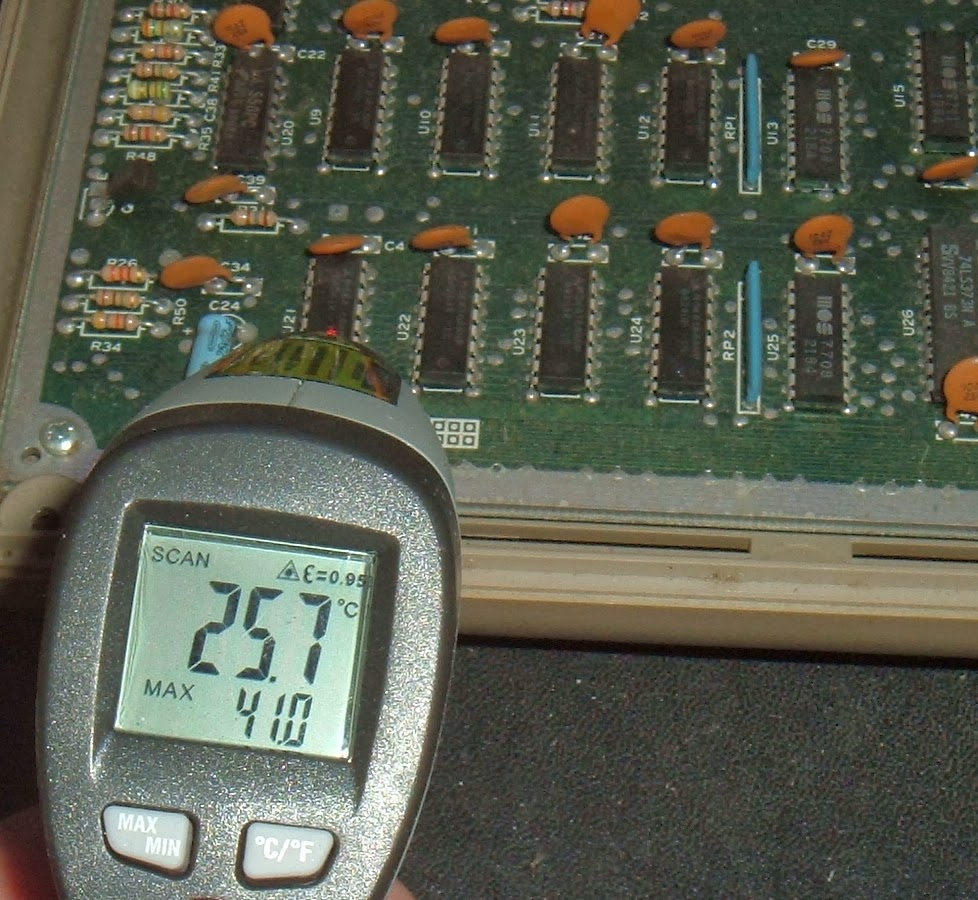 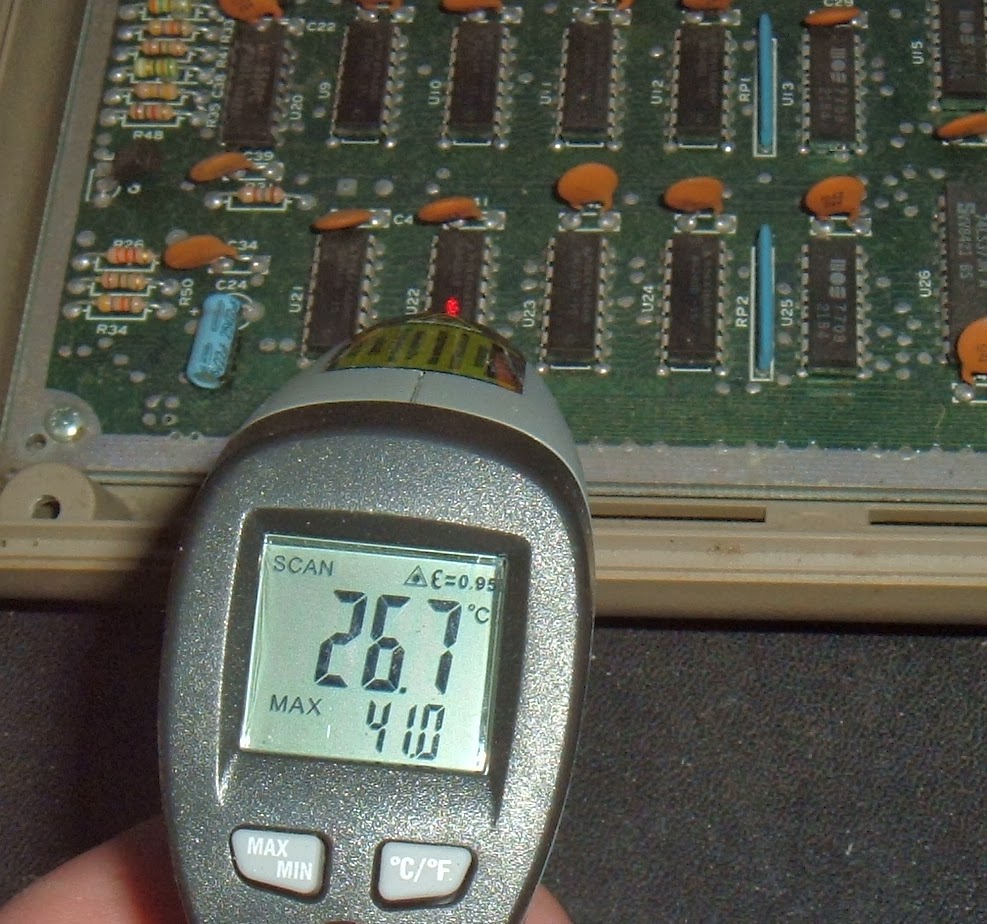 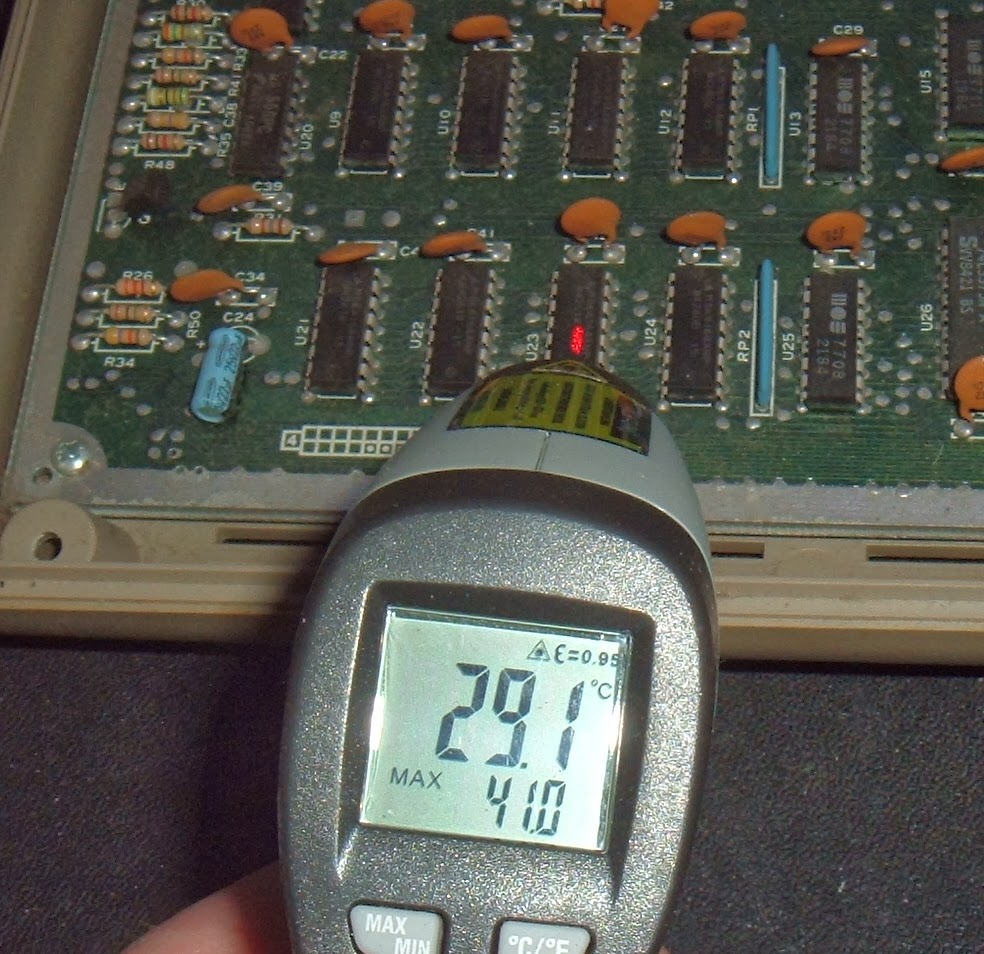 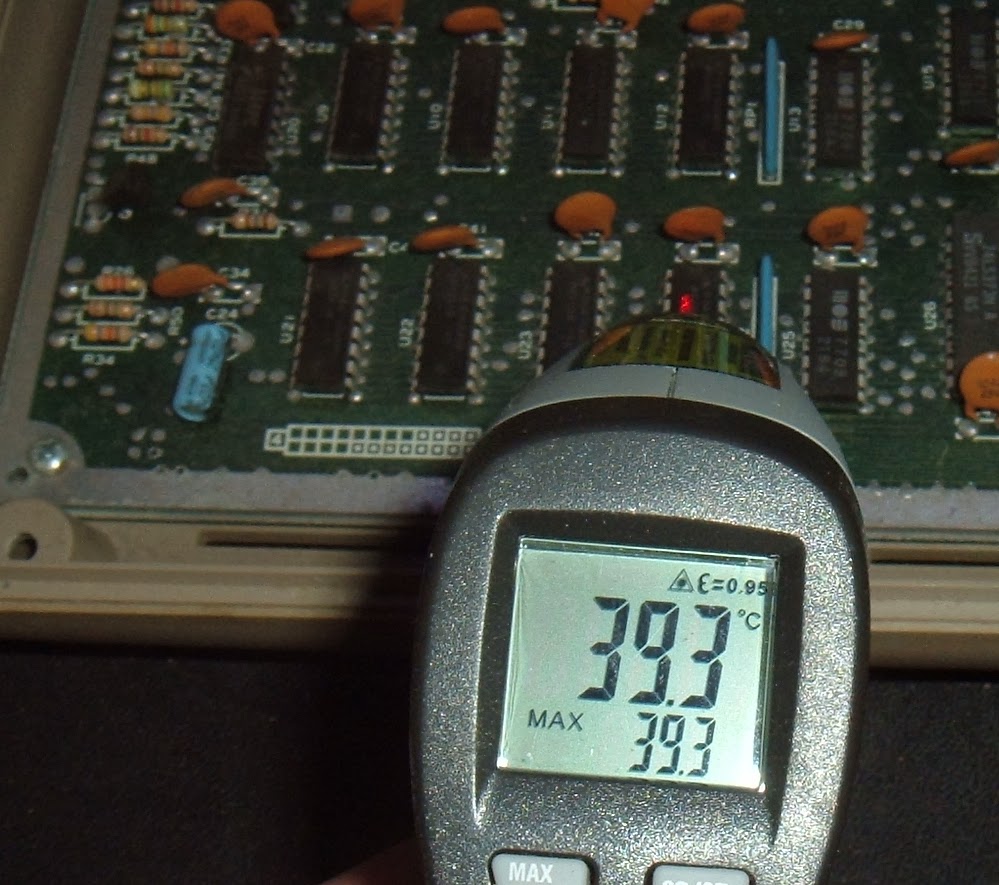 Most are in the 25-30 degrees range, and are fine, but there are three from 37 to 45 degrees which are likely to be faulty. A quick bit of desoldering and some replacement chips and a run through with the Commodore 64 diagnostic cartridge I put together last year, and another Commodore 64 is restored to life. 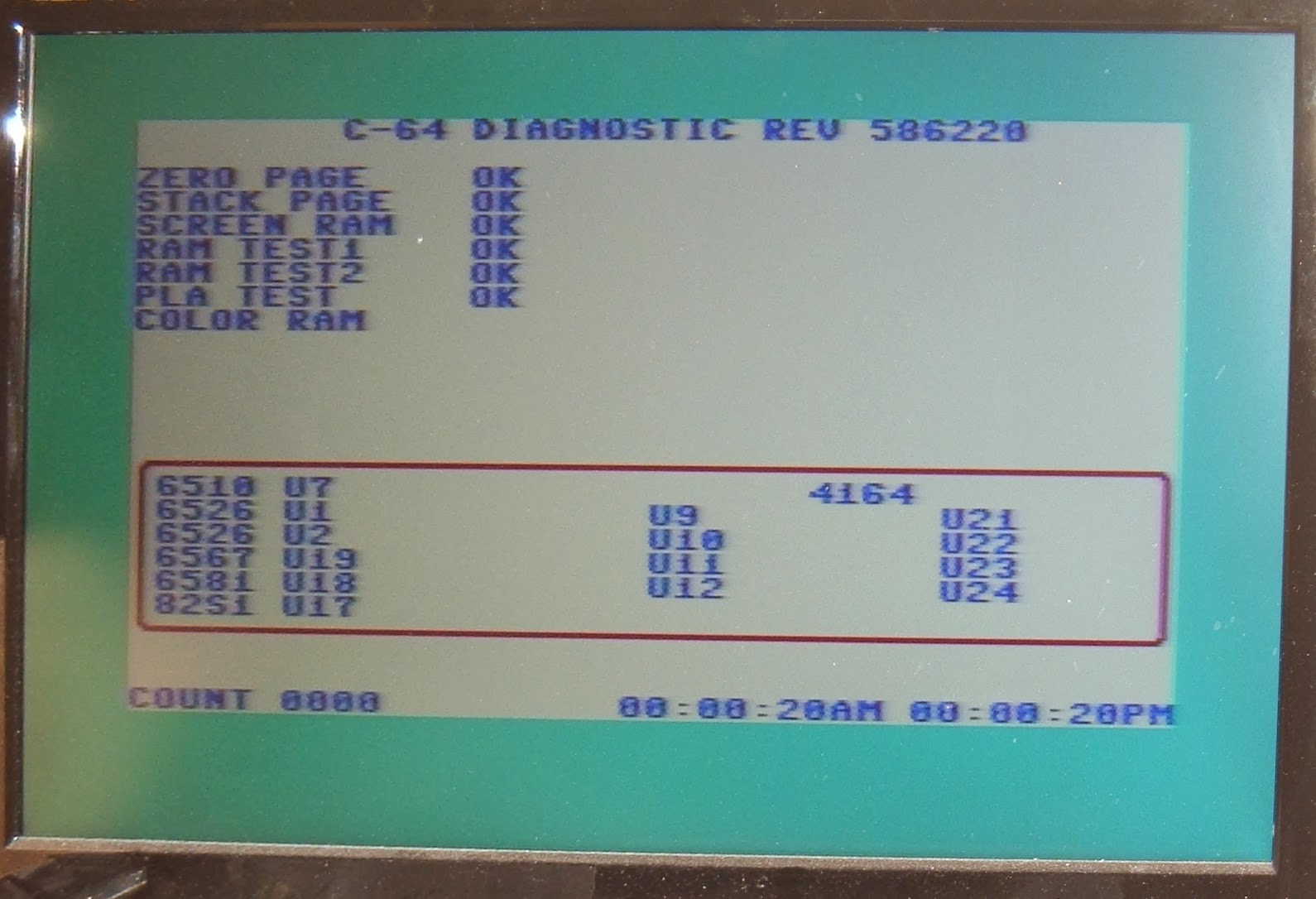