This is a BT Merlin Tonto M1800, a rebadged version of the ICL One Per Desk, which itself was basically a Sinclair QL with built in telephone and monitor. 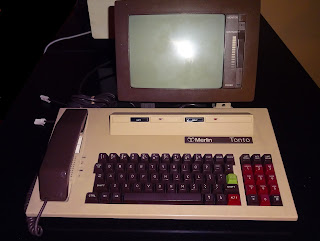 The monitor is a separate unit that rests on top of the main unit. The telephone handset is built in on the side of the keyboard 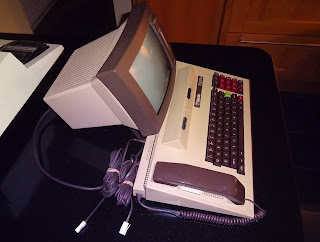 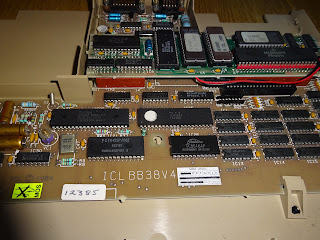 There are a surprisingly large number of ROM chips in here, 4 on the main board, 5 on a plug in module, and one more which plugs into that. It looks like it was originally designed with 2 ROMs on the main board, but there is now a piggyback board which plugs into the CPU socket, and one other chip (half of the speech synthesis circuit) and adds four ROMs in place of the two empty sockets below it. The plug in module also has a ROM chip plugged into it. 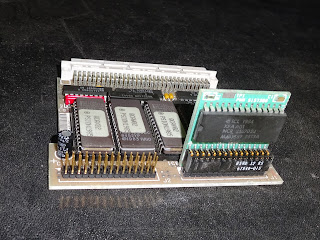 The status of all of this is unknown, as I am told the monitor 'went up in smoke' when the owner plugged it in to test it. 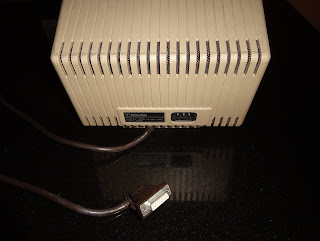 There is a single mains connection into the monitor, and connects to the main unit via a 15 way D plug. This supplies power and takes the video signal out of the unit to display. There was a version with a larger colour monitor, so presumably there are RGB signal available on the connector. This is the monochrome version. Inside thee are two board, one power supply and one to drive the 9" monochrome tube. 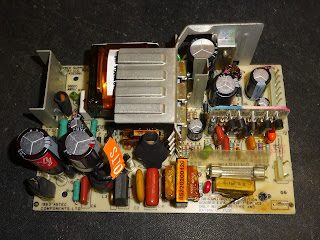 Like many Astec brand power supplies from the 1980's, this uses RIFA mains filter capacitors. The type X capacitors, usually 100nF sit across the mains input to reduce mains interference. They have a habit or exploding when not used for a while. Spotted the problem yet? 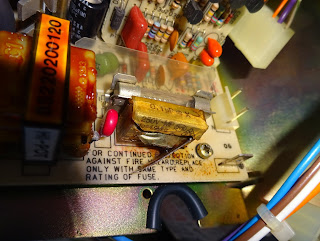 I've only had one of those blow up on me once, many years ago, and it makes a lot of acrid smoke that lingers for ages. I've seen evidence of several others like this which have gone bang, and these days I always check over anything before plugging it in, and if I find these I replace them immediately before applying mains power. 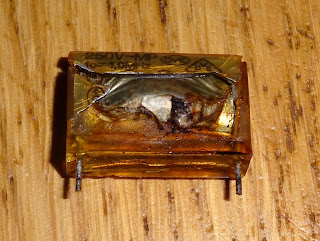 These are used in BBC micros (whose exploding power supplies are well known), and later Acorn machines, some Apple IIs and IIIs, anywhere you find an Astec branded mains supply. 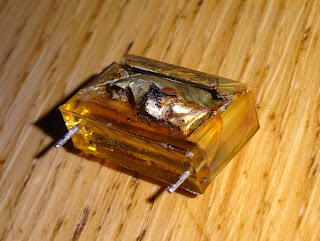 They are not the only ones, see a previous post on exploding Commodore PET mains filters. 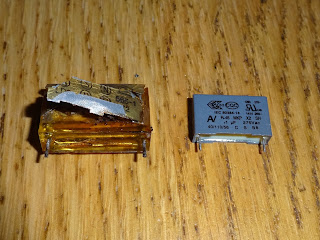 I replace these with modern X2 rated capactors. these are smaller, but the PCBs often have multiple pads to accommodate smaller devices. 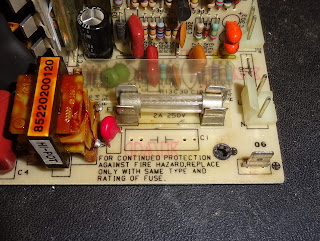 I checked over the other capacitors and they all seemed fine, values within range and no high ESR readings. 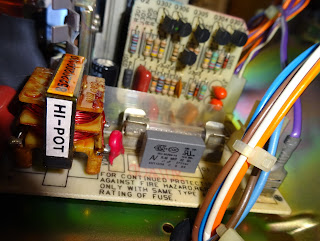 With that replaced and everything reconnected, time to test it out. No smoke, always a good sign. 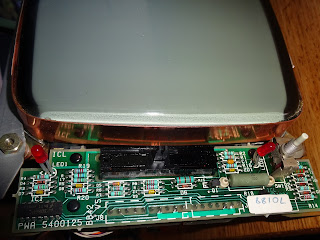 The picture was initially faint and flickering, but that was cleared up by cleaning the brightness control, a slider variable resistor on the front. With some contact cleaner and working it back and forth a few times, it was able to smoothly adjust the brightness, and the picture was nice and stable 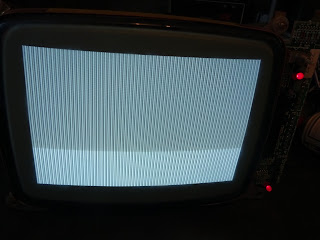 On power on, the screen showed various tests, clearing the screen, filling it up, and various patterns of lines. These can be used to diagnose faults. In this case, this pattern tell me I hadn't plugged in the telecoms module. 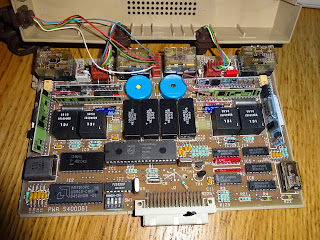 This is a removable section, and I had removed it whilst testing. It has the handset and two line cords attached and various telecoms related items and an 8051 microcontroller inside. 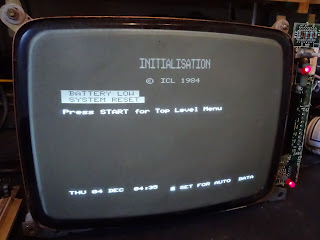 With that reinstated and powered back on, we're in business, the system appears to be working and is reporting a battery low condition. 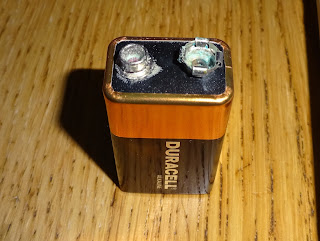 The battery is a PP3, and there is a Duracell installed. I'm not sure how old it is, but there is no use by date on it, I'm sure they started printing them a long time ago, so this must be quite an old battery. Luckily a well made battery that hasn't leaked, even though the terminal voltage is 0.0V. 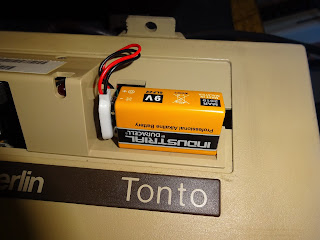 With a new Duracell installed, the self test passed and the top level menu is displayed. 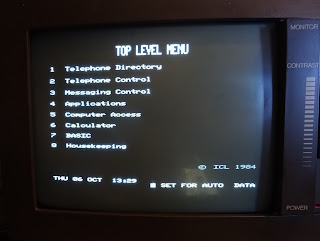 It looks like everything is working, all the keys test fine, and I can navigate through the menus, set the time etc. 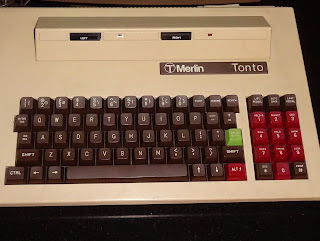 The keyboard is a quite nice Alps model, which remind me of the type used on early Atari 800XLs.

Neither of the two microdrives were working, I have now fixed those, but I'll write that up in a separate article. (UPDATE - ICL One Per Desk Microdrive Repair) 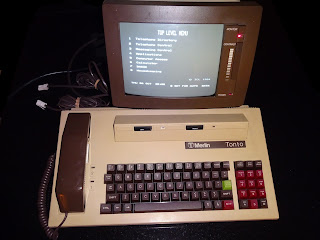