When I got my Nissan Leaf (see my Review of the Nissan Leaf Part 1, Part 2 and Part 3), I knew that one thing that was going to be a bit of an issue was charging the Leaf at home. The best I had come up with was using the 'Emergency Charger', plugged into a normal 13A socket and run out of the door. 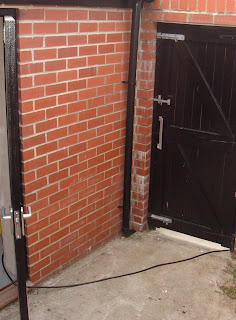 This wasn't ideal as the charger box either hangs down from the socket, or is precariously balanced on a nearby shelf. 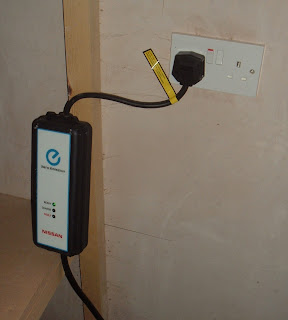 As I'm using this more, I've been thinking about some different options. The first was to attach some sort of cradle to the wall beneath that socket to better hold the charger up. But that would still leave it running under the door. The next option I considered was to get a box fitted to the outside wall with a 13A socket and a space for the charger. That seemed like the best option, but I thought I should have a look around and see what other solutions had been found. During that process, I found that British Gas were offering to install free charging points for electric vehicles. Don't worry, it's not the traditional meaning of the word 'free' on the internet, it is actually government funded, so no cost to me. Other than information, it contains a GSM device which provides information about how I use the charging point. Seems fine to me. They could gather the same information by looking a the back of my house every day and seeing if there car was there and plugged in or not. 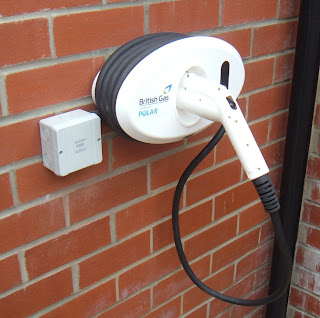 The device was installed in the same place I'd been planning to put my box, but is self contained, and wired direct to the mains, so can charge at 16A rather than the approximately 10-12A limit of the 'emergency' charger. 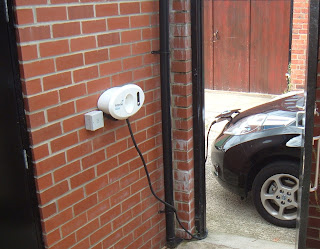 I can then close all the doors and leave the car on charge. No needs to prop the door closed with a half brick, or use extension leads and have to worry about rain. 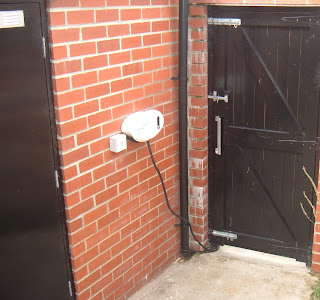 More details of the British Gas Free electric vehicle charging package. The program is running until March 2015, so get your free charging point now!

Update:
The unit really is in exchange for data provided, and unfortunately that means you need to have a good mobile signal at the location you plan to have the charging point installed. If there isn't a sufficiently strong signal, they won't install it, so best check first.
Posted by Dave Curran at 13:58