Time for a new phone. Apple or Android? Neither. One with a dial and a curly cord please. Back in 1979, we moved into a new house and it came with a brand new BT 746 phone. It's simple technology and still works well, and I've used it on and off for the last 35 years. 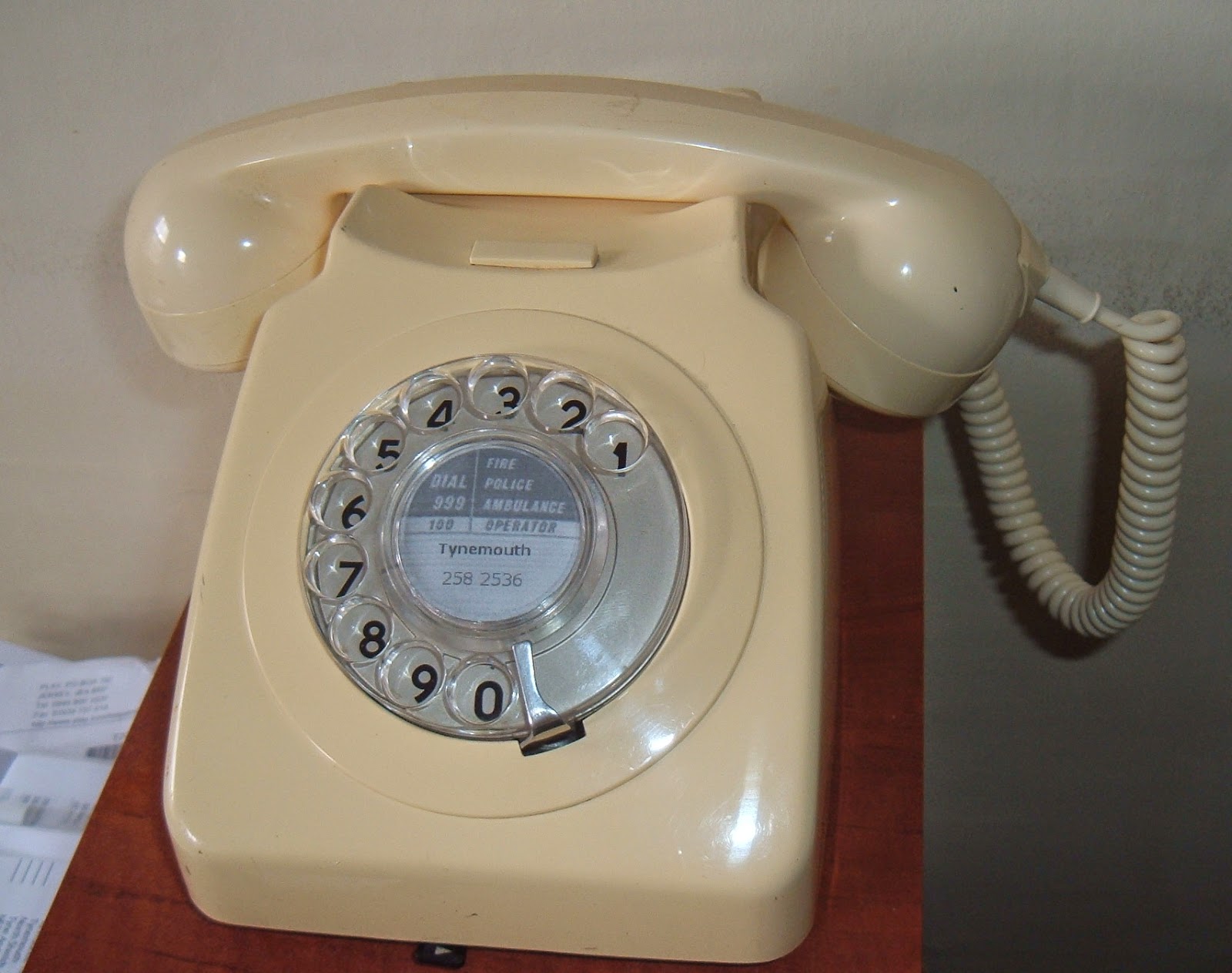 When originally supplied in 1979, it was wired directly into the house phone network, and sat in the hallway as the only phone in the house. The date code of 79/3 on the bottom confirms the date. 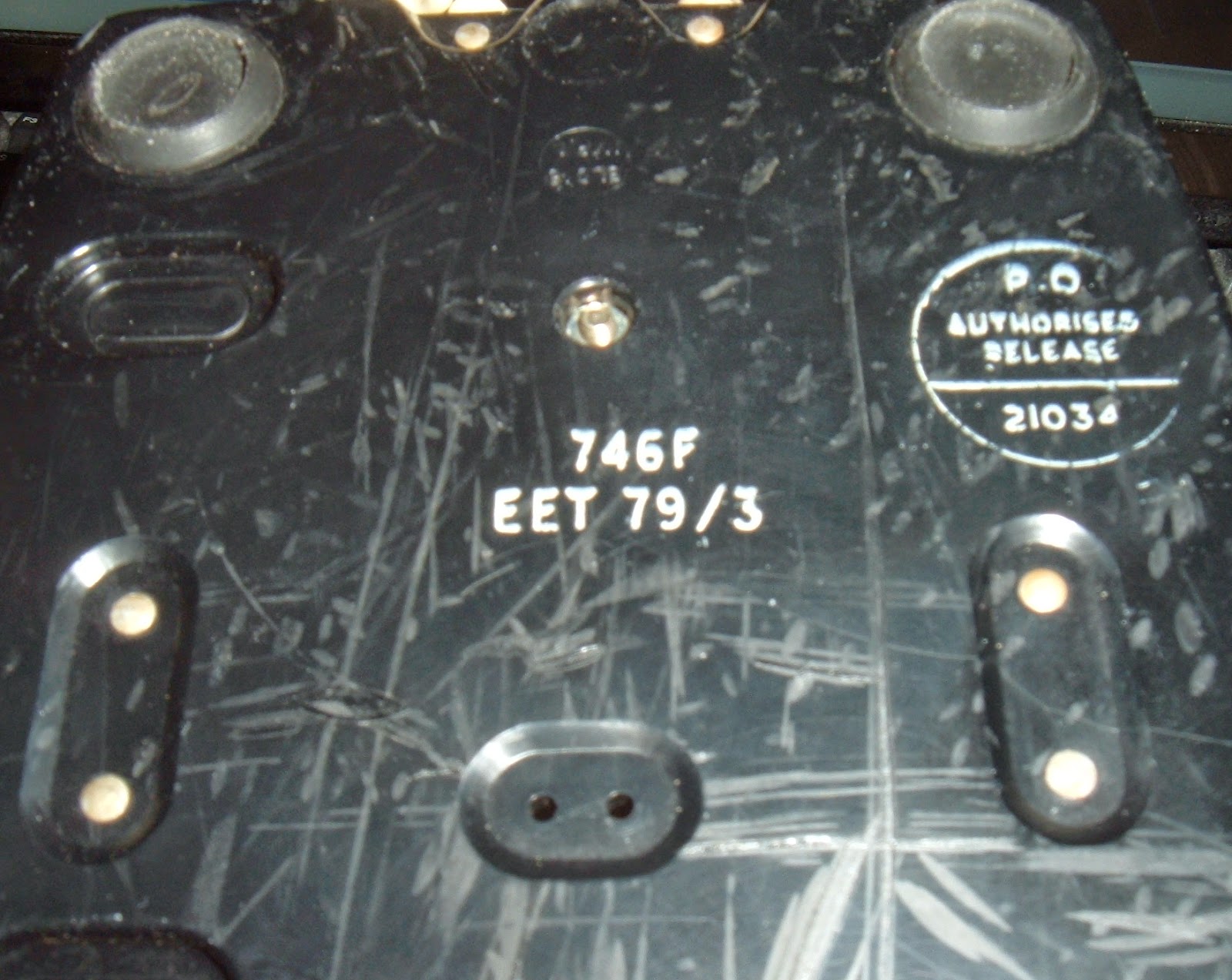 Sometime in the mid 1980's, the house was upgraded to a plug and socket system and the phone was retired to be replaced with one of those new fangled push button things. Sometime in the 1990's, I needed another phone, so converted this to work on the new system. About 5 years ago, I gave it a bit of a cleanup and a new curly cord. The parts were still available (I got mine from Abdy Antiques), and the new cord fitted perfectly. 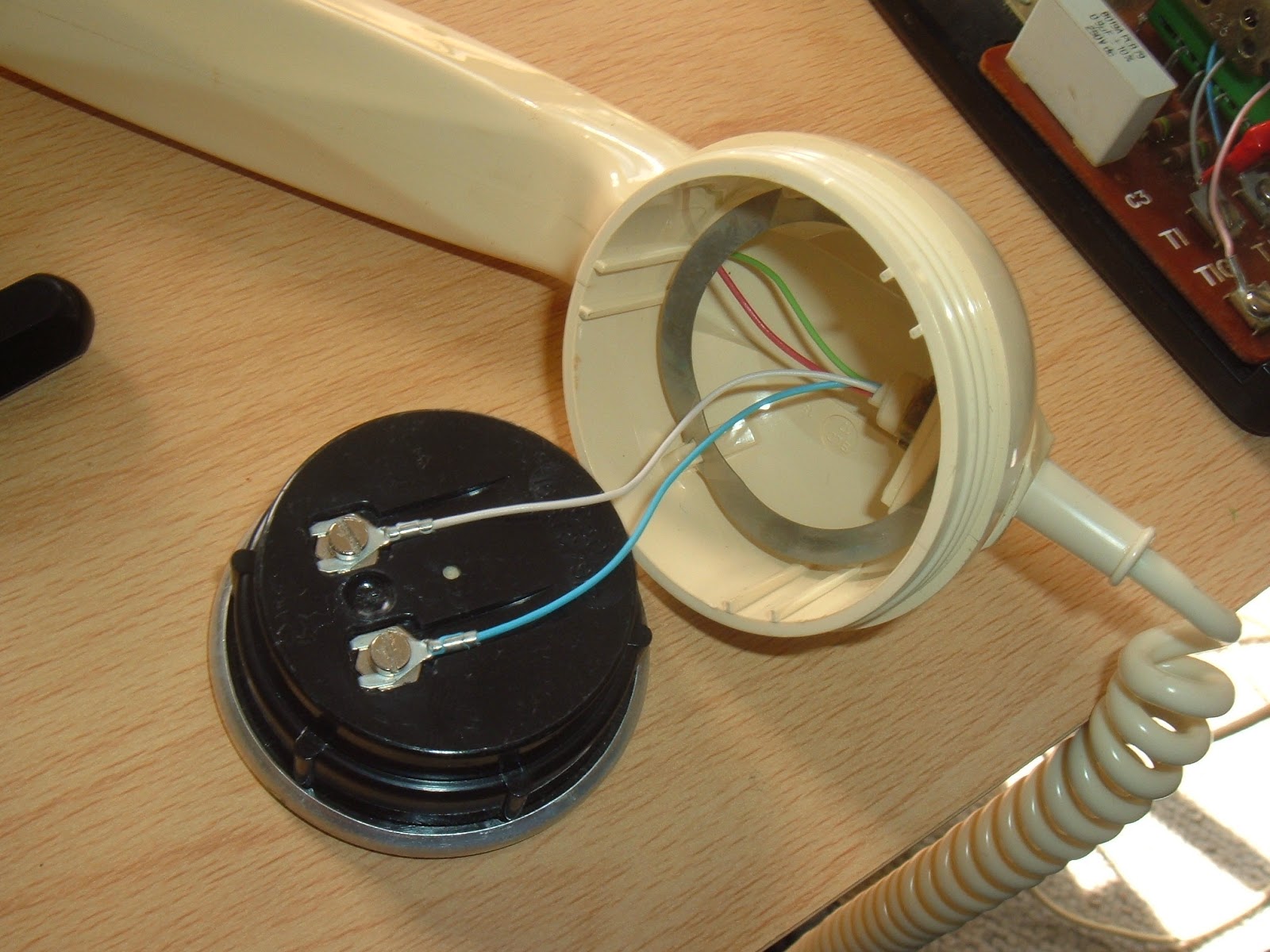 It was an easy job with screw terminals at both ends. You can see the new handset cord on the left, and the original line cord on the right, just a bit dirtier. 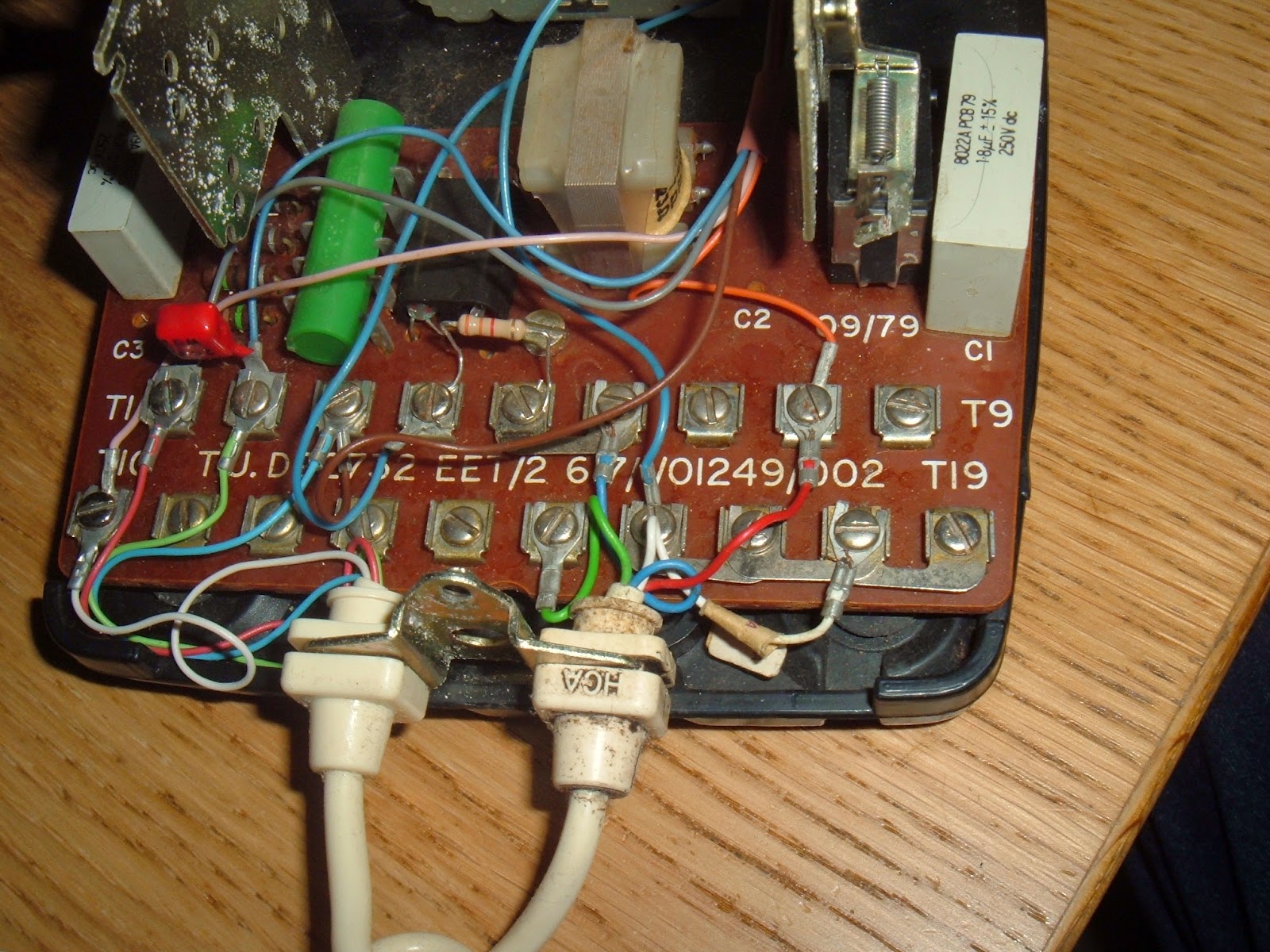 The dial isn't the fastest way to make a call, it's ok for things like 1471 and local numbers, but I think mobile numbers would be a bit of a push. Now I find the need for another phone, out in the workshop, just on the edge of the range of the cordless DECT phones I use elsewhere. This time I went for the BT 741 model, the same sort of thing, but designed to be wall mounted. 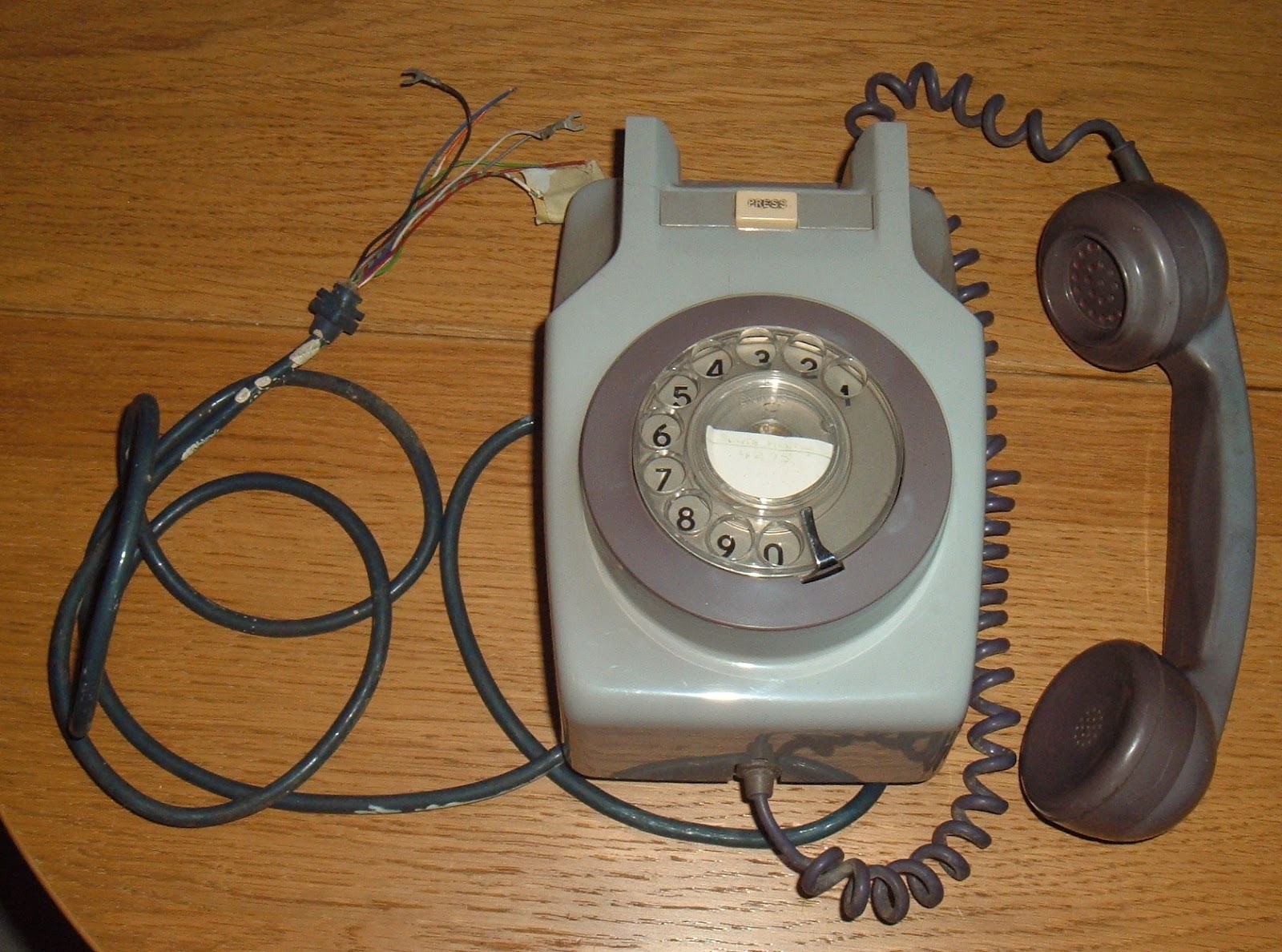 I picked this one up on ebay, it appears to have been directly wired to some internal telephone system, but the great things about such simple elegant technology as this is it is just a case of changing the wiring inside to set it up for use on modern phone networks. 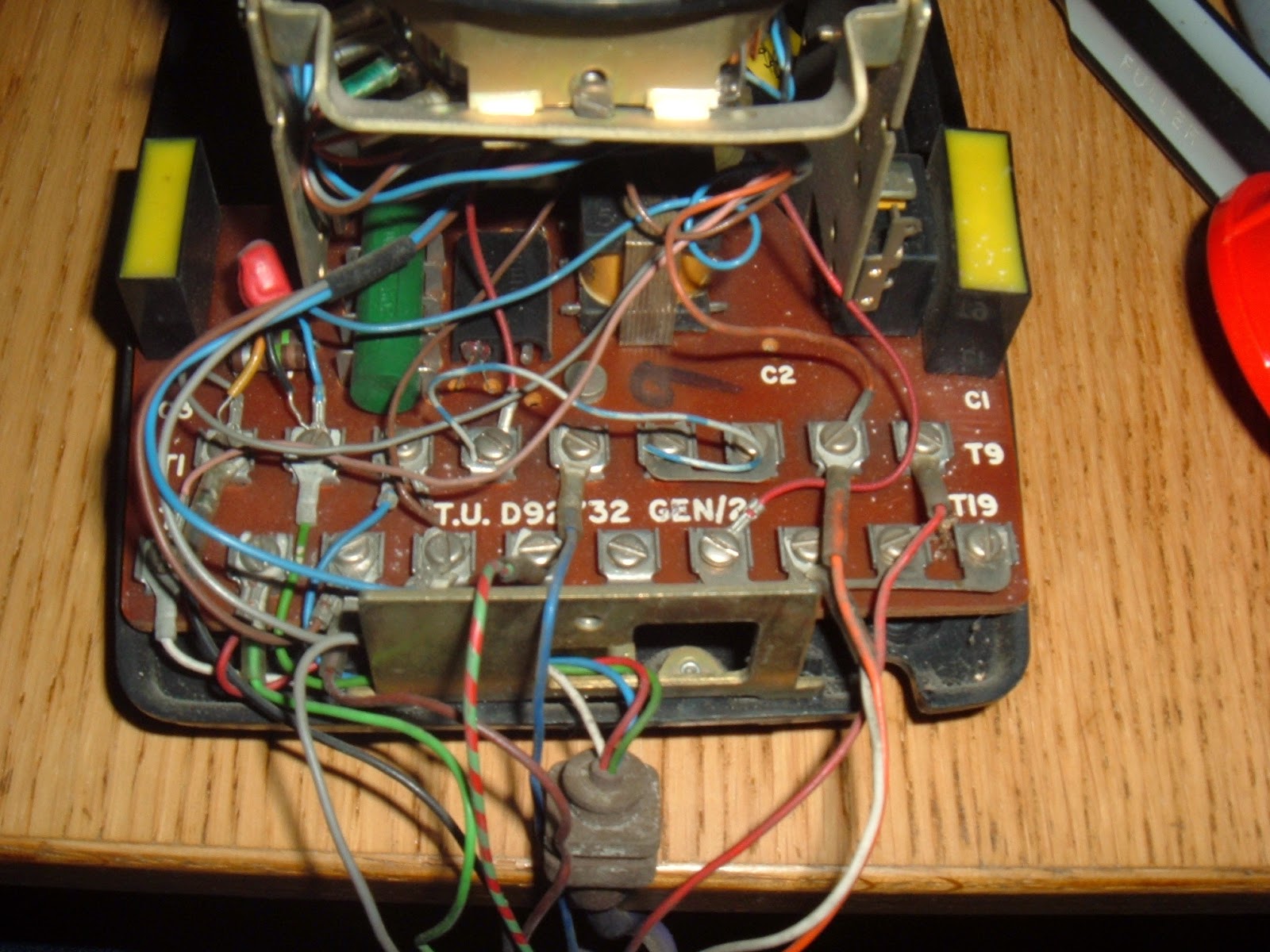 This is how it was wired, a bit more that usual going on there, but much of that is to do with the phone system it was wired to. The rest is pretty much standard and was so from the 1950's I think up until the mid 1980's. It's all well documented, the site www.britishtelephones.com  has lots of information, and here is the full circuit diagram. 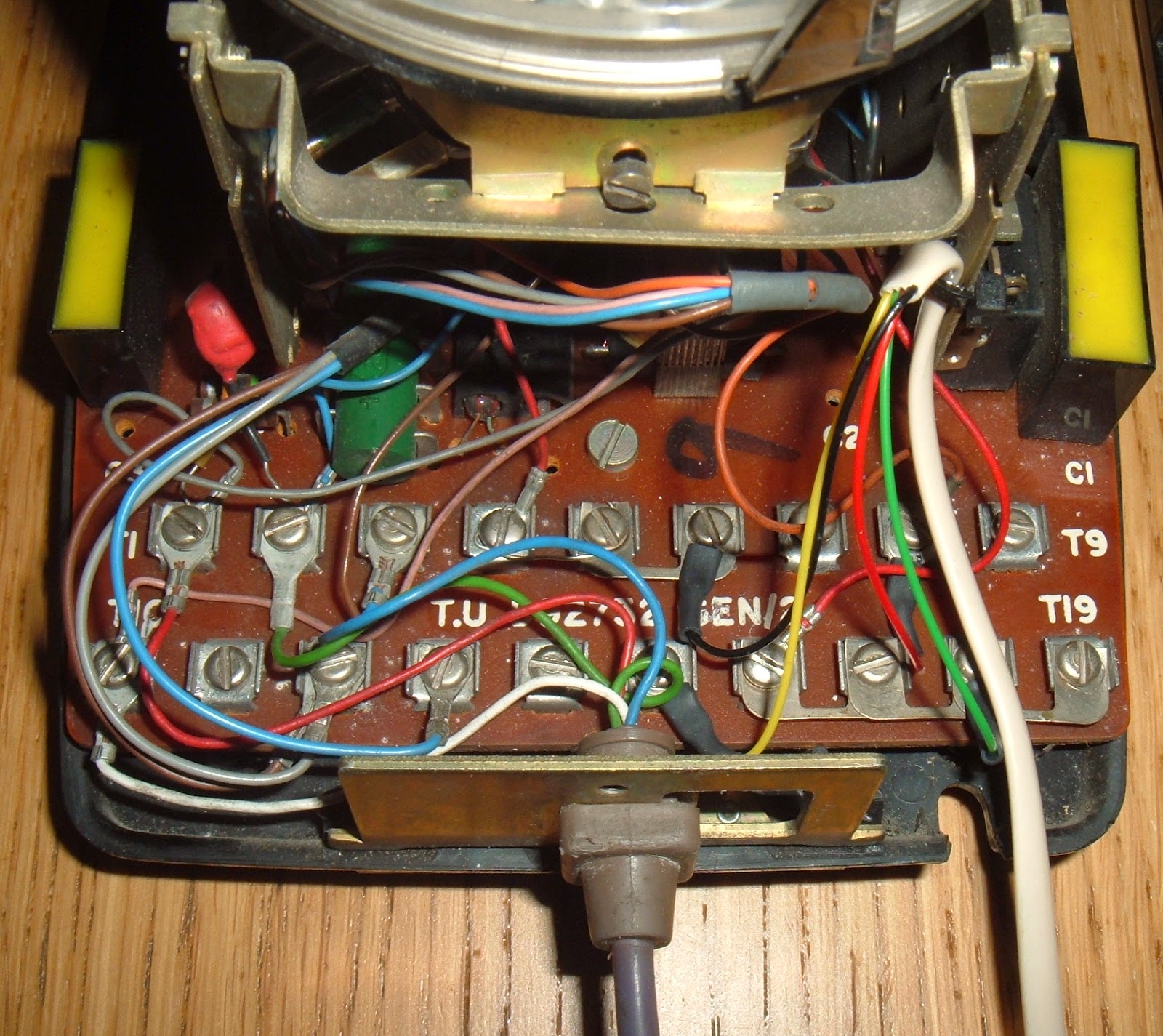 Here is the 741 rewired for modern use, following the instructions on the site for 700 series phones. I made up a new line cord out of an old modem lead, but the rest was just screw terminal work. 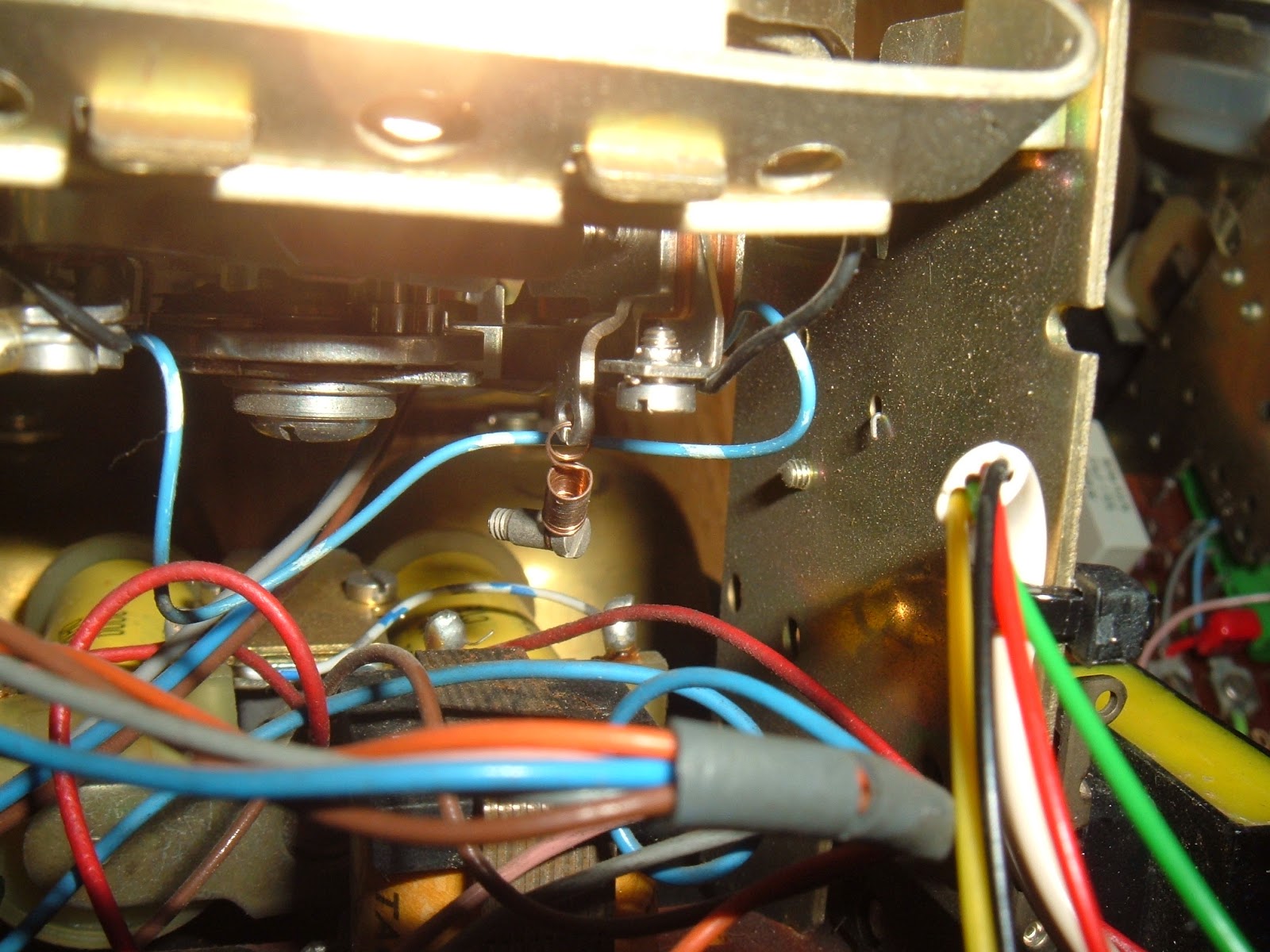 Looking inside, I saw this dangling down, I don't think it's meant to be like that. But these things were designed to be serviced, so the dial mechanism folds down so you can see what is going on. Not quite the same as a glued shut iPhone. 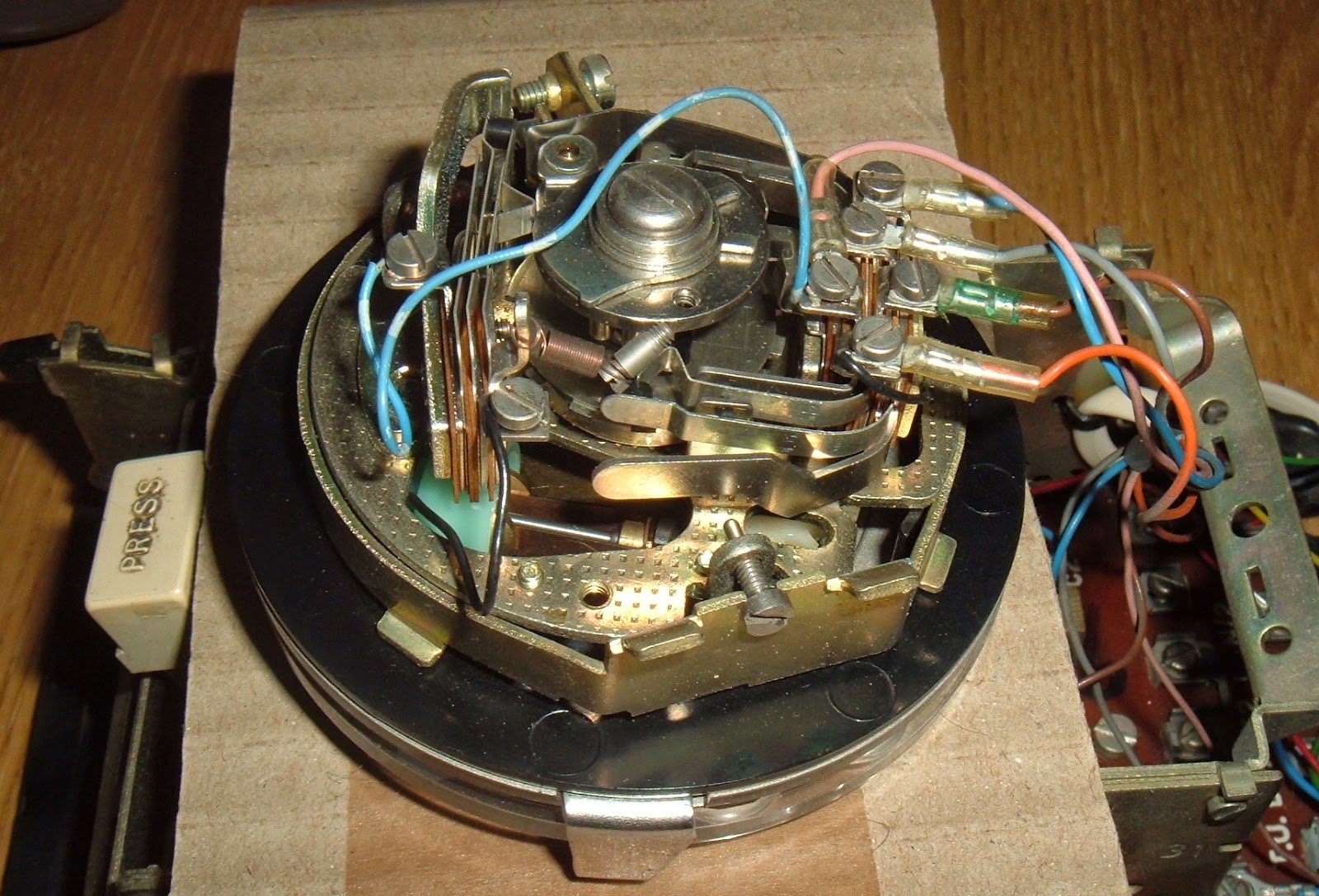 This is the back of the Type 28 dial mechanism. Two things here, one the spring and screw were loose. Not sure if that was deliberate, or happened in transit. The other is the blue wire, which appears to be shorting out the switch. It may have been set like this to stop outgoing calls being made. Removing those and setting things back to how it should be, reassembled and tried again. Success, all seems well, and I always think the sound quality is better than the wireless phones. Give me wires any day. 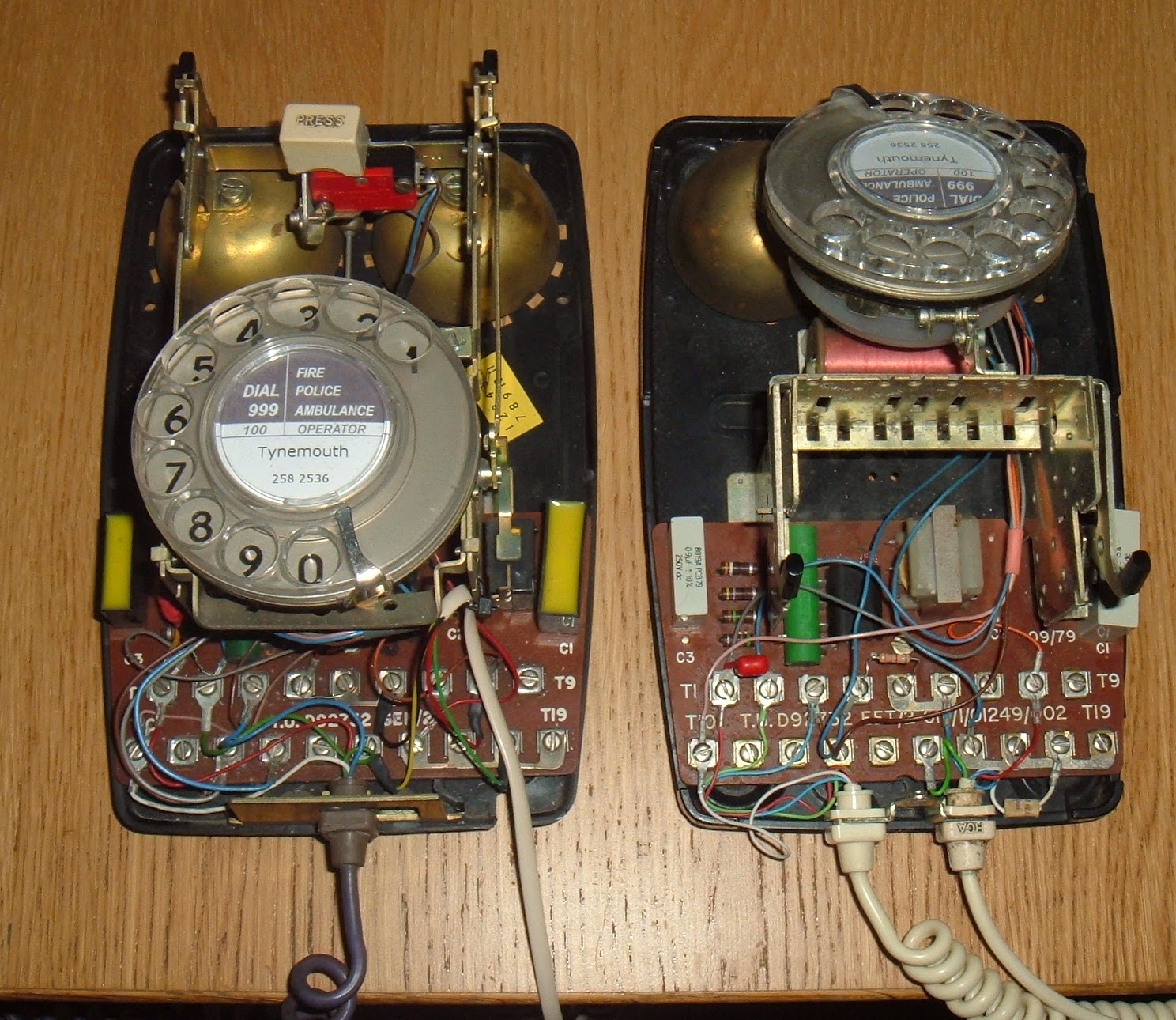 I checked over my old phone at the same time, as you can see it's largely the same things, just the dial and hook are reversed. This particular 741 had an extra switch, although that is not connected. I can't think of anything for it to do, but I don't have a blanking plate, so I'll leave it there. It would have been used for an intercom or a door release or something. The 741 is a later model with a 4000 ohm coil. The 746 has the older 1000 ohm coil, so has a 3K3 resistor in series to reduce the loading for a modern phone. Still I like to use a microfilter on the line, so it generates its own ring signal. 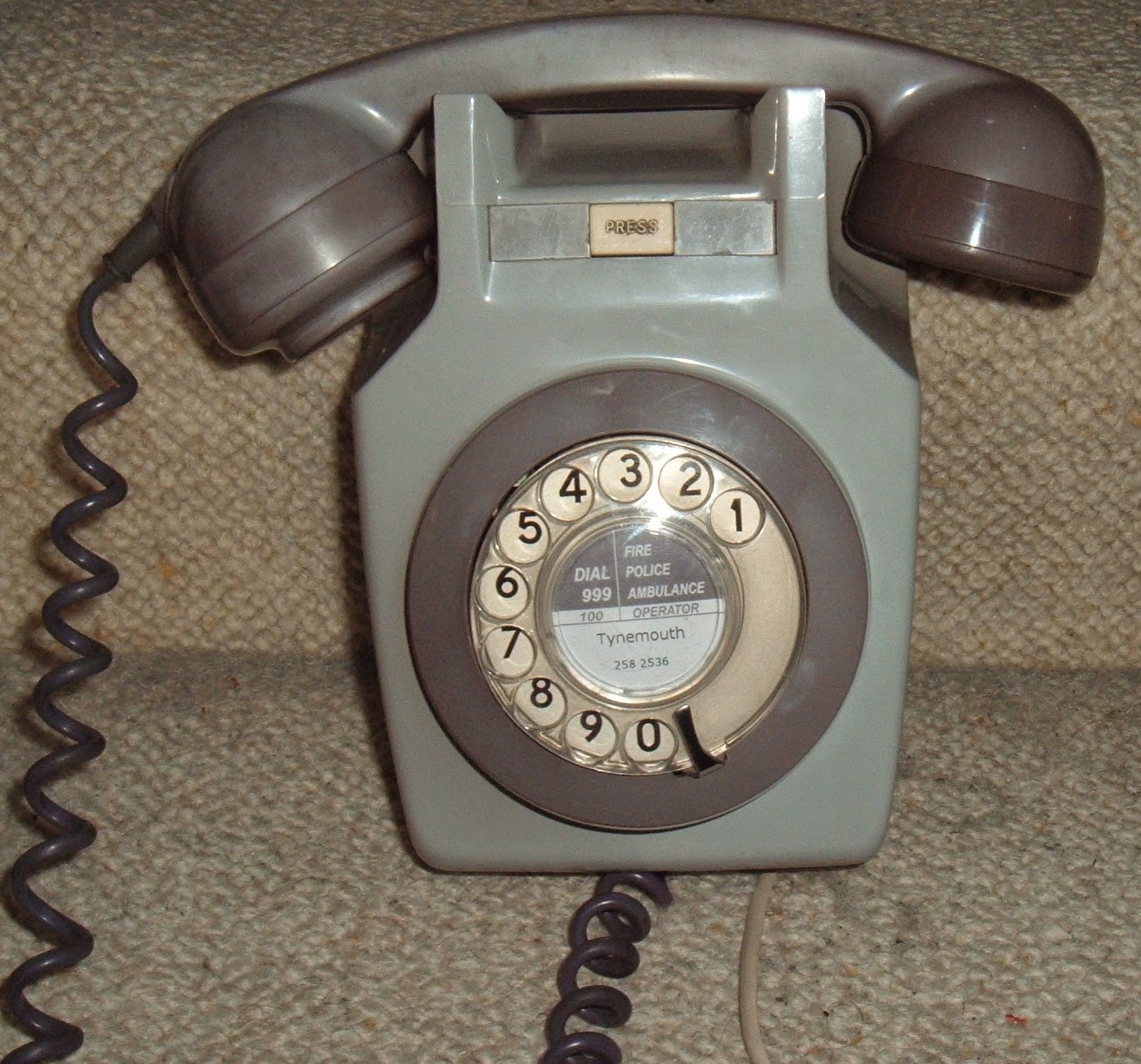 All it then needed was a wipe over with a damp cloth and a new paper disk with the number on. 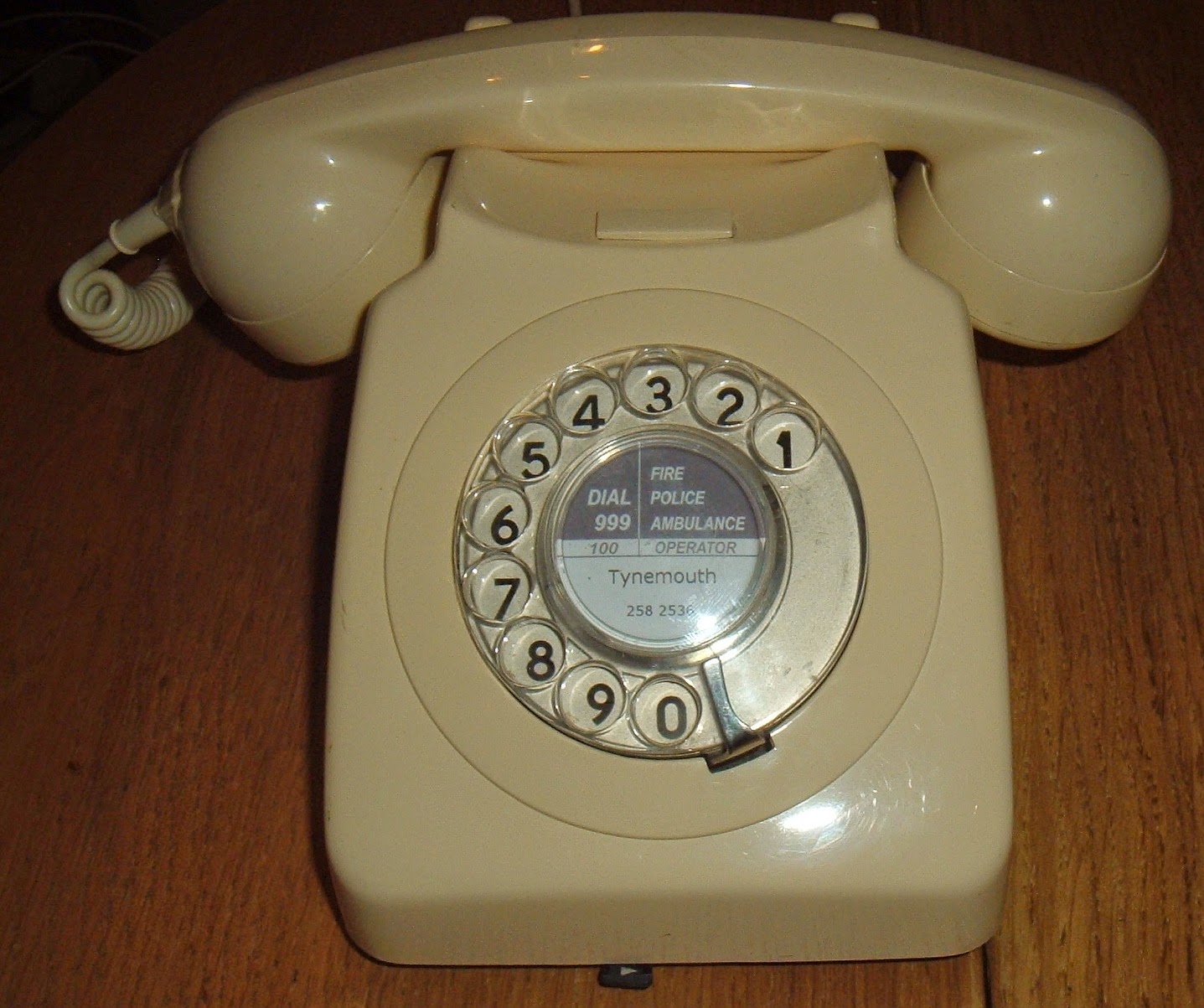 The 746 also got a new number disk and that was it done for another five years. 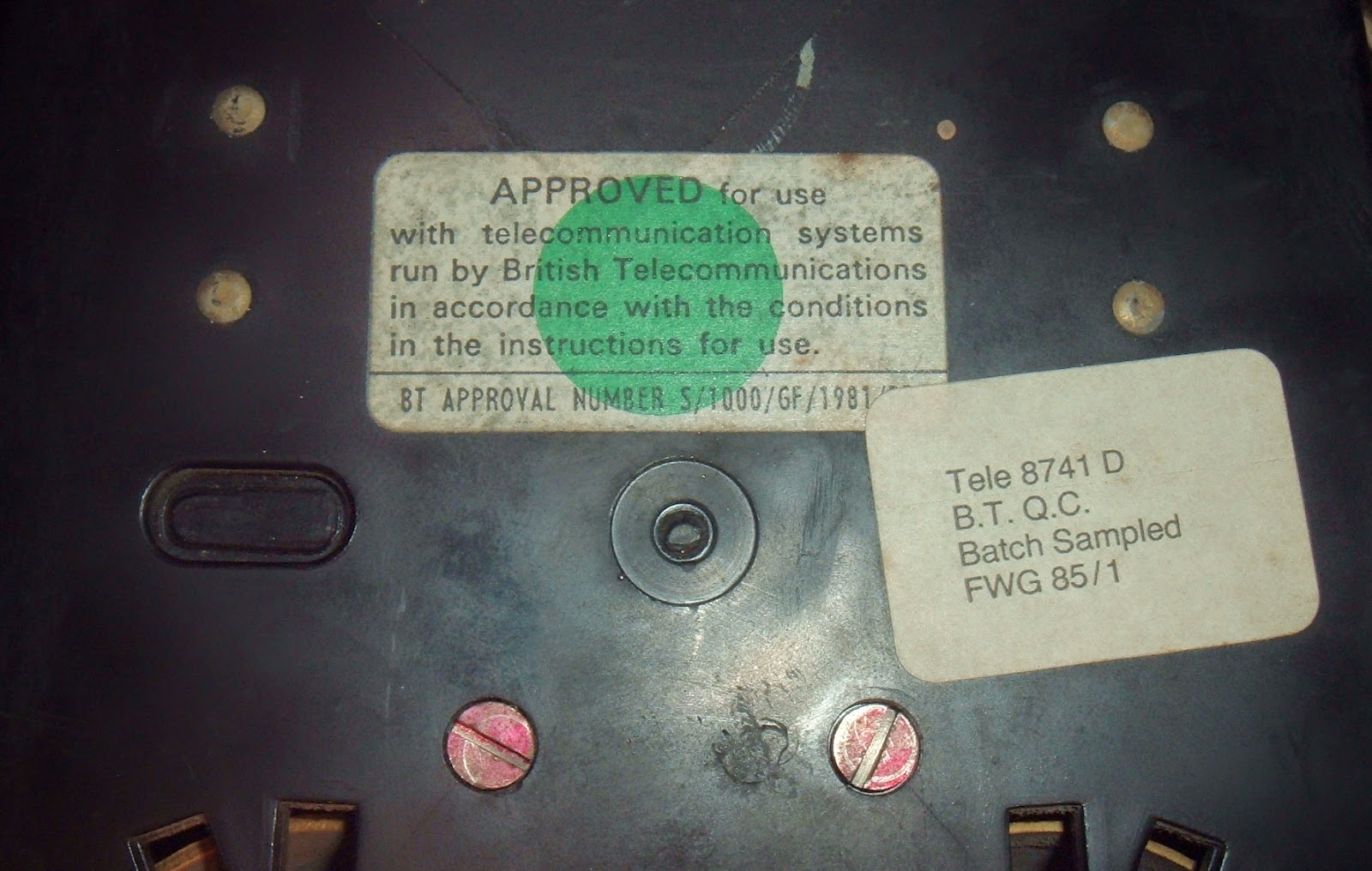 There is the question of approval for connection to BT, but the 741 dates from 1985 and was actually an 8741, so was designed to be used on the new network and has a green approved sticker. Has that been rescinded?

As with any of these posts, use your common sense, do not attempt things like this if you are not confident you know what you are doing. Although mains voltages are not present there are still over 30V and should be treated with care.
Posted by Dave Curran at 17:27